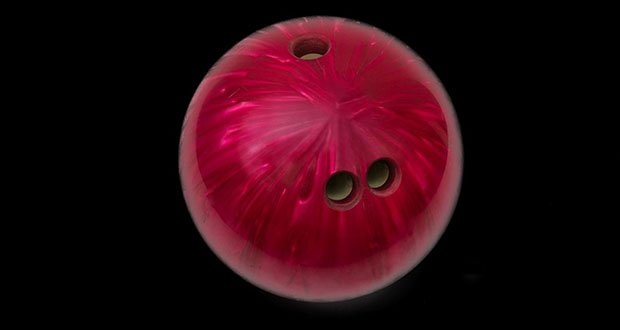 So one of our readers asked us this question the other day, If I were to drop an object, a bowling ball, down an infinitely long vacuum tube, what speed could it reach? Given that an object can’t travel faster than the speed of light and that there is no resistance which of these two overrides the other?
I know this post isn’t going to get a lot of views, but here it is anyway.

Well, if you release a ball from rest in a vacuum, it just remains at rest. There’s nothing to fall to. But I assume you meant to ask (by indication of the word “drop”) what would happen if you released a ball some arbitrarily large distance from Earth and released it, letting it fall to Earth via gravity. (We can also just assume that the only gravitating mass is Earth; so forget about the Sun, the galaxy, everything else, just to keep things simple.) Also, we have to ask “what speed could it reach relative to what?” So in this scenario, since the person dropping the ball is at rest with respect to Earth and the ball is also initially at rest with respect to Earth, we mean the maximum speed of the ball relative to Earth.

The only force acting on the ball is gravity, which falls off like 1/r2, but which is always positive toward Earth. So, yes, the ball continues to accelerate the entire time until it hits Earth. But that doesn’t mean its speed is unbounded!I think this is one of your misconceptions. Dropping a ball from a larger and larger height above Earth does mean it will hit Earth with a larger and larger speed. But it does not mean that you can get an arbitrarily large speed. Why?

Forget about relativity. Not even Newtonian physics tells you that the ball can achieve an arbitrarily large speed. If the ball is released from rest at distance R from the center of Earth, then its speed v when it is a distance r from Earth satisfies the equation:

This is just conservation of energy. So if you want to know the largest possible speed, then let R –> infinity and let r–> rEarth. The speed in the equation is then the speed of the ball it has reached when it gets to the surface of Earth, if you release it from rest infinitely far away. You just get

Note that this is just the escape speed of Earth at the surface. Why? Well, escape speed is just the speed necessary to escape to infinity with zero energy (i.e., come to rest at infinity). Think about the equivalent question: “what speed do I have to throw this ball radially outwards from Earth for it to escape to infinity and end up there at rest?” The answer is the escape speed. Now since Newtonian mechanics is completely time-reversible, just play that video backwards. Now you are asking “what is the maximum speed a ball can reach if it falls to Earth under gravity from infinity at rest?” Well… the escape speed.

A strictly positive acceleration in Newtonian physics does not imply that the speed must become arbitrarily large. A particle can accelerate forever, but at a slower and slower rate so that its speed never surpasses a certain threshold. There is a great temptation to think otherwise, but I think many people will be thinking of cases where you apply a constant positive force forever. Yes, in that particular case, the speed in Newtonian physics would become arbitrarily large. But gravity is not a constant force.

If you want to interpret the question as asking about applying a constant force to a particle for as long as you want, then fine. But I would say the word “drop” very clearly suggests that bowling ball falls under gravity. The misconception will be thinking that it’s only air resistance or something similar that would prevent such a ball from reaching arbitrarily large speeds (again, in Newtonian physics). That is not true. Even without air resistance, there is a speed which the ball cannot have surpassed by the time it reaches Earth’s surface.

Also people might be concerned about the gravitational pull of this infinitely long vacuum tube. First of all, part of understanding physical problems, hypothetical or not, is understanding the spirit of the question and recognizing what is a necessary assumption and what is not. The reader inserted a tube in his question only to make sure the ball falls through a vacuum. No such tube is needed in the problem and we do not have to entertain the existence of such a tube at all. There was no intent for the reader to actually imagine releasing a ball infinitely far from Earth inside an infinitely long tube. Attempting to include this mysterious tube in the solution is very pedantic and misses the entire point of this exercise. Don’t lose sight of the forest for the trees.

However, if you insist on such pedantry, then it actually doesn’t affect the solution at all. The gravitational field inside an infinitely long cylindrical tube of homogeneous matter is exactly 0, as you can verify via an elementary application of Gauss’s Law or elementary considerations of symmetry.

SPOILER ALERT: It’s the same as the Newtonian case.

Suppose the only two objects in the universe are Earth (a spherically symmetric, non-rotating, homogeneous ball of mass M) and the ball, with negligible mass. Then the exterior of Earth is described by the Schwarzschild metric of general relativity. As observers very far away from Earth, our coordinates are approximately the same as those of the Schwarzschild metric, which are, roughly speaking, the distance r from the center of Earth and time t. The ball is dropped from rest at distance R from the center of Earth, and it then falls to Earth under gravity. What is the speed of the ball when it reaches Earth’s surface?

Strictly speaking, this question is ill-defined. Why? The speed is actually coordinate-dependent. This should make sense, because we could always work in a reference frame at rest with respect to the ball, and so the ball would be at rest when it hits the surface of Earth. Also, in general relativity, the fastest speed for a particle is not equal to c. This is something that is not really well-explained in the popular science. Light rays right next to you always travel at c, sure. But because your coordinates are not globally inertial, the speed of light is not c everywhere else. However, whatever the speed of light happens to be at a certain point (called the local speed of light), that is the maximum speed at that location. That is, no particle can travel faster than the local speed of light.

Okay…. phew. So what is the final answer? Well, if you do the full calculation, you find that the speed of the ball in these coordinates cannot exceed a certain value and it is bounded away from the local speed of light! What does that mean? That means the ball cannot reach speeds arbitrarily close to the local speed of light, even in relativity! Please carefully note though that this bolded statement is true specifically only for some classes of observers, including the Schwarzschild observers, who are observers at rest infinitely far from Earth. The Schwarzschild observers are the closest relativistic counterpart to the inertial Newtonian observers.

In the Schwarzschild coordinates, the local speed of light at distance r from the center of Earth is

where rs = 2GM/c2 is the Schwarzschild radius of Earth. Note that the local speed of light is greatest at infinity and gets slower as you consider locations closer and closer to the center of Earth. But the value of rs for Earth is very tiny, only slightly less than 1 centimeter. So if we consider only r > REarth, the correction to the local speed of light is extremely small, about 7 parts in 1010. But whatever, let’s keep it for the fun of it.

Look at that! It is formally exactly the same number as in Newtonian physics. (Well… almost. Remember that the radial coordinate in relativity is very slightly longer than the Euclidean radial coordinate. But because the Schwarzschild radius of Earth is so small, the max speed in the relativistic problem is negligibly different from the Newtonian value.) So even the relativistic ball cannot achieve speeds arbitrarily close to the local speed of light. There is some threshold well before the local speed of light that the ball’s speed cannot pass.

AskUs: Is there any way I can alter my driving behavior to help reduce traffic?

May 5, 2016
Latest Posts
Subscribe to Blog via Email
Did you know?
Loading...
Facts of the Day
Registration is disabled.