So one of our readers asked us this question the other day: Were cannonballs considered “reusable” after being fired? Or would they be deformed/ damaged after impacting a target? If so would armies send crews go looking for cannonballs after a battle?

Occasionally, but typically under only specific circumstances. 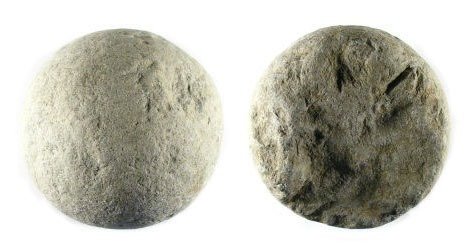 In the first centuries after the development of the cannon, stone shot was used in most cases. Stone is frangible; it tends to shatter upon impact, and even if a stone cannonball did not shatter, it was easily converted to peaceful use as building material. Both of these factors tended to work against the recovery and re-use of stone cannonballs. During excavations at Edinburgh Castle between 1988 and 1991 archaeologists discovered a handful of never-fired stone cannonballs and fragments from rounds that had clearly been used and shattered. 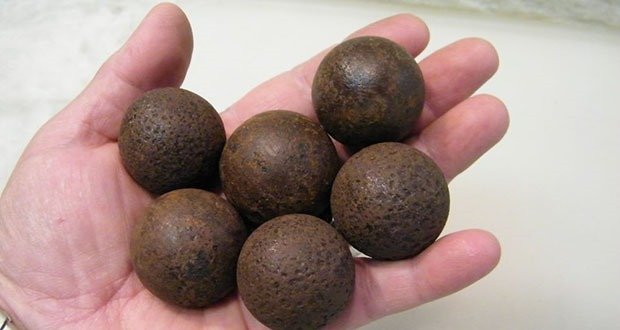 The use of iron shot began to take off in the 16th century and by the 17th century, they were almost ubiquitous. The issue here, as with stone, is that poor-quality iron (endemic in this period) is brittle and will shatter upon impact just as stone will. Given that cannon shot were designed to be destroyed, they were typically constructed of the cheapest iron possible, which increased the likelihood that they would fracture or deform.

Now, allow me to divert you into the question of why and when solid shot would be recovered. Solid cannon shot, whether iron or stone, tends to be extraordinarily heavy for its size and is difficult to handle because of its shape. You have to have a reason to go through the effort of recovering a particular solid shot. It is much easier to get new shot from your logistical train than to go through the effort of recovering shot. Large-scale shot recovery only makes sense if your own supplies are limited.

You might need a block and tackle setup to lift the shot. You’ll need wagons and horses to carry the shot away. All this is expensive in both time and labor, which means you typically see shot recovery take place only where large concentrations of artillery have fought in a confined area. The effort of mustering a shot-recovery detail is offset by the ability to collect large amounts of shot. Remember, too, that you have to cope with matching the shot’s caliber ─ something not always easy if both sides in a battle aren’t using compatible ammunition.

This checklist limits how often cannon shot was reused, but it did happen time and again. Stephen Bull, in his book The Furie of the Ordnance about artillery in the English civil wars, writes, “It is likely that the largest number (of 17th century cannon shot) were picked up and reused, or scrapped, within a relatively short period of the time they were fired or lost. Shots are recorded as having been removed from many of the major battlefields, notably Marston Moor and Naesby, over a very long period of time.”

Mark Thomson’s book, Wellington’s Engineers about military engineering during the Peninsular War, references an account from Alexander Dickson: “the soldiers were offered a bounty for every round shot they could recover for re-use and so as not to discourage them, even round shots of calibers which were of no use were paid for.”

During the Crimean War, when vast amounts of artillery were leveled against the Russian defenders along the Black Sea, the practice of round shot recovery was captured on camera, with the cannonballs in the ditch having been rolled down a hill by soldiers seeking to collect them.

Finally, during the American Civil War, the logistically-strapped Confederacy’s quartermaster department mined the Seven Days battlefields for almost a year afterward, recovering supplies and spent cannon shot to be used in the war effort. At isolated places like Ship Island, in Texas, and elsewhere, Confederate artillerymen recovered Union-fired round shot in order to keep their guns fed.

The development of exploding shot and artillery shells brought an end to the era of recovering round shot. Even by the time of the American Civil War, round shot was on the way out of circulation.

AskUs: In loud environments, do sound canceling headphones damage the ear or function as hearing protection?