So one of our readers asked us this question some time ago. The Chinese were using natural gas a couple thousand years ago, according to a fact you posted a while back. You said they transported it in bamboo tubes, but how did they extract it? What did they use it for? Was it seen as magic? Basically I want to hear a story about ancient Chinese engineering.

They drilled and transported natural gas with drills and pipes made of bamboo, of course. Bamboo is a really incredible material, the sort of perfect combination of sturdy, easy to use and extremely plentiful to give it a really central place in the history of Chinese artisan material. Bamboo is a naturally occurring composite material, basically. The man-made equivalents would be the numerous fiber composite materials – carbon fiber composite, fiberglass composite, kevlar, etc. 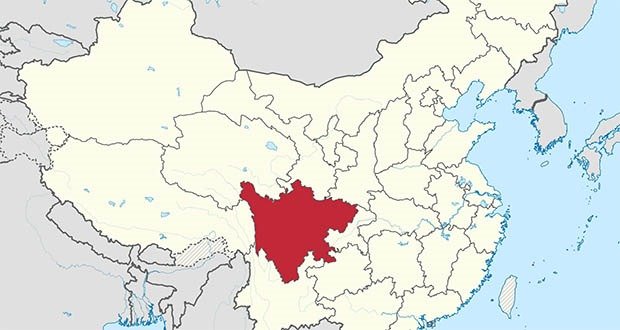 It is important to remember that natural gas was not used towards the wide range of industrial purposes that it is today. Coal had something of a transformative effect on the Chinese economy as a whole during the Song dynasty, but natural gas was mainly harvested and used in Sichuan province in the southwest. Natural gas was found in the area by Li Bing who also created the Dujiangyan Irrigation system. Sichuan (the red area at the edge of the Himalaya) is essentially a dried up ancient sea, which means it is rich in both natural gas and brine.

The Salt brine in the area is very high with about 50 grams per liter in some areas. While digging sometimes people would get sick (natural gas) and so it was thought to be bad spirits. Some discovered that it could be flammable and then it was piped into a centralized boiling area by bamboo pipes where it could be used in Salt brine extraction.

During the Song Dynasty, natural gas was employed to evaporate brine to create salt on a massive scale and the salt was traded all across China. The wells started by just digging down to brine water, however it was found that the salt brine was more concentrated the deeper one could extract. Narrow bamboo drill holes became used with percussion drilling techniques that became more and more sophisticated. By 1830’s they were the deepest wells in the world at 3,000 feet. The bamboo drills were highly advanced and there were many different techniques to correct a drill that went off course or if there was a collapse.

The salt drilling took a lot of capital and labor as they had to be manned 24 hours a day and required the building of salt processing plants to boil and refine the brine. Some of the first contracts in all of China were drawn up by merchants to pool resources and guarantee profit (salt was controlled by the state through exclusivity contracts). I suggest you read The Merchants of Zigong by Madeleine Zelin for more information.

Perhaps most interestingly, the effect of this boom in salt production seems quite familiar to those who are aware of the resource scrambles in the Old West. Han Chinese settlers, who were heavily concentrated in the Chengdu plains of western Sichuan, poured into the brine rich regions of the east, which was already inhabited by non-Chinese peoples. The usual mix of conflict ensued, and the eventual Chinese domination of the region was only accomplished after a couple centuries of fluid, seesawing frontier conflict. And even today Sichuan is a very diverse province, and quite distinct from the rest of China.