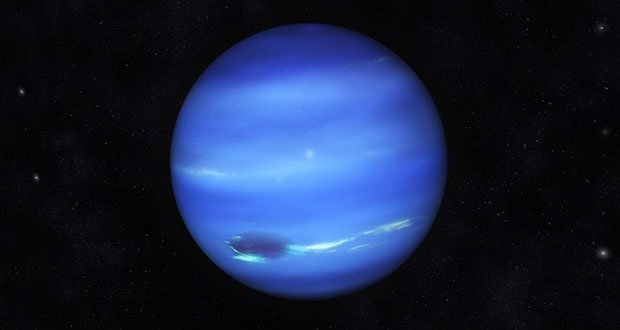 1. Presently, this planet is hypothetical. There have not been direct observations of this object. It’s existence has been inferred from the orbits of 6 smaller objects in the outer solar system (i.e. they move as though their orbits are being perturbed by a large distant body).

2. This is similar to how Neptune’s existence was inferred by the orbit of Uranus, before it was actually observed.

3. The best alternate hypothesis the scientists have that could explain the orientation of the orbits of the 6 objects in the Kuiper belt is random chance. It’s the one they worry about the most.

4. These calculations were made by Konstantin Batygin and Mike Brown, two Caltech scientists.

5. It is the size of Neptune and orbits the sun every 15,000 years. Neptune has a surface. It is a giant ball of ice with thick atmosphere, and far beneath all that ice is a rocky core about the same mass as Earth. Uranus and Neptune are not gas giants, and they are not rocky planets. They are somewhere in between, and frozen over. They are frequently classified as “ice giants” for this reason. So this new planet may have similar structure. 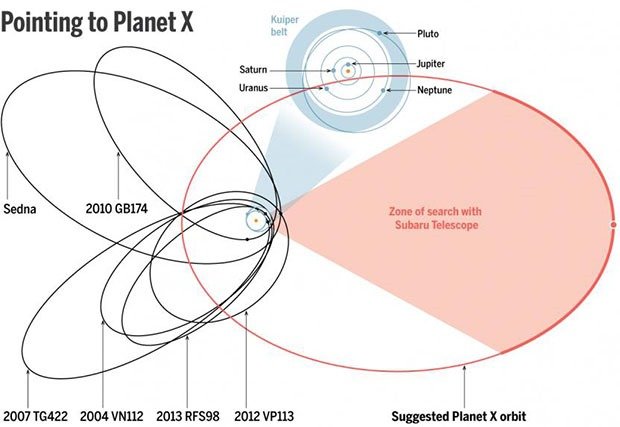 6. The orbit of this planet is tilted and highly elliptical as well as stretches to distances that will shatter previous conceptions of the solar system. Its closest approach to the sun is seven times farther than Neptune, or 200 astronomical units (AUs). (An AU is the distance between Earth and the sun, about 150 million kilometers). And this planet could roam as far as 600 to 1200 AU, well beyond the Kuiper belt, the region of small icy worlds that begins at Neptune’s edge about 30 AU.

7. During the solar system’s infancy 4.5 billion years ago, this giant planet was most probably knocked out of the planet-forming region near the sun. Slowed down by gas, the planet settled into a distant elliptical orbit.

8. If true, this could be the first of many such planets we will find. There is a lot of space outside of the Kuiper belt but still within the gravitational influence of the sun. There could be several small planets out there. The wide field infrared survey has ruled out anything as large as Saturn or bigger, though.

9. It could definitely have moons. This is one of the things scientists will be trying to look for when they spot it. Whether or not it has moons might give us good clues to exactly how it got there.

10. The planet is faint, but not hopelessly so. Based on where we think it likely is in its orbit, scientists are going to need a couple of the biggest telescopes in the world (like the Subaru telescope) to physically see the planet. According to this article on the Subaru website, their instruments will begin the search in March.

25 Interesting Facts About The Wolf of Wall Street