So one of our readers asked us this question the other day: What lies beyond the edge of the observable universe?

Another reader had asked us: What is at the edge of the expanding universe? 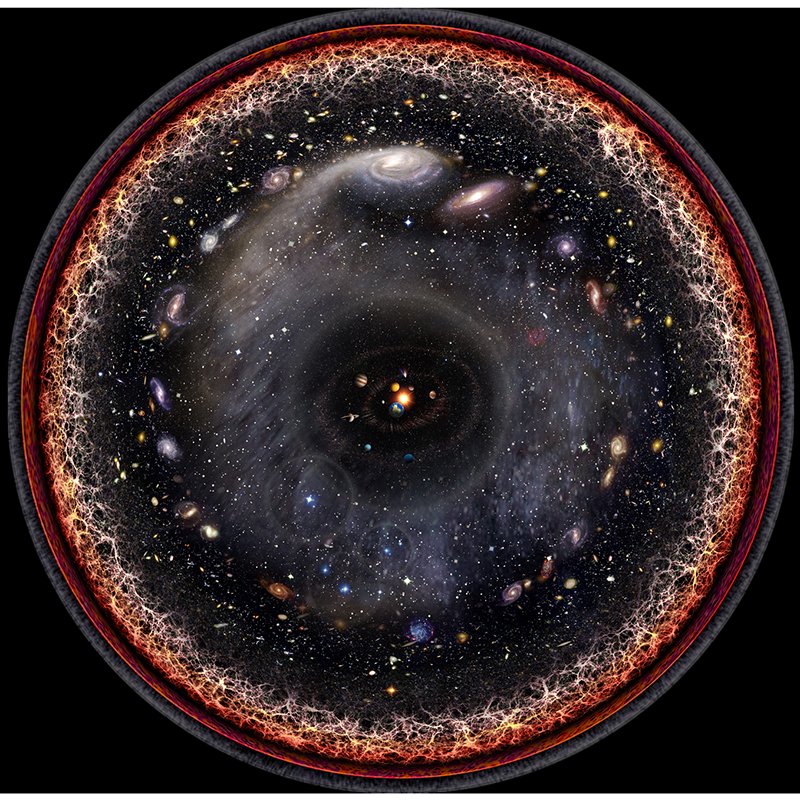 By definition, we can’t see anything past the edge of the “observable universe”. But that doesn’t mean that there’s nothing past that point or that something’s blocking our view.

Remember, light does not travel instantaneously, so the light coming to us from far away stars has been traveling a long time. When we look farther and farther away, we’re looking back in time in a way. Due to the expansion of the universe, the observable universe is about 46 billion light years across. The universe is roughly 13.8 billion years old. How is this possible? Space can expand faster than the speed of light.

When they released the light, the stars might have been 13.8 billion light years away; however, in the intervening 13.8 bly that it took the light to reach us, these stars have moved even further away due to Hubble expansion. It’s a bit counter-intuitive – we see them at 13.8 bly, but we know that they are further away now. The farthest object we have observed is a galaxy with redshift 11, meaning we are seeing it as it was 13.3 billion years ago, but it will be much further away now.

As far as we can tell, it’s flat. Flat simply means parallel lines stay parallel, open parallel lines will diverge, closed they will converge. For the scales we measure, the universe is flat, but you account for error because we can only find objects SO large to account for margin of error the universe could also be 10 to 253 times observable universe if the universe has open or closed geometry. Now of course, no one “knows” anything.

The universe is literally infinite in every direction. Light travels at a finite speed and the universe has only existed for a finite amount of time though, so it’s only possible to see the universe to a certain ever-expanding distance from your present location. The parts of the universe that are close enough to see are part of the observable universe, the parts that are too far to see are not. 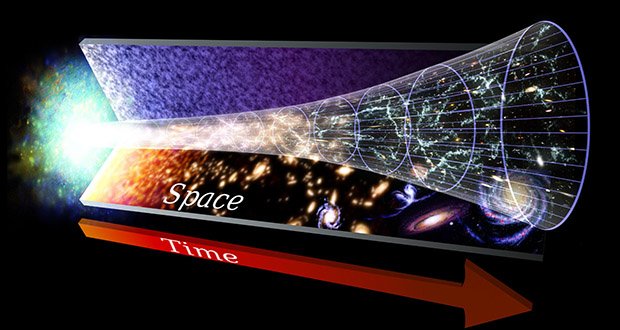 To answer the second part of the question, What is at the edge of the expanding universe?

The answer really is we don’t know. This means we can’t conclude anything either way about its boundary or edge. At the very edge of the Universe it could be that you just look off in one direction (the direction of the edge) and see nothing, complete and utter blackness. There isn’t even any space in that direction, really, since spacetime is a property of our Universe. You can’t “go” there, because the Universe is expanding in that direction at the speed of light (or faster), so you can never really outrun the edge and even if you could, there’s no space-time there. You can’t exist there, but it could very well be that at some point in the Universe, if you look in one direction, there is no radiation coming from that direction and there is no past light cone in that direction, etc. This would be the Universe’s ‘edge’. And it would probably be black in color. We can’t conclude such a place doesn’t exist. We just don’t like to think about it.

Maybe when you look at the ‘edge’, you will see it wrap around to the other side of the Universe or it could be that the Universe is infinite, in which case you can’t find the edge or some other crazy thing we can’t even imagine such as (perhaps) bubble Universes up against each other in a multiverse or even crazier stuff we haven’t even dreamed of.

We don’t know. People have lots of math to prove one thing is very beautiful mathematically or another, but with zero (conclusive) physical evidence for their models, really anything goes. We literally don’t know.

AskUs: What is the origin of the "gay sailor" stereotype?