So one of our readers asked us this question the other day. What was Nazi Germany like to live in for those that were not being persecuted (aryan, gentiles, etc.)? Was it nice/decent in the “Ignorance is Bliss” sense, or was it still an abysmal setting for all?

Well, it might sound a bit flippant but I think the most accurate way of describing everyday life in Nazi Germany is “ok”.

It’s of course a bit difficult to describe what it was like consistently because it covers 12 years, six of which were war time and one half of which, the last six months, were rather different from the rest. 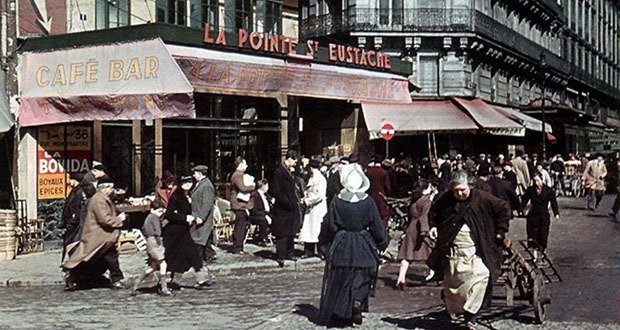 To generalize, as long as you weren’t some political opponent, gay, a Jew, Roma or someone who was in the cross hairs of the regime, life could be ok. I’m only saying ok and not good because life in a dictatorship tends to have some ramifications. For example, on the one hand the Nazi administration was able to bring two million people into work in the first two years of its rule. They did build economically on some of the policies their predecessor governments had initiated and by the time they took over, the world wide economy had started to recover a bit. Still, this was chalked up as a success by the population. 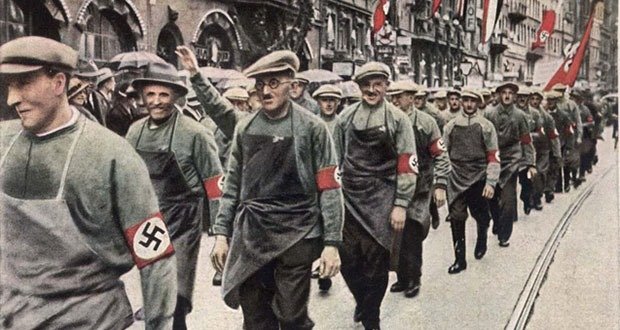 In terms of giving people work, 1936 was the most important year. Due to their problems concerning resources and foreign currencies, this was the year when the Nazi leadership had to decide if it was going to be war or a consumer industry intended to raise living standards. They decided for war and with the newly created Four Year Plan and the collaboration of big business, the build-up for the war took off massively. As a consequence, the Third Reich reached full employment by 1937. Given how the people had suffered under the economic crisis in the early 30s this was certainly a factor in heightening their opinion of the regime. This is a reason why some older people in Germany tend to remember this time somewhat fondly.

There was one problem though. With everybody working and earning money, they had nothing to spend it on. There simply weren’t enough resources to have both a war and a consumer industry. So while people now earned a lot, it did not go into consumer spending and subsequently did comparatively little to raise living standards. Compared to 10 years before, not that many more people in Germany owned a fridge or a car for that matter (the Volkswagen program also never took off partly because of this).

Also, the price for being employed was to give up certain freedoms. People could not choose where they’d like to work anymore but instead the labor administration chose where to allocate them, especially from 1938/39 on. This means the freedom to chose your own workplace was gone. Similarly gone was your right to organize as a laborer. The unions were among the first victims of the Nazi regime, being dissolved in May 1933. They were replaced by a Nazi labor organization, which instead of working for its members worked for the regime and frequently took the position of employers rather than laborers. 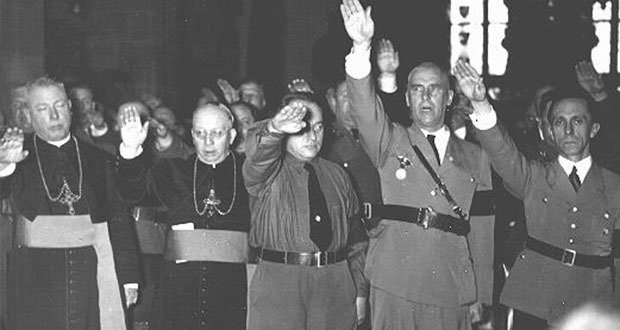 Another issue is that of religion. The Nazis never went so far as to openly attack the Churches, especially the Catholic one seeing as how they saw the Catholic Church as an international competitor to the nation. This was not for lack of wanting though. Especially Himmler hated the Catholics and to a lesser degree Lutherans with a passion and was planning to get rid of them altogether. This too changed with the prospect of war looming on the horizon and was stopped by Hitler also around 36. Now, don’t get me wrong, there was little outright persecution of non-clergy Catholics and there was a high number of Catholics and Lutherans supporting the regime but being very pious could make you suspicious and the exercise of your faith became less free than it was before in some ways.

Now after the Nazi regime had started the war, they became somewhat even more conscious of public opinion because of the experience of 1917/18 where hunger and war weariness was a major part in the German loss in WWI. In terms of food policy, the German population ranked among the best fed in the war up to late 1944. But that was bought with letting the people of Greece and the Soviet Union hunger. 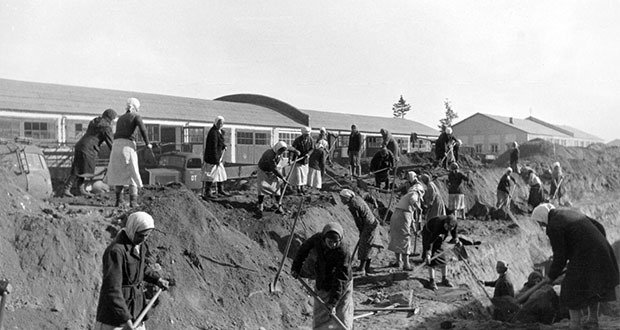 Another factor in people’s experience was their own profit from Nazi policy. Between 1939 and 1945 about 12 million people from all over Europe were forced laborers in Germany. No area stayed unaffected by this. The city of Essen alone had about 300 forced labor camps. And even miniscule places like Wenns im Pitztal, a small village in the Tyrol had about 300-500 forced laborers. Farmers could basically walk to the camp, pay for the day, chose their forced laborer and use him all day to do work for them.

As historian Michael Wildt described in his book Volksgemeinschaft als Selbstermächtigung. Gewalt gegen Juden in der deutschen Provinz 1919 bis 1939 antisemitic violence as well as the use of forced laborers could have an effect of feeling self-empowered. See also this German article. In essence the argument revolves around the idea that by alienating another group one could have a sense of superiority, against whom violence could have a unifying effect. It was an important factor in the feeling among the German population that Nazi regime was indeed something new and better, especially after having bought into the very popular narrative of having been unjustly victimized after WWI.

Another thing that needs to be taken into account when talking about ordinary life in the Third Reich is the phenomenon of denunciation. Popular culture tends to imagine the Gestapo as all powerful organization but in reality they relied to a very strong degree on people denouncing others. While about 80% of some Gestapo’s case load during the war dealt exclusively with forced laborers, denunciation was according to historian Dietmar Süß in his forthcoming book „Ein Volk, ein Reich, ein Führer“. Eine Sozial- und Alltagsgeschichte des Nationalsozialismus a mass phenomenon. This of course lead to a general suspicion among the population but could also serve the denouncer well since it was also often used to settle minor conflicts between neighbors.

Of course, there would be a lot more to cover but I hope I could give you a general sense of why I would conclude that life in the Third Reich for someone not in the crosshairs of the regime was “ok”, especially in their own perception.

Sources aside of those mentioned:

AskUs: What was the culture and religion of the Arabian Peninsula like before Islam?