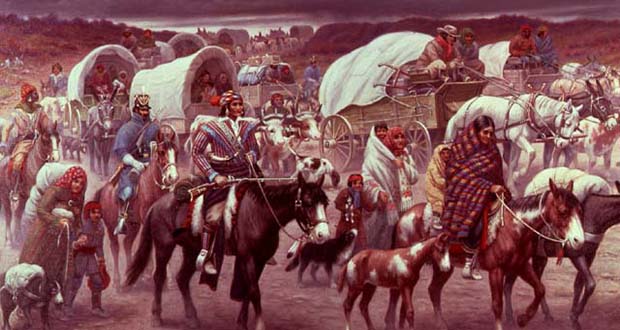 So one of our readers asked us this question the other day: Obviously, the Trail of Tears is regarded by many as one of the worst events sanctioned by the American government. At the time, what was the average opinion of the events that were taking place? Additionally, was it covered up at all by the government or was everything public?

It was not covered up by the government and there was both support and opposition to it. The whole thing really started because the state of Georgia wanted Cherokee land open for public sale. When Jackson was elected president, GA knew that they’d have support from the federal government, so they passed a state law saying that the Indians were under state sovereignty/jurisdiction and their previous attempt at establishing sovereignty through passing their own constitution was illegal.

The Jackson administration did support GA, passing the Indian Removal Act and bringing in the federal government (and the military) into it.

Thing is, there was a good amount of northern evangelical missionaries already in Cherokee land, trying to “civilize” the Indians and building schools. They didn’t support GA or the federal government’s attempt to drive to Indians out and their counterparts in the North didn’t like it either. There was debate in the Congress itself, mostly from the Whig opposition about how the removal of Indians was unconstitutional via violation of previous treaties signed.

When the actual removal process began, the missionaries were petitioning the government and calling for its stop, which got them arrested, since GA then passed a law saying that missionaries had to take an oath of loyalty to the state or leave the Indian territory. The Supreme Court case of Worcester v. GA was about this exact law, not specifically about the Indian Removal Act. The Cherokee tried to sue, but they were considered to be a “domestic dependent nation” within the US and didn’t have the right to sue a state or the federal government. 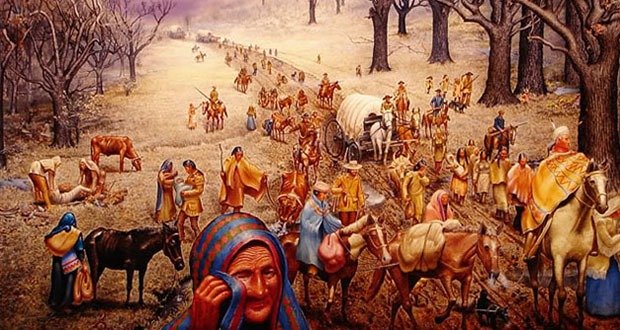 As for the Trail of Tears itself, the removal required new treaties to be signed, which was done through playing on factionalism within the Cherokee nation through bribes and other unscrupulous methods. The specifics of the Trail of Tears and the horrible conditions weren’t widely known, however. The public wasn’t happy with the treaty process, but not enough for big things to happen.

There’s also the fact that at the time, the Second Seminole War was happening, a largely forgotten event today (compared to the Trail of Tears). It was kind of a Vietnam of its own time, with the US army going into the swamps of Florida to root out the Seminoles for the same reason in driving out the Cherokee, except the Seminoles put up resistance in the swamps and whittled down the US forces for a long time. People were extremely unhappy, to the point where the US just had to give up after a long period of fighting and removal.

So, in short, ,uch of it was public. There were people who wanted it, there were people who didn’t. There wasn’t much of a cover-up, since the big events were told, just no one cared too much. There was public opposition to it, from evangelicals and Whigs, but had huge amount of local support. It was also overshadowed by the Second Seminole War in the public consciousness of the time.