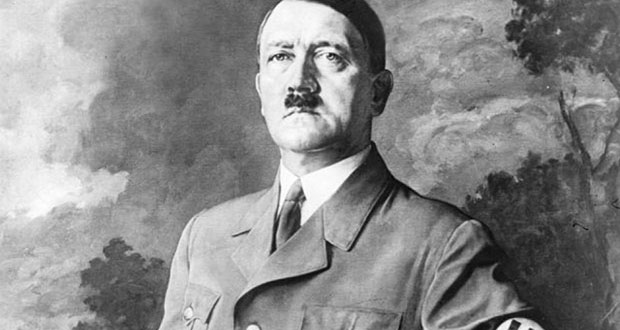 So one of our readers asked us this question the other day: What would have happened to Hitler if he were captured alive?

So obviously, we can’t know what would have happened, but we can say what was discussed in the event that Hitler was captured. In the tome “What If?“, Roger Spiller’s chapter, “The Führer in the Dock”, focuses on this very scenario, and while he goes on to contemplate various scenarios as they may have played out. He spends much of the chapter establishing how he arrives at those conclusions, and looking at how plans progressed up until Hitler’s hypothetical capture in the Spring of ’45.

To start with, there was considerable disagreement on just what would be done, although punishment for war crimes was essentially assumed by all – see the St. James Declaration of early 1942, which stated “international solidarity is necessary to avoid the repression of these acts of violence simply by acts of vengeance on the part of the general public and in order to satisfy the sense of justice of the civilized world”. The Moscow Declaration of lat 1943 would further solidify that sentiment, but while it directed ‘minor’ war criminals would be tried in “the countries in which their abominable deeds were done in order that they may be judged and punished according to the laws of those liberated countries and of the Free Governments which will be erected therein” it continued to leave open the situation with the ‘big guys’, explicitly noting that “major criminals whose offences have no particular geographical location” would be “punished by a joint declaration of the Governments of the Allies”… but no agreement on what that punishment would be had yet been hammered out! It didn’t even spell out whether or not they would be granted trials.

Winston Churchill, contemplated several possible scenarios through the years. Early in the war, he considered exile for the high-leadership of the Party, similar to the treatment of Napoleon, placing them on a remote island (although he specifically stated he would not desecrate St. Helena by doing so). He also proposed a rather gruesome end for Mussolini at that time, proposing that he be strangled in the same manner the Romans (who Il Duce sought to emulate) had killed the Gallic leader Vercingetorix. As the war progressed though, he became more amenable to summary execution. In a meeting of the War Cabinet in 1942, he stated:

“If Hitler falls into our hands we shall certainly put him to death. [He is] not a sovereign who could be said to be in [the] hands of ministers, like [the] Kaiser.”

Others also seemed to support a similar approach. FDR seems to have liked the very harsh proposal made by Henry Morgenthau for mass executions of Nazi “archvillains”, possibly numbering in the thousands (And apparently joked [?] once or twice about mass castration of Germans to boot). Cordell Hull proposed a similar idea, executing Hitler within hours of his capture, noting:

“I would take Hitler and Mussolini and Tojo and their accomplices and bring them before a drumhead court martial, and at sunrise the following morning there would occur an historic incident.”

In the US, calmer heads prevailed though, and in discussions on the matter in October, 1944, Henry Stimson would have none of it. He was insistent that an international tribunal of the Nazi leadership was the only method of dealing with Hitler and his ilk while remaining true to the moral justifications that the Allies gave for the war, noting “the punishment of these men in a dignified manner will have all the greater effect upon posterity”, which did in the end win Roosevelt over.

Interestingly, Stalin was also in favor of trials, although it is safe to say that a trial, as envisioned by him, was little more than a rubber-stamp show trial that was already typical of him. While earlier in the war, Stalin had expressed a desire for blood, toasting to “the quickest possible justice for all German war criminals” at the Tehran Conference in ’43 for instance, although his accompanying suggestion that this would mean 50,000 executions might have been a joke. Certainly it shocked all present, but either way, he seems to have mellowed a year later. While Churchill might still have had blood spilling on his mind, and certainly wanted execution to be meted out as punishment in the end, it was Stalin who turned him, during their Moscow meeting in 1944, where Stalin insisted that “There must be no executions without trial otherwise the world would say that we were afraid to try them.”

It perhaps went even further than that. When the first reports of Hitler’s suicide were coming in, and Stalin heard of it, he was reportedly put out by the fact, and it seems to have been quite clear that he considered taking Hitler alive to be part of his victory, a trophy, and putting him on trial a means of displaying his achievement.

To be sure, that isn’t to say, of course, than anyone necessarily wanted to deal with a trial of Hitler. A month before Hitler’s demise, Anthony Eden remarked that were a Tommy to have the opportunity to capture Adolf, “I am quite satisfied to leave the decision to the British soldier concerned”. And while Stimson might have won the debate in the US Cabinet, the concerns that he had fought against, namely that giving Hitler any sort of platform to defend himself was dangerous, never entirely went away. It is doubtful you can find very many leaders at the time who were put out by the fact Hitler escaped trial, as his death put the nail in the coffin of a debate that not everyone saw eye to eye on.

If you are interested in what such a trial might have looked like, well, I recommend you look for the book, but simply put, we can only guess. What we can say though is that while there were variances within the Allies about what to do, and some voices in the leadership would have liked nothing more than to dispose of Hitler and the Nazi leadership with “no fuss”, by the last days of the war, the agreed to policy would be to put Hitler on trial for his life if captured.

Spiller, Roger. “The Führer in the Dock.” In The Collected What If?: Eminent Historians Imagining What Might Have Been, edited by Robert Cowley, 744-65. New York: G.P. Putnam’s Sons, 2001.

Thompson, Jonathan. “Churchill Wanted a Captured Hitler to Die ‘like a Gangster’ in the Electric Chair.” December 31, 2005. Accessed October 10, 2016.

AskUs: In nature, why are there no diseases that mentally or physically enhances our abilities?