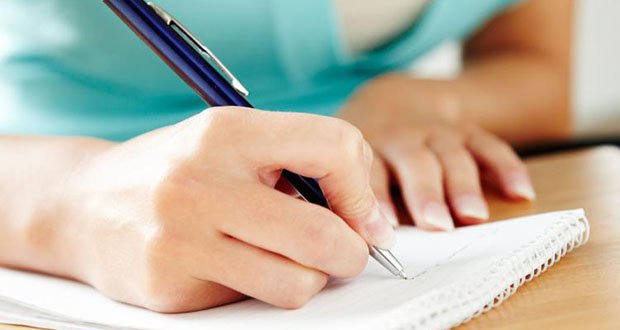 So one of our readers asked us this question the other day: Why are humans predominately right-handed (or even left-handed)? Wouldn’t it be advantageous to be ambidextrous?

I worked with a professor that studied this almost by accident, and came up with a compelling theory. He studied ancient stone tools, and would explore how they were made by getting students to make new ones. He noticed that he could tell whether they were made by lefties or righties.

Next step was a stroke of brilliance. He started to look back at the stone tools in museum collections, in order to trace when humans stopped being ambidextrous (like most ape species, so he knew there was a point when this occurred), and there was a clear sign at about 500,000 years ago.

This is the same time that human skull differentiation showed clear signs of growth in the speech centers, such that language was becoming more important. The theory at the moment stands that handedness is an accident of this development of the side of the brain that controls speech. All humans use the left side of the brain to process speech and grammar, because of evolutionary history (no good reason, those parts of the brain were just ready to become speech centers). These well developed pathways somehow led to a small favoring of the hand that it controls, the right hand in most people. But the right hemisphere also has all the correct pathways to control the left hand well. You know this if you think that righties can still do some amazing things with their left hand AND can train themselves to be ambidextrous. Most of us don’t bother, and the small differences in favoring hands when we are young, result in big differences in handedness when we are older. It just takes practice.

The reason left-handed people still exist, is probably likely due to an evolutionary stable strategy..

Despite the pressure to be a right handed person, in a world where 90 % of people are right-handed, there is just enough of an incentive to be left. We can only hypothesize what that incentive is (but we DO know there is one, because there are still left-handed people). But one working hypothesis is the sword hand. In a world where 90%+ people are using their right hand for sword fighting, everyone practices against right hands (including the lefties) most of the time. In combat, lefties defeat righties, because they have more practice. Cool. But if the number starts to shift towards the lefties, the incentive starts to go away (in our example, because there are more lefties that everyone gets some practice against them) and the pressure from the speech centre pushes humans back towards being more right handed. The see-saw effect wavers around 90% right handed.

There are tons of cool examples in nature like this. My favorite is about spiders and involves genes: There exists a species of spider where there are about 10% of females that never mate because they eat the males before copulating instead of afterwards like their more successful procreating sisters. HOW can this possibly exist? Wouldn’t evolution destroy this behavior? Not necessarily.

Imagine that the behavior for eating males after you copulate are controlled by two alleles on the same gene. Instead of having a dominant allele, there is a co-dominant effect. That means having ‘AA’ on that gene leads to NOT eating the male and no advantage to the female. Having ‘Aa’ leads to the preferred behaviour, eating after copulating. Advantage to the females that do, they get an extra snack to help their new brood. But some females are ‘aa’ which leads to eating the male before copulation – Advantage 0. (This is why this is sometimes called game theory, because of similarity to the prisoner’s dilemma). In a POPULATION of spiders, the most favorable allele combination in males and females is ‘Aa’ and therefore it is the most common. Evolutionary pressure favors this combo. ‘AA females are selected away, and ‘aa’ obviously strongly away. BUT, the offspring of two adults carrying ‘Aa’ have one quarter ‘aa’ female children (Aa x Aa = 1AA + 2Aa +1aa) so even though it is selected against, it will be retained in the population.

AskUs: How did Medieval armies tell which side a soldier was on? How common were mixups?

AskUs: Why do men appear to have a "stitch line" or "scar line" at the base of their ballsac?