So one of our readers asked us this question the other day: Why are V8 Engines so sought after and quintessential? Are they better in some ways than V10s, etc or is it just popular culture?

Engines, like all engineering, is an exercise in compromises. You need to balance a whole bunch of factors to get a solution that meets the result. In engines, there’s a whole bunch of factors, but for most purposes, you can focus on these: 1. An engine needs to make sufficient power to move the vehicle 2. An engine needs to balance out all the vibrations inherent in the spinning and shaking that’s going on. If you don’t manage this, eventually the engine shakes itself apart. 3. The engine needs to fit inside the vehicle (and, for performance applications, be located in a way that maximizes the handling characteristics of the car). 4. The engine needs to consume only so much fuel.

A V8 engine handles all 4 of these in a nicely balanced way: its not really good at any one of the 4, but its ‘good enough’ to make it one of the best overall engine layouts. It also sounds sexy.

The cylinder configuration of an engine has effects on two major factors, the smoothness / vibration, and the ‘packaging’ or sizing / shape / how it fits in the car. Cylinder count has nothing to do with power, typically – that has to do with displacement, flow of the heads, shape of the combustion chamber, cylinder pressure, compression, ignition timing, and a ton of other factors. Up until 2013, F1 used 2.4L engines that were V8s, a size commonly set up as an I4 in commercial vehicles.

V8s come in two major flavors; flat plane and cross plane cranks, which describe how the pistons connect to the crankshaft. Cross plane V8s (where if you look edge-on the crankshaft looks like a cross) sit at a sweet spot of packaging – its only 4 cylinders deep so it can fit under hoods easily, but can pack a large engine displacement in a nicely sized cube while being vibrationally balanced. They do limit RPMs a bit though because of the cross plane balancing adds rotational mass, so high performance / racing V8s tend to go with flat plane cranks. 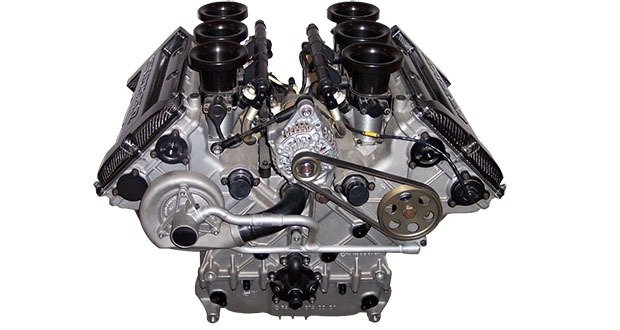 V6s have even better packaging, but are unbalanced vibrationally, forcing a tradeoff of longevity vs power. Most commercial solutions favor the longevity side of the equation, so most people’s perception of a V6 is an uninspiring motor. It doesn’t have to be, but a V6 that outputs a ton of power is also an engine about to shake itself to bits. 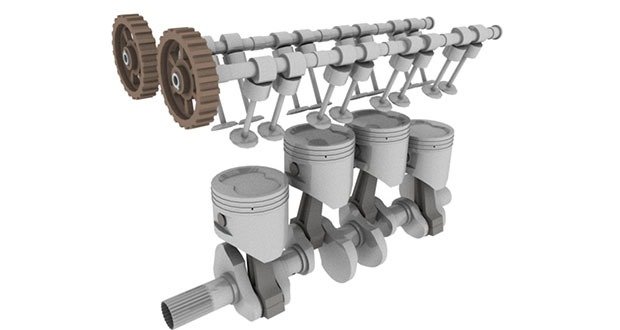 Inline 4s have excellent packaging as well but are also terribly balanced, often requiring an extra shaft to keep the engine even remotely smooth, so power output is very weak. But because of the small size they can still rev well, so they’re used where engine efficiency is more important than broad performance. 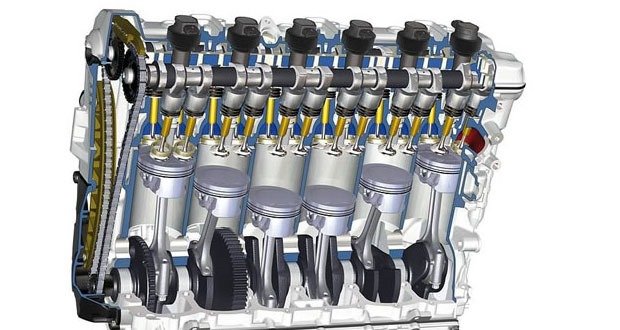 Inline 6s are better than V8s and basically every other engine at power delivery and smoothness (its why BMW uses them) but packaging them is really hard because they’re very long and practically require rear wheel drive. If what you care about is performance of an engine and no other considerations, you want an inline 6 or its bigger brother, a v12 (which is two I6s working together, so butter smooth). 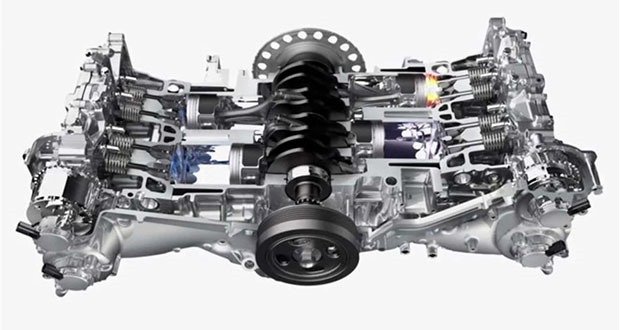 Horizontally opposed engines (Subaru, Porsche) are balanced and have near perfect behavior internally, but are a total bit*h to package. Subaru’s understeer is a result of having to hang the engine really far out in front of the wheels to make room for all wheel drive. Older Porsches have a reputation as Widow Makers due to the engine hanging far out the back of the car causing oversteer.

Flat plane V8s have lower rotational mass so they rev higher and generally produce more power, but lose some of the V8 engine balancing. These are used in higher performance engines (Ferrari uses this layout, as well as the new Ford GT350) but require more maintenance and tend to have shorter effective lives.

V10s are used in some applications and have some benefits, but its mostly a ‘I have a bigger number than you’ sort of thing.

So why are V8s so popular? They’re the ‘poor man’s performance’ engine: cross plane V8s sit at a great intersection of balanced engine, packaging, and RPM potential. They’re not great at all 3, mind: in fact, far from. But if what you’re looking for is everyman’s performance, cross plane V8 will fit in anything and deliver great performance, while not costing too much.

There are some misconceptions that are common: low RPM torque is one of them. The V8 configuration has nothing to do with that – it has everything to do with the tuning of the engine with respect to camshaft profile and flow. Racing configured engines focused on high RPM performance tend to have really poor low RPM performance, and small I4 engines can have lower RPM torgue with turbos or by camming them down, but their peak will then suffer as a result and be even more boring.

The desirability of V8s in car culture has to do with the accessibility of power at the V8 configuration. Because of the factors above, the most big engine cars commercially made tend to stick with the V8 configuration due to its ease of packaging. Car culture then connected power to V8, even though that isn’t the cause. Additionally, cross plane V8s have a sound that is very distinct and to my ears absolutely sexy, though the purr of an I6 or flat 6 is equally sexy to me as well.

AskUs: Why is a Guillotine's blade always angled?