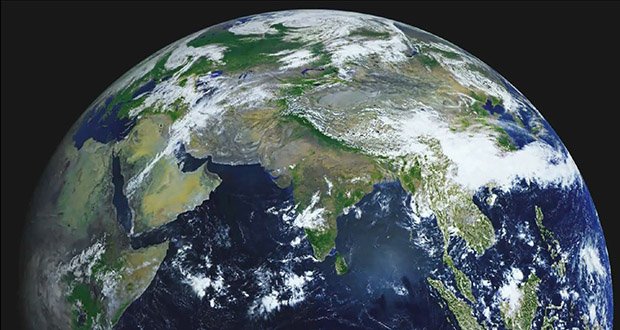 So one of our readers asked us this question, Why can’t I weigh the earth by putting a scale upside-down?

PLEASE READ THIS BEFORE ANSWERING

But Newton’s second law states there are equal and opposite forces so the force the scale exerts on the earth should be equal to the force exerted by the earth on the scale. It seems that this case is true because the scale doesn’t rocket off into space when you turn it upside down but stays in place.

So is force really mass x acceleration? Where is this discontinuity coming from?

This is a brilliant question because in some sense you are measuring the earth’s mass.

In this case that force is the force of gravity. The force between two objects of masses M and m separated by a distance R is equal to

The key point is that scale just happens to be calibrated to measure the mass for an object experiencing earth surface gravitational acceleration – i.e. it assumes GM/R2 is a constant value (which is equal to g=9.81 m/s2), and then returns the value for m that when scaled by this constant is equal to the force the scale measures.

If you had a scale of a known mass and you turned it upside down you could then calculate the value of this constant – GM/R2. Then, with known values of G and R, you could calibrate your scale to measure the mass of the earth rather than the mass of the scale.

And to clarify an important point – the earth and the scale don’t experience the same accelerations. Use Newton’s second law:

and find the acceleration of the scale is

Conversely, the force of the earth is

So the acceleration of the earth is

The earth has a mass of 5.972×1024 kilograms. It has a variable weight because it isn’t on a planet. You could say that the force of attraction between it and the sun kind of gives it weight in the same way the force of attraction between you and the earth gives you weight, but that’s not a useful scale of measurement, and is really just faffing about changing the definitions of things.

October 14, 2015
Latest Posts
Subscribe to Blog via Email
Did you know?
Loading...
Facts of the Day
Registration is disabled.