So one of our readers asked us the other day, Why does color fade when left in sunlight for extended periods of time? We have a rack of DVD cases next to the window, and recently I’ve noticed the covers have all faded in color. Strangely the red ones seem to have faded far more than any of the others.

The short answer is that sunlight causes irreversible changes in the compounds and molecules that gave a material its color in the first place, in a process we call photodegradation. As a result of these changes, the material gradually loses the ability to specifically absorb (and reflect) different parts of the visible spectrum, creating a faded appearance. 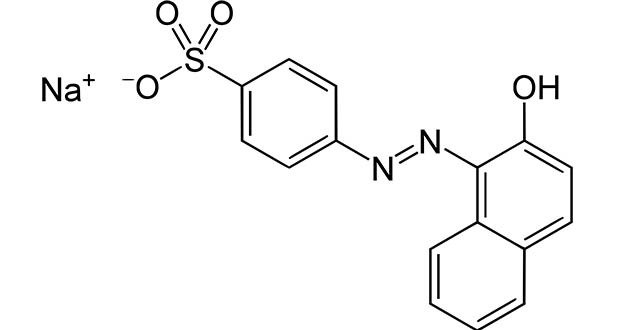 To look at things a bit more closely, the color of the dyes used in clothing, colored paper, etc., depends on the detailed arrangement of atoms (and their bonds). For example, take a look at the structure of this common dye called Orange II (pic above). Notice how there are two rings with alternating double bonds (we call these aromatic rings), linked by a nitrogen-nitrogen double bond. This extended ring structure is what allows this compound to strongly absorb blue and green light and to reflect the yellow-red part of the spectrum. Now as you might expect this compound will initially have a vivid orange color (pic below left). However, if you expose this dye it to light, over time this color will go away and you will be left with a product that is mostly clear, as shown here (pic below right). 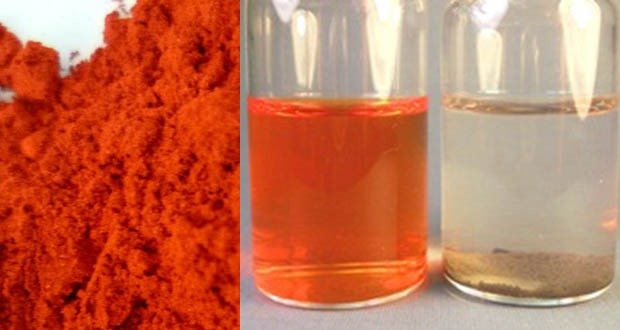 So what exactly happened that made the color go away? Well, in one word photochemistry happened, namely light promoted chemical reactions. Now these reactions can be very messy, for example here are some of the pathways you may see, and in fact multiple reactions often play out at once. However, what is important is that these reactions destroy the initial chemical structure of the dye and break it up into smaller bits. As a result, a layer of this material will slowly lose its ability to strongly absorb visible light.

Now this was just one specific example, of course in other cases dyes will have completely different structures and will be destroyed by different mechanisms. However, quite often the net effect of these changes is that they will reduce the ability of molecules and compounds to absorb in the visible part of the spectrum. As a result, as you allow colored materials to be exposed to light (and air), often you will find that over time they will lose their vivid color and will take on a dull off-white appearance. This effect is very similar to old-fashioned chemical bleaching.

If you put your DVD cover right next to a light bulb it too would fade, but it would take more than a lot of time because sunlight is way brighter than any ordinary light bulb. Humans have trouble appreciating just how much brighter, because your eye has a logarithmic response to light (doubling the physical brightness does not double the perceived brightness) and furthermore your pupils automatically reduce the amount of incoming light in bright conditions, meaning it won’t look as much brighter as it really is.

In bright sunlight, a given square meter of ground is receiving about 1000 watts of sunlight. That already sounds like a lot compared to a typical 60W light bulb, but then you need to consider that an incandescent light is only something like 2% efficient, so it’s only giving off around 1W of light. Sunlight is bright.

Furthermore, the higher-energy the light, the more likely it is to damage molecules. Sunlight has quite a bit of UV light in it, whereas an incandescent bulb produces virtually none. It would take a very, very long time for a typical indoor light to bleach the color from something (unless the dye is particularly non-lightfast, of course).

AskUs: What was the culture and religion of the Arabian Peninsula like before Islam?

AskUs: Is there a difference between consuming 1500 calories in a day vs. consuming 2000 and burning 500?