So one of our readers asked us this question the other day, What has changed in the last 40 years so that it now takes two incomes to maintain a household? It seems like in the 50’s and 60’s one salary was enough to maintain a household. Not saying women should go back to the home, but you would think that with both parents working, the continuous advancement of technology,we would be a period of unbridled prosperity. Instead, it seems like the average person is struggling?

Simple answer is that the cost of living has not paced with the average income. Basically, things cost more than they used to (which is expected due to inflation) but wages have not increased by the same amount.

On that chart, the middle column is what things would cost if it paced evenly with wages, and the right column is what they actually cost. We can see that a long time ago, a house was a bit more than 2 years average salary. Now a house is almost 10 times the average salary. So basically, the rise of cost has outpaced the rise of wages.[Thank god for the postage stamp!]

The more complex answer is that “cost of living vs. income” merely serves to point out the fact that income growth has been lacking, while cost-of-living growth has stayed mostly steady. The world of making things has changed enormously over the last century. We have moved from skilled labor to unskilled labor in making things. It’s really hard to underestimate how monumental this is and how hard it was to do at first. We have had interchangeable parts since the turn of the 19th century. We’ve had production line manufacturing since the turn of the 20th century. But even then, Henry Ford made a huge point of paying a premium for the best workers.

The factor that made American manufacturing so strong in the 50’s (World War II, as alluded to elsewhere) also gave birth to her fiercest competitors. The most well known example I can think of is that Joseph Juran, an eastern European immigrant in the US that traveled to a rebuilding Japan and literally wrote the book on quality. Manufacturing suddenly began to zero in on making processes foolproof. Even today we refer to this by the Japanese term (poke yoke). But this had a huge effect – we began commoditizing the jobs, rather than just the products. Make the worker as interchangeable as possible. This (along with efficient containerized shipping and free trade treaties) made globalization possible. 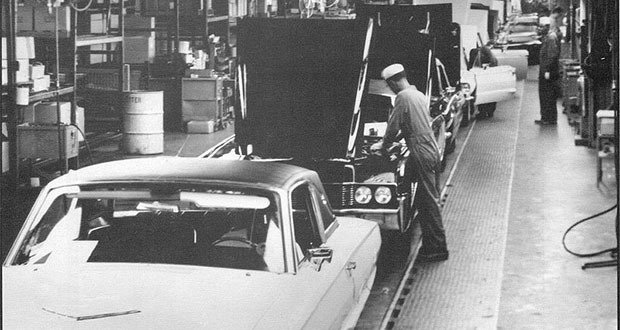 In the 1950’s an auto worker has a union job, with a middle class wage and a guaranteed pension, and he could always threaten to take his hard-to-replace expertise to another hungry employer. Today he has to compete with the hungriest man on EARTH for that job, rather than the employer competing for his service. Now Ford can choose between a union guy in the Midwest, a nonunion guy in the southeast, and guy in Mexico, a guy in China, a guy in Malaysia, etc. In a global sense this is sort of a good – third world countries are starting to slowly get elevated by having these jobs come to them rather than being hoarded in the U.S. But the effect to the American worker is clear. 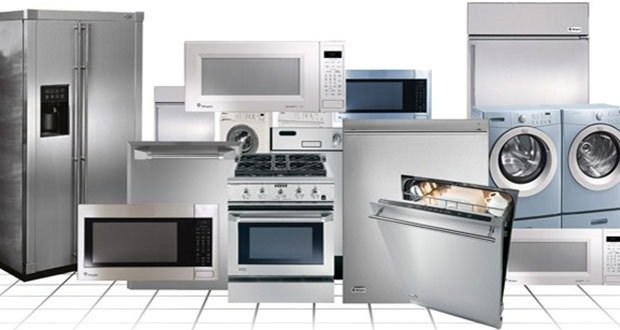 But, here is the other side – things are, inflation adjusted, much better and much cheaper. Better manufacturing has unnoticed product quality and slashed costs, and by-and-large, this gets passed on to the consumer. Most companies now get rich like Walmart – take the thinnest possible slice of the biggest possible pie, and focus on making that puree as big as possible. (Notable exception: Apple). So, in a way, that’s a net win for consumers, too.

But consumers are also workers. And today, a worker is a cost, and one to be minimized. Workers are, by design, highly replaceable. Not out of malice, but because good manufacturing demands that every process friend as little on the worker as possible. But that is the effect.

Then this same officials has been exported to every other industry: what does Gordon Ramsay rant about constantly? CONSISTENCY. What was the McDonald’s innovation? Operations through Hamburger University. Sears and LifeTouch changed photography by developing their own education program so they could turn any idiot with a finger into a portrait photographer – and one that could not shop their wares elsewhere, either. The story you see over and over in industry is that the ones who get rich are the ones that eliminate the skill, commoditize the product and the employees, take a thin slice of a huge pie, and sell by the boatload. The consequence then is that a lot of jobs that used to be middle class jobs are now “just scraping by.” 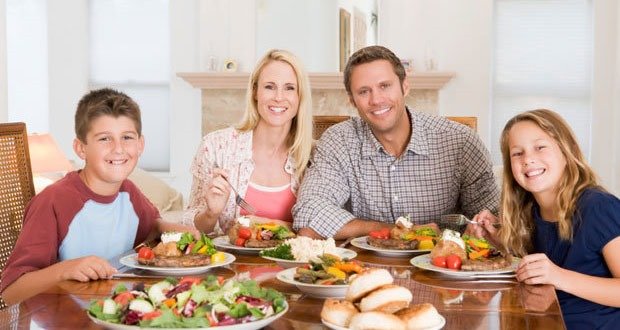 Another factor to consider here is that back then people had a way lower standard of living. Houses were 700 square feet, not 3000. Kids shared rooms. You didn’t eat meat every single day. You didn’t have a cable subscription, you used free antennas over the air. You didn’t have internet and smart phones to pay for. You only had one car because the mom stayed at home and didn’t need one. There were a lot less luxuries. You could get by on one person income still these days if you chose to live that way.