So one of our readers asked us this question the other day. Why does light travel? We all know light travels 186,282 miles per second. But HOW does it travel. What provides its thrust to that speed? And why does it travel instead of just sitting there at its source?

Everything, by nature of simply existing, is “moving” at the speed of light (which really has nothing to do with light: more on that later). Yes, that does include you. 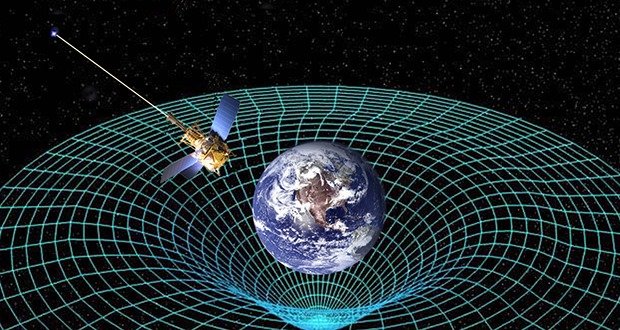 Our understanding of the universe is that the way that we perceive space and time as separate things is, to be frank, wrong. They aren’t separate: the universe is made of “spacetime,” all one word. A year and a lightyear describe different things in our day to day lives, but from a physicist’s point of view, they’re actually the exact same thing (depending on what kind of physics you’re doing).

In our day to day lives, we define motion as a distance traveled over some amount of time. However, if distances and intervals of time are the exact same thing, that suddenly becomes completely meaningless. “I traveled one foot for every foot that I traveled” is an absolutely absurd statement! 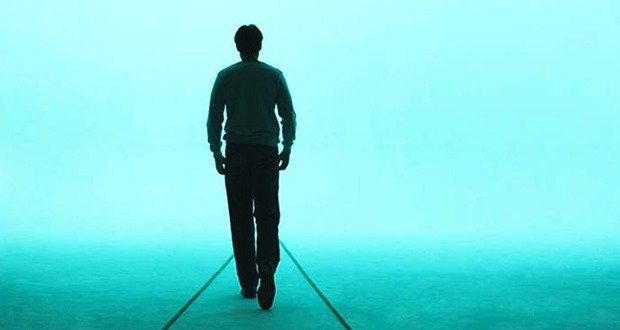 The way it works is that everything in the universe travels through spacetime at some speed which I’ll call “c” for the sake of brevity. Remember, motion in spacetime is meaningless, so it makes sense that nothing could be “faster” or “slower” through spacetime than anything else. Everybody and everything travels at one foot per foot, that’s just… how it works.


Obviously, though, things do seem to have different speeds. The reason that happens is that time and space are orthogonal, which is sort of a fancy term for “at right angles to each other.” North and east, for example, are orthogonal: you can travel as far as you want directly to the north, but it’s not going to affect where you are in terms of east/west at all. 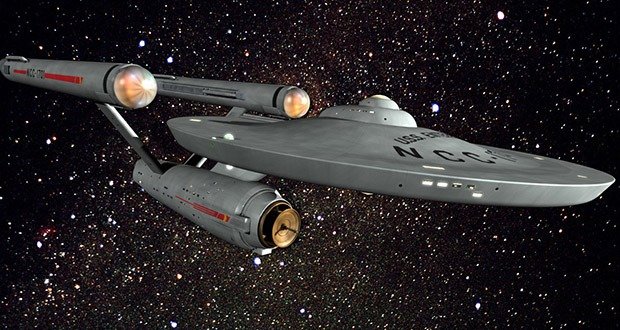 You’re (presumably) sitting in your chair right now, which means you’re not traveling through space at all. Since you have to travel through spacetime at c (speed of light), though, that means all of your motion is through time.

By the way, this is why time dilation happens: something that’s moving very fast relative to you is moving through space, but since they can only travel through spacetime at c, they have to be moving more slowly through time to compensate (from your point of view). 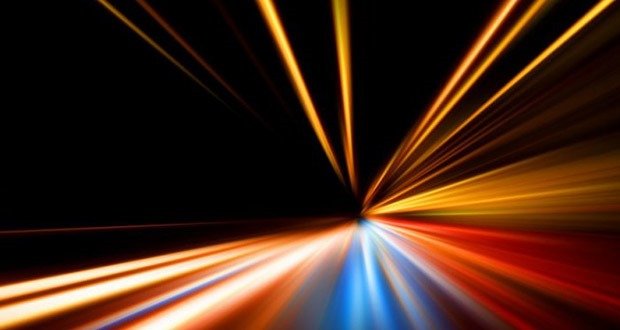 Light, on the other hand, doesn’t travel through time at all. The reason it doesn’t is somewhat complicated, but it has to do with the fact that it has no mass.

Something that isn’t moving that has mass can have energy: that’s what E = mc2 means. Light has no mass, but it does have energy. If we plug the mass of light into E=mc2, we get 0, which makes no sense because light has energy. Hence, light can never be stationary.

Not only that, but light can never be stationary from anybody’s perspective. Since, like everything else, it travels at c through spacetime, that means all of its “spacetime speed” must be through space, and none of it is through time.

This also covers the common question of why nothing can ever travels faster than light, and why things with mass cannot travel at the speed of light. Since everything moves through spacetime at c, nothing can ever exceed it (and no, traveling backwards in time would not fix that). Also, things with mass can always be “stationary” from someone’s perspective (like their own), so they always have to move through time at least a little bit, meaning they can never travel through space as fast as light does. They’d have to travel through spacetime faster than c to do that, which, again, is not possible.