So one of our readers asked us this question the other day. Why does Uranus look so smooth compared to other gas giants in our solar system? I know there are pictures of Uranus that show storms on the atmosphere similar to those of Neptune and Jupiter, but I’m talking about this picture(above) in particular. What causes the planet to look so homogeneous?

So let’s go back almost 40 years to the Voyager 2 mission, which launched in 1977. It flew past Jupiter in 1979, giving us great close-up views of swirling clouds, storms, and bands. Awesome!

Next up was Saturn in 1981. Things were definitely hazier at Saturn – presumably because it’s a good 30 degrees colder – but with a little CSI-style image enhancement, there were still plenty of swirling clouds, storms and bands to be seen. Good stuff! 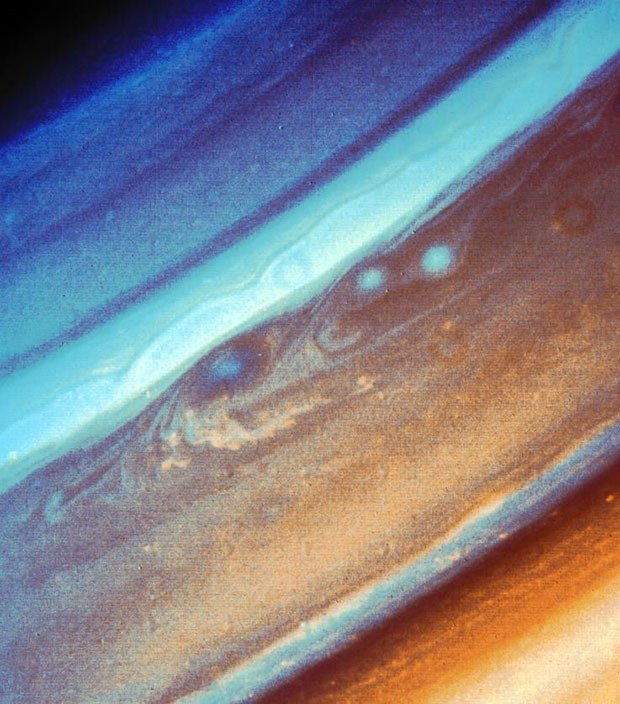 Uranus was up next in 1986, and folks were very excited to see the planet through Voyager since it’s only a tiny turquoise disc as seen from Earth – these would be our first good views ever! We got there and….yeah. A bit of a bummer, really. Even with our CSI-style enhance, there’s really just not much to be seen there. Maybe a cloud in the upper right. 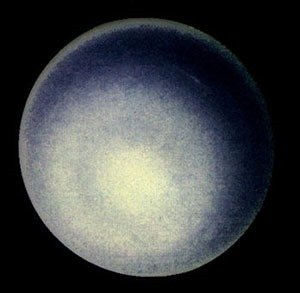 Finally, Voyager 2 flew past Neptune in 1989, and what did we see? Swirling clouds, storms, bands…that’s what a giant planet is supposed to look like. 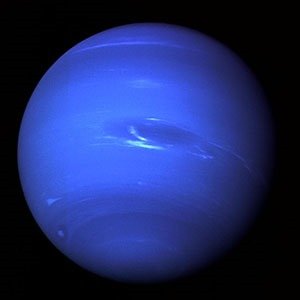 So what’s the deal with Uranus? Well, scientists realized that unlike the other 3 giant planets, Uranus seems to have no internal source of heat. Jupiter is warmer than you’d expect if it were only heated from the Sun, mostly due to gravitational compression from its formation; as it squeezes down, heat is released. Saturn is much the same, warmer than it should be due to compression, though also probably because of the separation of helium from hydrogen providing a source of heat. Neptune is also warmer than it should be because…well, actually we don’t know why Neptune is warmer, and that’s a great unsolved problem in planetary science, but a topic for another question.

Uranus, though, is exactly the temperature you’d expect it to be if only heated by the Sun. “A ha!” say the scientists, “Without any excess internal heating, there’s no energy for all those exciting storm dynamics that we see on other giant planets! We are very smart!” And that’s where the subject stopped for 20 years.

Uranus, however, had another trick up its sleeve. Unlike the other giant planets, Uranus has this crazy 82 degree axial tilt – it’s essentially rotating on its side. When Voyager flew past, the planet was at solstice – in that Voyager picture, the North Pole is actually just about at the center while the rest of the planet spins around that point. All the areas in sunlight essentially stay in sunlight at solstice, and all the areas in darkness stay in darkness. 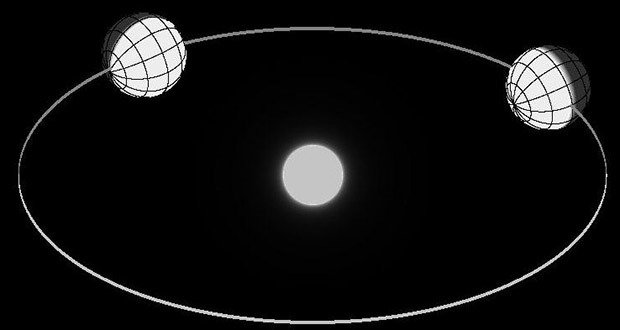 Now, fast forward 21 years – 1/4 of a Uranus orbit – to 2007 when the planet was at equinox. For the first time in 42 years, the entire planet is getting regular day-night cycles. We point the Hubble Space Telescope at it and we see swirling clouds, storms, and bands! (That’s also pretty close to the visible wavelengths seen in the Voyager image, so a comparison is fair here.) 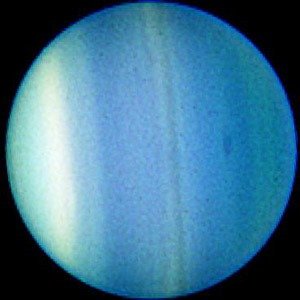 Uranus woke up, and there’s been a concerted effort by giant planet folks to rebrand the planet with its newer, hipper image. This is a planet that clearly goes through quiet and active times…but why?

This is still up for debate, but the working theory here is that without any internal heat, changing sunlight patterns are the only thing that controls the climate of the planet. Based on what Uranus is made of and the thickness of the atmosphere, there seem to be a full season lag between sunlight and temperature – so the temperature is most equal between hemispheres right around solstice, meaning boring times. At equinox, meanwhile, the temperature difference is maximized, and it can form all kinds of interesting weather patterns by tapping into that difference in energy between hemispheres.

25 Kickass and Interesting Facts About 1990s