So one of our readers asked us this question, Why did European powers, in particular, start dominating and developing at a rate which other powers of the time (Ottoman Empire, Ming Dynasty in China, Saffavids in Persia and the Moghul Empire in India) could barely keep up with?

I’ll give you the three main approaches to this topic that current historiography focuses on. 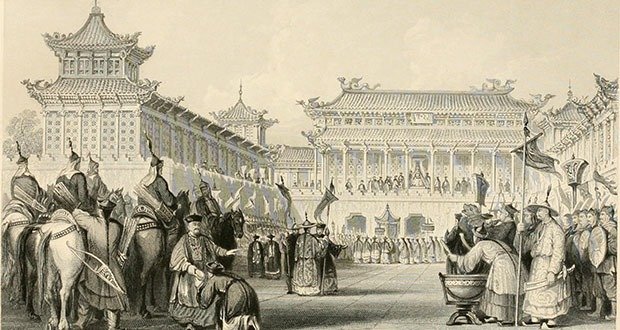 There is the argument that the ‘fall of the East preceded the rise of the West’. Historians like Janet Abu-Lughod (‘‘The World System in the Thirteenth Century: Dead-End or Precursor?’), Immanuel Wallerstein, (‘The West, Capitalism and the Modern World-System’) and C.A. Bayly (‘Archaic and Modern Globalization in the Eurasian and African Arena, c.1750-1850’) suggest that a key reason for Western hegemony was the collapse and failings of the archaic economic systems of the East. Essentially, the Eastern agrarian empires of the fifteenth century onwards were founded upon earlier systems that had aborted, and during the early-modern period made choices that saw them restrict their long term ability to compete with the at-the-time ‘weak’ Europe. For example China’s destruction of its navy by the 1440s, or the sheer size of the Afro-Asian regions discouraging initiative thinking in the same way that the feudal system in Europe created the individualization of the bourgeoisie.

This group of historians, especially Wallerstein explain the development of Europe in this period in terms of the longue duree – namely this period saw the preconditions for European domination being generated, which would allow the later precipitant of the Industrial Revolution to trigger rapid European expansion and a fundamental transformation of the world, to the extent that it was an acceleration of existing characteristics rather than the introduction of new ones. Europe was able to rise because the domination of Asia was weakened through various factors, and Europe saw several interacting factors at just the right time (the Black Death, the collapse of the Mongol empires, and the cheapening of European controlled trade routes).

Those existing characteristics are highlighted (comparatively or otherwise) by the second group. 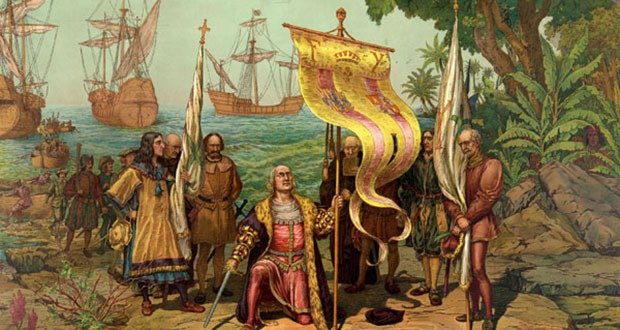 There is the sinophilic school of Andre Gunder Frank (ReOrient: Global Economy in the Asian Age), Prasannan Parthasarathi, (Why Europe Grew Rich and Asia Did Not: Global Economic Divergence, 1600-1850) and others like R. Bin Wong and Kenneth Pomeranz. For these historians, the European hegemony that emerged is not the result of any inherent distinguishing features, but a combination of the economic and ecological environment, the institutions of the state that developed in Europe, and the New World’s land (plus its gold and silver). The rise of the west is given a conjectural explanation – basically Europe became the ‘leading power’ because of those factors mentioned above but not, as you say from 1500, but actually only from the 1780s and the industrial revolution onwards. I’ll try and give you a succinct summary of their argument. Basically, they contend that Asia was the dominant player in the world system and had been for centuries. From 1492 and the discovery of the Americas, ‘the Europeans bought themselves a seat, and then even a whole railway car, on the Asian train’ of trade using the gold and silver capital from the Americas. By this I mean they could pump raw capital into the world economy to purchase Asian products, since there was little European products the Asians were willing to trade for (the usual system of economic interactions of the early-modern period). The two competing, yet interdependent, economic systems by 1780 were thus the still weak, proto-capitalist, merchant-naval European empires, such as the Spanish, or Dutch, against the still dominant, ‘traditional’, agrarian, land-based, Smithian empires of Asia, such as China or the Mughals. Even until this point European powers were not dominating the world system.

That domination occurred because of the Industrial Revolution from the 1780s onwards. This is where the third approach comes in. 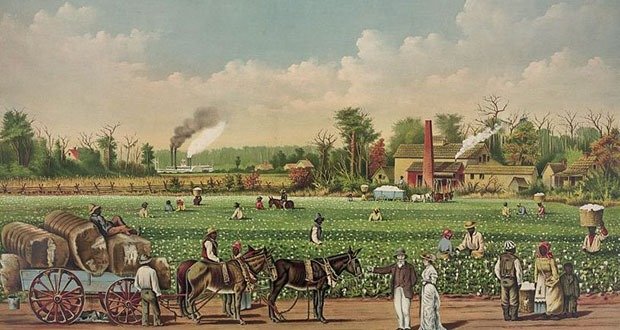 (I do not agree with these historians, but I will give you their misguided arguments) People like David Landes (The Wealth and Poverty of Nations) and E.L. Jones (Growth Recurring: Economic Change in World History) suggest that the Industrial Revolution was an event that could only have happened in Europe during the 18th and 19th centuries, because only Europe had the resources, geography and civilization ability to make the leap from a pre-industrial to an industrial society.

Britain had the making and Britain made itself

Argues Landes and there is little denying the fact that Europe certainly had situational advantages the ‘Rest’ did not. However, Landes and co.’s approach is very teleological and tautological, and heavily Eurocentric, and lacks an appreciation of the wider context that other approaches have with regards to the issue. For example, Landes argues that China was fundamentally unable and unwilling to adapt to the ‘superior’ European methods and economic systems and therefore its own stubbornness resulted in its own downfall.

Much better historians like Eric Hobsbawm (The Age of Revolution: Europe 1789–1848) provide much more solid and rounded explanations. As he states, it is better to argue that the developments during the three centuries following 1492, including the creation and expansion of mercantile empires, the creation of a captive periphery in the Americas, and the proto-capitalist economies of the Caribbean and Americas (in the form of plantation systems where whole sections of the society were geared towards production) all provided the basis for the Industrial Revolution to bring Europe to the fore. The New World in particular eased the land constraints within Europe (in the shape of ‘ghost area’ colonies) and allowed Britain in particular to access coal and thereby shift from the biological/organic ancient regime to the inorganic industrial economy. At the same time, from 1815 onwards European colonial empires saw huge swathes of land being colonized by European industrial powers, and contributing to the economic expansion. From that point onwards (1800) European hegemony was guaranteed, in the short term at least.

There is also the suggestion of an economic distinction between China’s Smithian approach (i.e. the division of labor and specialization) and Europe’s decision of Schumpeterian economic growth (i.e. a continuous increase in productivity with the addition of capital in forms of technology) which fits in with the availability of labor and the shortage of land in the East, versus the availability of land and the shortage of labor in the West.

The general argument, therefore, as to why Europe was able to gain an unassailable lead, regardless of approach, shows some remarkably consistent features:

In short, Europe was in the right place, at the right time, with the right circumstantial history, and the right systems in place that when the Industrial Revolution happened, its hegemony was cemented.

Sources: All the historians I mentioned above are brilliant (except Landes). Otherwise, for a really good history, see John Darwin’s After Tamerlane: The Rise and Fall of Global Empires 1400-2000 – I cannot recommend it enough!

AskUs: Did J.R.R. Tolkein single-handedly create our modern conception of fantasy creatures like elves and dwarves?