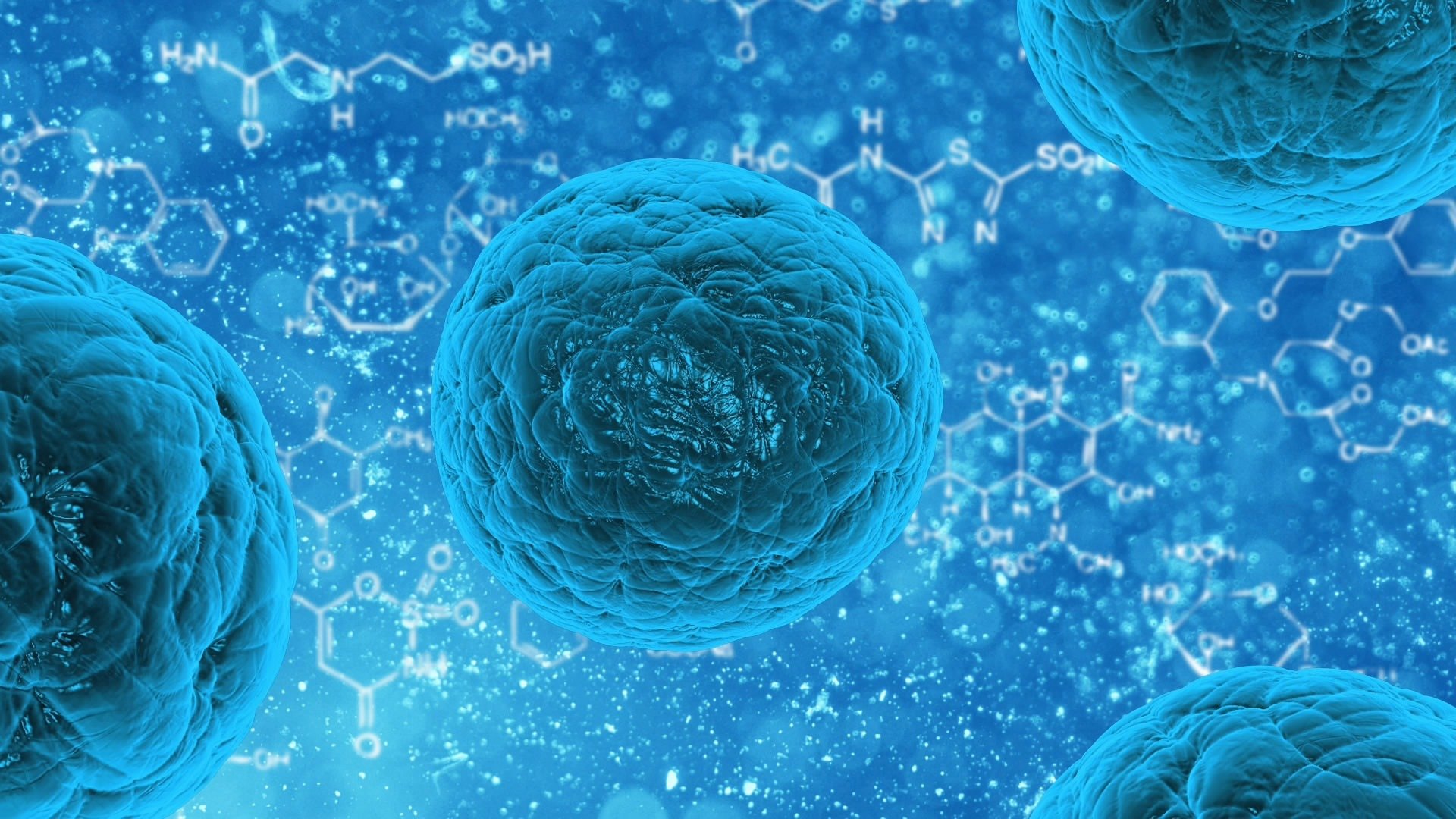 When someone mentions bacteria, what’s the first thing that comes to mind?

You’d probably be lying if you said anything but hand sanitizer or vigorous handwashing. For the most part, we’ve been trained to think only the worst when it comes to the subject of bacteria – and for good reason.

There are a lot of nasty species of bacteria out there that can kill you with a single whiff. What you might not know, however, is that most of the bacteria on the planet aren’t harmful at all.

Keep reading to learn all kinds of cool bacteria facts that no one told you when you were a kid.

To put this into perspective, the earliest human fossils only date back about 200,000 years. These anatomically modern fossils are from the middle Paleolithic period.

The blue-green algae bacteria, or cyanobacteria, have fossils dated from early in the Precambrian period.

You guessed it, bacteria, or as we like to call them, microscopic colonists. You may find research papers that say our cells are outnumbered 10 to 1, but more recent research has found that it’s much closer to a 1 to 1 ratio.

Your body is a microbial battleground, and it’s fully stocked with single-celled soldiers – inside and out.

We are all aware of what happens if your food gets contaminated with beastly bacteria. You start getting the sweats, fever, nausea, and ghastly diarrhea. But, not all bacteria cause food poisoning.

In fact, everything you eat has bacteria on and in it. Food poisoning is just a matter of which type of bacteria has made home to your lunch.

Yogurt, for example, has tons of live bacteria in it. The national yogurt association in the US requires 100 million bacteria per gram in yogurt in order to label the product with the live and active cultures seal.

If you never thought the FDA would actually require food to have bacteria, you’d be sorely mistaken.

There’s only one way a species gets to live 3.5 billion years, and that’s by being a tough nut to crack.

For reasons that scientist don’t fully understand yet, bacteria are extremely tough. Certain species of bacteria can withstand high levels of radiation, not only survive but thrive in the deepest depths of the ocean, live in near-boiling water, float around in the air, and some have even survived a meteor ride from space.

Deinococcus Radioduranst is the worlds toughest bacteria. It can withstand more than 1000X the amount of radiation that would kill your entire family.

Less Than 1% of Bacteria Will Actually Make You Sick

Yes, only 1% of bacteria will actually make you sick. Many of these bacteria will help you digest food, absorb vitamins, and destroy diseased cells. This is not to say that you should throw away your hand sanitizer or stop washing your hands.

It’s important to remember that while we’re only looking at one percent of bacteria, that 1% is still a huge number. Many species of the 1% or actually quite dangerous and completely justify our fears of bacteria.

The bacteria in the study were clostridia. Mice naturally have this bacteria, but they begin to lose these microbes as they age or develop impaired immune systems. The study showed that even when given a healthy diet, these mice became obese.

When scientists reintroduced a class of clostridia back into the mice, it allowed them to maintain a healthy weight. More studies are being done to find out what this could mean for humans.

Bacteria Are Constantly Evolving… and Fast

So next time you need to take antibiotics, they might not work.

Bacteria are able to evolve so much faster than humans because of their “generation time”. Humans take an average of 20 years to come of age and produce offspring. Bacteria reproduce and age at an average of 20 minutes.

Bacteria Produce Almost Half of the Oxygen in the Atmosphere

Remember the blue-green algae/cyanobacteria we talked about? The oldest bacteria known to man.

This bacteria actually goes through the process of photosynthesis, the same process in which plants turn carbon dioxide into oxygen. Cyanobacteria actually played a huge part in creating the earth’s atmosphere.

In fact, all plant life on earth use symbiotic cyanobacteria in the process of photosynthesis.

In other words, without bacteria, there would be no life at all.

Vaccines Are Created from Weakened or Dead Bacteria

Without vaccines, humans would be susceptible to another plague… Again, and again.

There are several types of vaccines including live, inactivated, and toxoid.

Live vaccines are weakened versions of a disease. This disease is weakened (using embryos from chickens) so that it cannot reproduce in human cells, but will still trigger an immune response that can protect against future infection.

Inactivated vaccines are a dead version of a disease. Disease-causing cells are killed using heat or chemicals that destroy the pathogen’s ability to reproduce. The disease is kept well enough intact so that the immune system still recognizes and responds to it.

Toxoids are vaccines that protect against a toxin produced by a dangerous pathogen. Tetanus, for example, is not necessarily a dangerous bacteria, however, it produces a neurotoxin called tetanospasmin. Toxoids can be considered inactivated vaccines, but are sometimes given their own category.

We Don’t Know How Old Bacteria Actually Is

So far we can date bacteria billions of years back, but we don’t actually know how old bacteria is.

It’s a well-known fact that 10% of the earth is covered with glacial ice, but what a lot of people don’t consider is that billions of species of bacteria are trapped in that ice.

As the ice caps continue to melt, more and more bacteria are released. Most of this bacteria has been dead for a long time, but as we’ve already established, bacteria are crazy tough and can survive extreme conditions.

Bacteria Could Save Thousands of Lives by Cleaning up Oil Spills

Scientists have begun using a method called Bioremediation. This is the use of bacteria to break down or remove oil.

Oil spills are devastating to sea life, leaving millions of fish washing up on the sand, not to mention all of the birds and shore life affected. These oil-eating bacteria start breaking down the oil at a rapid rate, which allows responders to clean up the oil spill much quicker.

Scientists are working on a way to utilize these bacteria in a more efficient way so that oil spills will no longer be a devastating event.

Researchers Found 421,000 Units of Bacteria on the Outside of Shoes

Shoes are dirty. No matter how much we try to avoid it, our shoes pick up bacteria from everywhere we go. Even if you’re able to avoid that steaming pile of dog poop, just walking down the sidewalk can leave you susceptible to a world of bacteria – especially if you’re in a highly touristy area.

You could be looking at bacteria from China, Iceland, Mexico, Brazil, Africa, and everywhere in between. And what if just one of those people happen to step foot inside of a hospital earlier that day? Forget about it.

Do yourself a favor and find a footwear sanitizing station near you.

Did These Bacteria Facts Blow Your Mind?

Seriously, there’s a reason they didn’t teach us all of these bacteria facts in school. If we knew just how good bacteria could be, we probably would never wash our hands. So in the grand scheme of things, it’s best if we develop good hygiene habits before learning about how great bacteria can be.

For more kick-ass facts about all your favorite subjects, browse through the rest of our blog.

October 3, 2014
Latest Posts
Did you know?
Loading...
Facts of the Day
Registration is disabled.