Here are 25 Kickass and Badass Quotes. 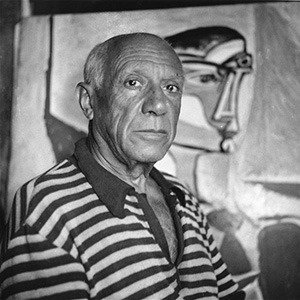 1. “When I was a child, my mother said to me, ‘If you become a soldier, you’ll be a general. If you become a monk, you’ll end up as the Pope.’ Instead, I became a painter, and wound up as Picasso.” -Pablo Picasso

2. “Ladies and gentlemen, I don’t know whether you fully understand that I have just been shot, but it takes more than that to kill a Bull Moose.” -Teddy Roosevelt, while surviving an assassination attempt. He finished delivering the 90-minute speech.

3. “If you had not committed great sins, God would not have sent a punishment like me upon you” – Ghenghis Khan.

4. “Everyone has a plan until they get punched in the mouth.” – Mike Tyson

5. Shortly before World War I, the German Kaiser was the guest of the Swiss government to observe military maneuvers. The Kaiser asked a Swiss militiaman: “You are 500,000 and you shoot well, but if we attack with 1,000,000 men what will you do?” The soldier replied: “Shoot twice and go home.” 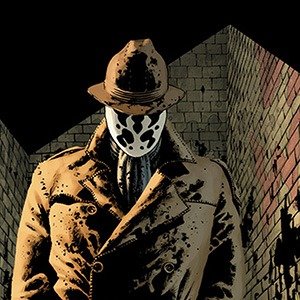 7. After invading Greece and receiving the submission of other key city-states, Philip II of Macedon sent a message to Sparta: “If I invade Laconia you will be destroyed, never to rise again.” The Spartan ephors replied with a single word: “If”. Neither Philip II or his son, Alexander the Great, even tried to invade it.

10. “If there is a god, he’ll have to beg for my forgiveness” – Written on the walls of a concentration camp by an anonymous victim of the Nazis. 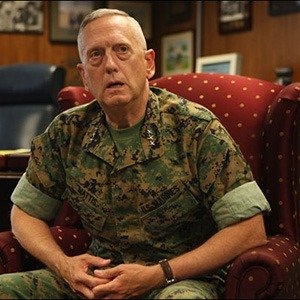 11. “Be polite, be professional, but have a plan to kill everyone you meet.” – General Mattis. “I come in peace. I didn’t bring artillery. But I’m pleading with you, with tears in my eyes: If you f**k with me, I’ll kill you all” – General Mattis again.

12. “People should either be caressed or crushed. If you do them minor damage they will get their revenge; but if you cripple them there is nothing they can do. If you need to injure someone, do it in such a way that you do not have to fear their vengeance.” – Niccolò Machiavelli.

13. “I’m a kind person, I’m kind to everyone, but if you are unkind to me, then kindness is not what you’ll remember me for” – Al Capone.

14. “May God have mercy upon my enemies, because I won’t” – General George S. Patton.

15. The first atomic bomb was detonated on July 16, 1945, in the Trinity test in New Mexico; Oppenheimer remarked later that it brought to mind words from the Bhagavad Gita: “Now I am become Death, the destroyer of worlds.” 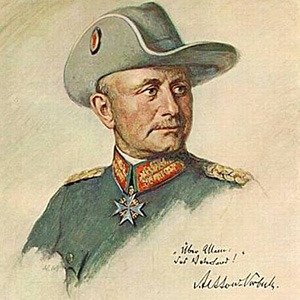 16. “Go f**k yourself.” – General Paul von Lettow-Vorbeck, after being asked to be a German ambassador by Hitler.

17. While interviewing an anonymous US Special Forces soldier on his sniper skills, a Reuters News agent asked the soldier what he felt when shooting members of al Qaeda in Afghanistan. The soldier shrugged and replied, “Recoil.”

18. Alexander the Great met Diogenes the cynic, a homeless philosopher, while he was relaxing in the sunlight in the morning. Alexander, thrilled to meet the famous philosopher, asked if there was any favor he might do for him. Diogenes replied, “Yes, stand a little out of my sunlight.” Alexander then declared, “If I were not Alexander, then I should wish to be Diogenes”, to which Diogenes replied, “If I were not Diogenes, I should also wish to be Diogenes.”

19. In 2000, Army specialist Jeff Lewis was sent to Fort Bragg on a parachute jump with no training save for a one day refresher course. Despite stepping out of the plane on the wrong foot and twisting his gear up, he managed to make the jump safely. When asked about it later, he replied “The US Army said I was airborne qualified, and I wasn’t going to question it.”

20. “We are going to die, and that makes us the lucky ones. Most people are never going to die because they are never going to be born. The potential people who could have been here in my place but who will in fact never see the light of day outnumber the sand grains of Arabia. Certainly those unborn ghosts include greater poets than Keats, scientists greater than Newton. We know this because the set of possible people allowed by our DNA so massively exceeds the set of actual people. In the teeth of these stupefying odds it is you and I, in our ordinariness, that are here.We privileged few, who won the lottery of birth against all odds, how dare we whine at our inevitable return to that prior state from which the vast majority have never stirred?” – Richard Dawkins 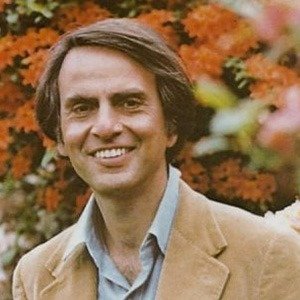 21. “Look again at that dot. That’s here. That’s home. That’s us. On it everyone you love, everyone you know, everyone you ever heard of, every human being who ever was, lived out their lives. The aggregate of our joy and suffering, thousands of confident religions, ideologies, and economic doctrines, every hunter and forager, every hero and coward, every creator and destroyer of civilization, every king and peasant, every young couple in love, every mother and father, hopeful child, inventor and explorer, every teacher of morals, every corrupt politician, every ‘superstar,’ every ‘supreme leader,’ every saint and sinner in the history of our species lived there — on a mote of dust suspended in a sunbeam.” – Carl Sagan

22. Dec. 23, 1944 – “Battle of the Bulge” – An entire U.S. armored division was retreating from the Germans in the Ardennes forest when a sergeant in a tank destroyer spotted an American digging a foxhole. The GI, PFC Martin, 325th Glider Infantry Regiment, looked up and asked, “Are you looking for a safe place?” “Yeah” answered the tanker. “Well, buddy,” he drawled, “just pull your vehicle behind me…I’m the 82nd Airborne, and this is as far as the bastards are going.”

23. “Every normal man must be tempted, at times, to spit on his hands, hoist the black flag, and begin slitting throats.” – H.L. Mencken

24. “More weight” – Giles Corey who was tortured to death during the Salem Witch Trials by a technique known as pressing, where they would pile weights on top of the victim.

25. “Light thinks it travels faster than anything but it is wrong. No matter how fast light travels, it finds the darkness has always got there first and is waiting for it.” – Terry Pratchett

(This article was originally published on September 27, 2014)