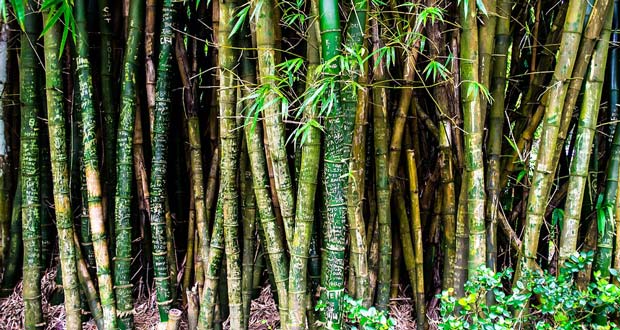 21. In Hong Kong, people don’t use metal scaffolding, they use bamboo. – Source

22. Bamboo might actually be one of the strongest materials on earth. It has more tensile strength than steel and can withstand compression better than concrete. – Source

23. A pigment called gamboge requires large amounts of resin to be collected in a bamboo cane where it remains (sometimes for years) until the paste solidifies. It also gives you bad diarrhea. – Source

24. Chinese lucky bamboo neither grows in China nor is bamboo. – Source

27. Mountain Gorillas can intoxicate themselves by eating Bamboo Stems, which ferment in their stomachs. – Source

28. There are almost no archaeological remains of complex stone tools in eastern Asia, possibly due to the presence of bamboo as an alternative material for tool-making. – Source

29. A crazy strong bamboo bridge across the Mekong is washed away and rebuilt every year in Kampong Cham, Cambodia. – Source

August 3, 2017
Latest Posts
Subscribe to Blog via Email
Did you know?
Loading...
Facts of the Day
Registration is disabled.