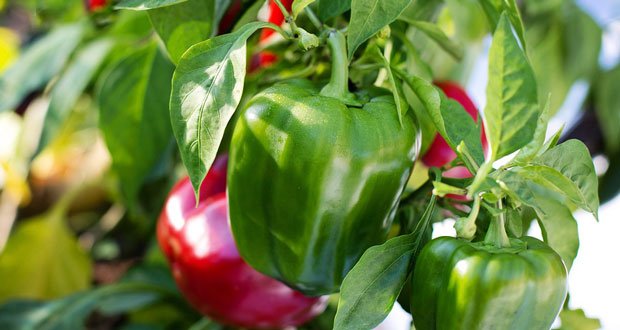 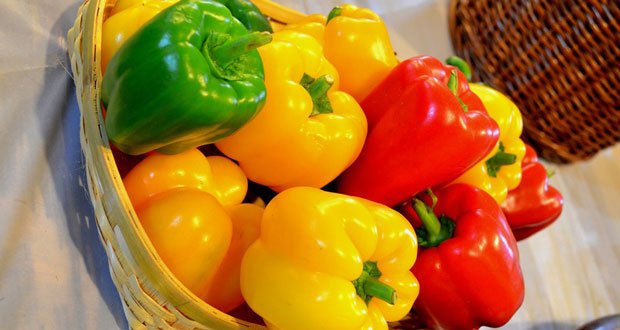 1. Bell peppers are different colored due to the stage in which they are picked. Therefore a green bell pepper is really a red pepper, it was just picked before it changed color. And they each have a unique array of nutritional values corresponding to their hue. – Source

2. Paprika is made from Bell Pepper. – Source

3. “Pepperoni” is the Italian word for “bell pepper” and if you order a “pepperoni pizza” in Italy, you will get a pizza with sliced bell peppers on it. – Source

4. Christopher Columbus is the reason we use the word “pepper” for both black pepper and members of the capsicum family (chili, bell, jalapeno, etc.). – Source

5. Smaller, sterile bell peppers that are “unaffected by weather, pests, or other external conditions” can grow inside of normally sized bell peppers and is something that occurs in many fruits called internal proliferation. – Source 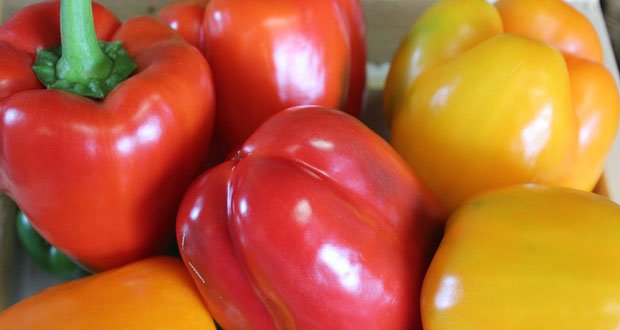 6. Bell peppers can be either male or female, the male having three bumps and the female having four. – Source

7. In the Midwest green bell peppers are sometimes referred to as “mangoes”. – Source

8. While being native to Central America, China produces the most Bell Peppers out of all countries. – Source

9. Bell peppers are botanically fruits but are generally considered to be vegetables in a culinary setting. – Source

Leave a Reply to A grower. Cancel reply

April 1, 2019
Latest Posts
Subscribe to Blog via Email
Did you know?
Loading...
Facts of the Day
Registration is disabled.