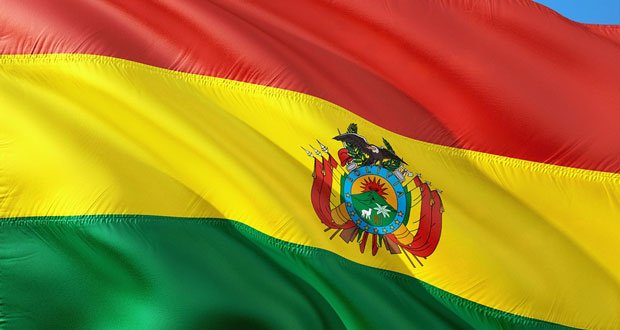 1. Measuring 4086mi^2, the largest salt pan Salar de Uyuni in Bolivia is so flat that rain can’t drain, creating the world’s largest natural mirror. It’s also 5x better for satellite calibration than the surface of the ocean, and an elevation measurement accuracy of 0.8 inches. – Source

2. One of Bolivia’s oldest silver mines has claimed the lives of an estimated 8 million people in the past 500 years. It is known as the ‘Mountain that eats men” and is still mined with pick and shovel today. – Source

3. There is a giant limestone wall in Bolivia that has over 5000 dinosaur footprints on it. The 462 tracks were made by 8 species over 68 million years ago. – Source

4. The tradition of women in Bolivia wearing bowler hats dates back to the late 1800’s when a shipment meant for English workers were too small so they were given to the locals. – Source

5. There’s a bar in Bolivia called Route 36 that exclusively serves cocaine that’s renowned for its purity. Because neighbors constantly complain of noise, and because cocaine is illegal in Bolivia, the bar constantly changes its location which it spreads via word of mouth. – Source

6. Bolivia’s largest prison, San Pedro, has a society within itself, with no guards inside the walls. It has shops and restaurants run by inmates. Inmates elect their own leaders, get jobs to pay for their cell’s rent, and can even live with their wives and children. – Source

7. The rate of inflation in Bolivia went an estimated 25,000% to a single digit within a period of fewer than 6 weeks because of economic “shock therapy” designed by their former president. – Source

8. Since it became an independent country in 1825, Bolivia has had more than 190 revolutions and coups. – Source

9. Bill Gates tried to give Bolivia thousands of chickens and in doing so greatly offended the Bolivian government. – Source

10. There’s a hotel in Bolivia made almost entirely of salt, complete with salt beds and chairs. – Source

11. Landlocked Bolivia maintains a standing navy, in preparation for the day it reconquers coastline lost to Chile in the 19th Century. – Source

12. According to research, the World’s unfriendliest nation for tourists is Bolivia. – Source

13. The potato was first domesticated in the region of north-western Bolivia and southern Peru between 8000 and 5000 BC. According to conservative estimates, the introduction of the potato was responsible for a quarter of the growth in Old World population and urbanization between 1700 and 1900. – Source

14. For one day in Bolivia, citizens were not allowed to leave their homes in order to accomplish the first census there in 11 years. – Source

15. One of Bolivia’s 37 official languages has been extinct since the 18th century. – Source

16. In 2000, scientists discovered an ancient temple submerged inside Lake Titicaca in Bolivia/Peru. – Source

17. Tinku is a festival in Bolivia where people beat the sh*t out of each other for 3 days straight. – Source

18. There is no McDonald’s in Bolivia: the general population doesn’t like fast food, and after years of losses the company finally decided to close shop. – Source

19.  An energy drink called “Coca Colla” is produced in Bolivia; It contains coca leaf extract, and “Colla” refers to Collasuyo, part of the ancient Inca empire. It tastes similar to Coke. – Source

20. There was a massacre at El Alto, Bolivia where around 68 dead and 400 injured, including onlookers and children while protesting the privatization of Bolivia’s oil and gas reserves. – Source

21. The World Bank pretty much forced Bolivia to sell it’s water supply to a private corporation which resulted in intense resistance by Bolivians. This was also the main theme of a James Bond film. – Source

22. Bolivia has over half of the world’s supply of lithium, the primary component in cell phone and electric car batteries. – Source

23. In 2014, Bolivia granted the Earth comprehensive legal rights, including the right to: life and regeneration; biodiversity and freedom from genetic modification, pure water, clean air, naturally balanced systems, restoration from the effects of human activity, and freedom from contamination. – Source

24. Volunteers dressed as zebras (known as “The Zebras of Peace”) promote road safety on the streets throughout Bolivia since 2001. – Source

25. The primary exporter of Brazil nuts is not Brazil, it’s Bolivia. –Source

October 24, 2017
Latest Posts
Subscribe to Blog via Email
Did you know?
Loading...
Facts of the Day
Registration is disabled.