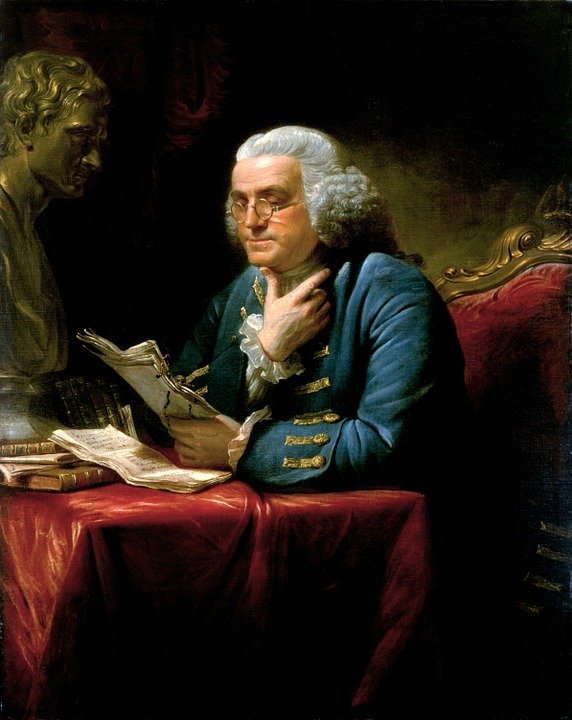 1. When Benjamin Franklin died he left the city of Boston $4000 in a trust to earn interest for 200 years. By 1990 the trust was worth over $5 million and was used to help establish a trade school that became the Franklin Institute of Boston. – Source

2. 16-year-old Matt Damon and 14-year-old Ben Affleck created a joint bank account, which held their money from filming commercials in Boston, so the two could pay for trips to audition for roles in New York. – Source

4. During the 1918 flu pandemic, 62 Boston prisoners volunteered to be injected with infected tissue and sprayed with infectious aerosols with a promise of release if they survived. All of the prisoners lived, but the ward doctor died soon after. – Source

5. Nike pulled a t-shirt that said, “Boston Massacre” with a blood spatter pattern off the shelves after the Boston Marathon bombings.  – Source

6. Tea parties weren’t invented until the 1830s; which means the 1773 Boston Tea Party wasn’t known by that name until more than 60 years after the event. At the time it was referred to as “the destruction of the tea”. – Source

7. The first ever aerial photograph of an American city is of Boston in 1860. The photo, made from a hot air balloon, is titled: “Boston, as the Eagle and the Wild Goose See It.” – Source

8. There is an abandoned 120-year-old concert hall buried underground in the middle of downtown Boston. – Source

9. The largest art heist in history was completed in 1990 at the Isabella Stewart Gardner Museum in Boston, totaling 13 paintings worth $500M. To this day, all of the empty frames are still hanging, acting as placeholders until the pieces are returned. – Source

10. The first person sentenced to the stocks in Boston was Edward Palmer, the builder of said stocks. His crime: Charging too much for building the stocks. – Source

11. In the 1942 Cocoanut Grove fire in Boston, at least 300 people lost their lives because the doors opened inwards. This prompted the regulation that all doors in a public building must open outwards. – Source

12. Boston has hidden poems on its sidewalks that are only visible when wet. When it rains, pedestrians are treated to the work of Langston Hughes and others. – Source

13. David Ortiz came in third for Mayor of Boston and he wasn’t on the ballot. – Source

14. Scientists in Boston have discovered that it may be possible to learn complex tasks, such as mastering Kung-Fu or the Piano, with little to no conscious effort, just like in The Matrix. – Source

16. Henry Beecher, the anesthesiologist in Boston, published a 1966 article that drew attention to 22 examples of unethical clinical research that had risked patients’ lives, which along with subsequent Congressional investigation led to current guidelines on informed consent and human research. – Source

17. In 1776, a lead statue of King George III located in Boston was torn down by revolutionaries. The lead from the statue was then melted down and cast into musket balls to be used against the British. – Source

18. A Catholic priest was strangled and stomped to death while serving a prison sentence for sexually molesting over 130 children in the Boston area. – Source

19. John Willis is the only white member of Ping On, Boston’s Chinese mafia. He was introduced to the group by a young Asian man he saved. John later learned Chinese, became the boss’ chief bodyguard, and received the nickname “White Devil”. – Source