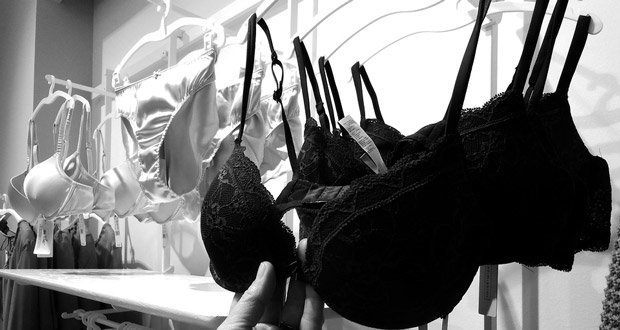 2. Mythbusters (no pun intended) found that a barista with a DD bra size resulted in men tipping 30% more and women tipping 40% more. – Source

3. The largest confirmed set of natural breasts belong to a woman who goes by “Norma Stitz”. She has done adult films and her bra size is 102ZZZ. – Source

4. A sports science researcher from France, Jean-Denis Rouillon of the University of Besançon, found after fifteen years of empirical research that women who go braless have, on average, perkier breasts, with nipples on average 7 mm higher in relation to their shoulders than regular bra users. – Source

5. There was a bra designed to break apart into 2 gas masks if an emergency arose. – Source

6. Women’s flapper fashion of the 1920’s valued small breasts and a thin boyish figure. Bras to flatten the chest were wildly popular. – Source

8. There is a $1000 sports bra which uses heat sensors to detect signs of breast cancer up to 6 years earlier than a mammogram can. – Source

10. Neil Armstrong’s spacesuit was made by a bra manufacturer Playtex. – Source 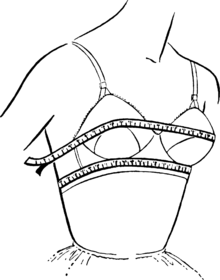 12. In 1975, the student senate of UT Austin passed a dress code that made it mandatory for women to wear a bra if they could not pass the pencil test. The decision was filibustered by a female senate member, who was physically removed from the room before the vote passed 11-9. – Source

13. Playboy Bunny suits had bullet bras designed to be stuffed & fire-retardant fake fur tails because customers kept trying to light the original yarn tails on fire. Due to a $500 fine for taking the costume home, of the 15,000 made, only a small handful of “stolen” keepsake suits have survived. – Source

14. In order to hit the high note in the theme song to Goldfinger, Shirley Bassey had to remove her bra in the studio between takes. – Source 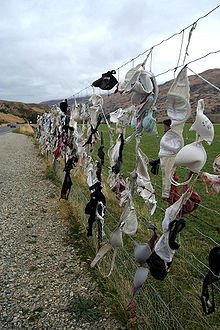 16. Cardrona Bra Fence, New Zealand was a tourist destination till 2008. Around 800 bras were hung on this rural fence on a public road reserve in Central Otago after passers-by started adding bras to it. – Source

17. Disneyland originally had a lingerie shop on the main street where a robot sold bras and corsets. – Source

18. A Spanish toy company once sold a “breastfeeding baby” doll to girls aged 8-10. The toy came complete with a special bra that the girls would wear to nurse the doll. – Source

19. Due to strict broadcasting codes bras were not shown on live models on TV commercials until 1987; prior to that time, they had to be displayed on headless/armless mannequins. – Source

20. In 1941, state surveys in the UK asked how many bras women-owned to work out the amount of steel that was being diverted from the war effort to prop up women’s corsets and other garments. – Source

21. After a drunk patron started a tradition by throwing her bra onto the bar, the walls and ceilings of Hogs and Heifers Saloon in New York City are now covered with approximately 18,000 bras, including one from Julia Roberts. – Source

22. There’s a Chinese University that offers a degree in bra studies. – Source

23. There are cows in Russia equipped with hand-made fur bras to help survive the biting cold. The bras are intended to save cows’ udder from frostbite. – Source 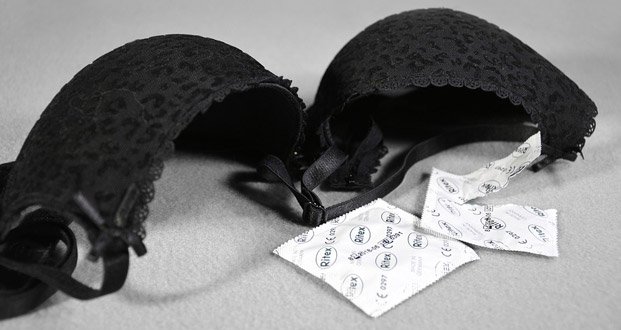 26. A company in Japan made a bra that unhooks automatically when the wearer is “in love”. – Source

27. There’s a Twitter-connected bra which tweets every time it’s unhooked to encourage women to self-examine their breasts. – Source

28. In 1999, two women died by a bolt of lightning caused by their underwire bras acting as conductors. – Source

AskReaders: If life was a video game, what tips would appear on the loading screen?