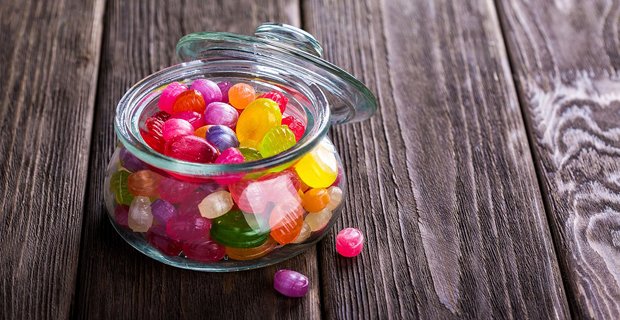 1. A 2011 study revealed that people who eat candy weigh less than those who don’t. The study was sponsored by the “National Confectioners Association”. – Source

2. During the Berlin Blockade in 1948, a pilot who was doing supply drops for the civilians became known as ‘Uncle Wiggly Wings’ after he started dropping candy and chocolate from his plane and wiggling his wings so people knew it was him. – Source

3. Despite popular belief, there has never been a report of someone handing out poisoned candy to strangers on Halloween. – Source

4. The “Duds” in the name of the candy Milk Duds is because the original goal was to have perfectly round pieces of candy, but the machines the company had at the time couldn’t quite do it. – Source

5. When a factory worker from Wonka was asked about the production of Nerds candy, he said “Basically we start off with a sugar crystal and we just keep coating it with more sugar.” – Source

6. During WWII, other candy manufacturers donated their sugar rations to keep Life Savers in production so that the little candies could be shared with Armed Forces as a “tasty reminder of life at home”. – Source

7. The reason today’s artificial banana flavoring for candy tastes so differently than an actual banana is because it is based on the Gros Michel Banana, which was nearly wiped out in the 50’s due to a fungus. The bananas we eat today are from the Cavendish family. – Source

8. The Candy Desk is a tradition of the US Senate since 1968, whereby a senator who sits at a desk near a busy entrance keeps a drawer full of candy for members of the body. The desk is currently supplied with candy made in Pennsylvania, including Milky Way bars, Mars bars, and jellybeans. – Source

9. Canadians make a candy called Tire d’érable by pouring maple syrup on snow, then rolling it onto sticks. – Source

10. Big Boi from OutKast, as a child, would throw candy parties where he’d charge kids to come to his house and eat candy all day. He would DJ it. – Source 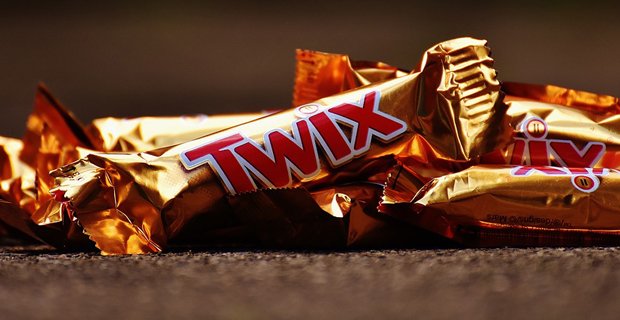 11. In 24 states, you will pay sales tax on Hershey’s bars but not on Twix. This is because those states define candy as flour-free in their sales tax code and Twix contains flour, making it a grocery item. – Source

12. Mars Candy Incorporated found E.T. so ugly that the company refused to allow M&M’s to be used in the film, believing the creature would frighten children. This allowed The Hershey Company the opportunity to market Reese’s Pieces. – Source

13. Pop Rocks candy is made by exposing melted candy syrup to ~600psi of CO2, then allowing it to cool, thereby trapping highly pressurized micro-bubbles of gas in the candy. – Source

14. The Mystery Flavor of Dum Dums lollipops is a mixture of two flavors that come together when the end of one batch of candy meets the beginning of the next batch. Thus, the Mystery Flavor continually changes. – Source 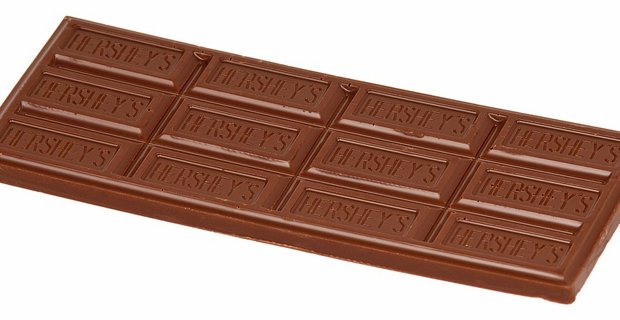 16. Since Hershey changed their formula to no longer include cocoa butter, they are legally prevented from labeling some of their candies as having “Milk Chocolate”, and must instead say they are “chocolate candy,” “made with chocolate” or “chocolatey.” – Source

17. Blue raspberry candy flavor is based on a real fruit called a blue raspberry, but it’s not actually blue. – Source

18. The 1971 film “Willy Wonka and the Chocolate Factory” was financed by the Quaker Oats Company to promote their new candy: The Wonka Bar. – Source

19. There was an appetite suppressant candy called AYDS pronounce (AIDS) in the 80’s with the slogan ‘Lose weight deliciously with the aid of AYDS’. – Source

20. During the Korean War, the U.S Military ran out of mortar rounds and as a result accidentally ordered thousands of crates of ‘Tootsie Rolls’ candy. This is because the U.S Army used ‘Tootsie Roll’ as a slang code for mortar shells. – Source