1. Ben Affleck is banned for life from playing Blackjack at the Hard Rock Casino in Las Vegas after being caught counting cards. – Source

2. One man won $6 million in one night from one casino. Don Johnson singlehandedly ruined the Tropicana’s April 2011 revenue through blackjack; he’d already won $9 million at two other casinos. He is now banned from most Atlantic City casinos. – Source

3. The “Sky Beam” that shoots out of the Casino in Las Vegas attracts so many insects that it has established a new ecosystem of moths, bats, and owls. – Source

4.  Billionaire Howard Hughes bought the small Silver Slipper casino only to re-position the hotel’s trademark neon sign, which was visible from his bedroom and had been keeping him up at night. – Source

5. The most sophisticated bomb ever encountered by the FBI destroyed Harvey’s Wagon Wheel casino in Lake Tahoe in 1980. The device included 28 toggle switches, a float switch, tilt sensor, sensors and spring switches casing screws and joints, and a few surprises. – Source

6. After being caught by casino owners and prosecuted in court for cheating, the Hyland card counting team was acquitted of all charges after the judge ruled that the players’ conduct was not cheating, but merely the use of intelligent strategy. – Source

7. Las Vegas’s MGM Grand Hotel & Casino had its worst financial week ever when it hosted a physicist convention. – Source

8. Many casinos have started the “skill-based” games because younger people are bored with the standard “luck-based” ones like slots and roulette. Gamblers will be able to bet and win money on things like free throw contests, “Cashteroids,” a modified version of Angry Birds, and more. – Source

9. A Chinese businessman bought a non-functional aircraft carrier from Ukraine, allegedly to use it as a floating casino. It took more than 4 years to tow it to China. Later the Chinese government bought and modernized the carrier, making it its only aircraft carrier its navy owns today. – Source

10. In 1993, a man named William Brennan walked out of the Stardust Casino in Las Vegas with $500K in cash and chips and vanished, along with his cat. He has never been heard from since, making it one of the most successful casino robberies in history. 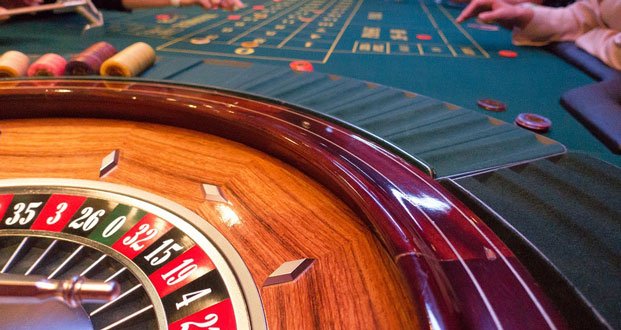 11. American roulette wheels are different than wheels in other parts of the world. Casinos in the U.S. use a 0 and double 0 to decrease the odds of winning to 1/38, while other countries use just 0, making the odds 1/37 when betting individual numbers.

12. The government of the Netherlands owns Holland Casino, an organization that owns 14 casinos throughout the country, with all profits going directly to the Dutch treasury. – Source

13. When Sammy Davis Jr. took a swim in the pool at the New Frontier hotel & casino in Las Vegas in 1952, they drained the pool when he was done. – Source

14. After Russia outlawed virtually all gambling in 2009. A Russian engineer learned how to cheat slot machines. He took his knowledge to the U.S. and won around $21,000. Casinos still have no fix for it. – Source

15. In 1980, William Bergstrom arrived at Binion’s Horseshoe Casino in Las Vegas, Nevada with two suitcases: one containing $777,000 in cash, the other empty. He placed the full amount on a single bet of dice which he won and packed the winnings in the empty suitcase. – Source

16. Penny slot machines pull in more money for casinos than any other game in both wagers and wins. – Source

17. Indian Casinos came about because a Native American couple, Russell and Helen Bryan, living on a reservation fought property tax all the way up to the Supreme Court, therefore, establishing a precedent that the U.S. government cannot regulate Indian affairs on reservations. – Source

18. When using “perfect strategy” in blackjack, the casino only has a 2% edge over the player in the long run. Due to some players playing with their instincts versus the math behind the perfect strategy, the casino can gain 10 times their original advantage. – Source

19. Casinos can use a product called Angel Eye: to prevent players from switching cards every card is scanned as it is dealt. If a player turns up a card they weren’t dealt casino security is notified. – Source

20. The Luxor Casino in Las Vegas has a beam that the FAA officially listed it as a flight waypoint and that it can be seen from Los Angeles. 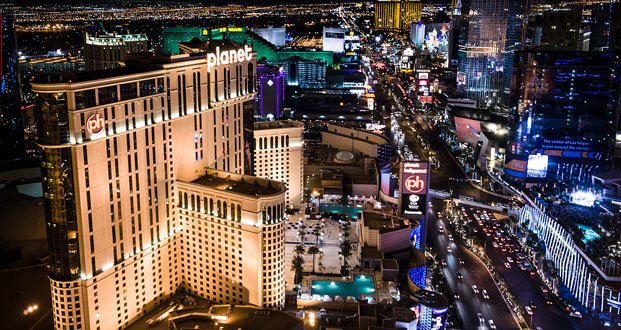 21. Basically, none of the casinos we associate with Las Vegas are officially in the city of Las Vegas. They’re all located in an unincorporated town named Paradise. – Source

22. Casino odds on a cruise ship are way worse than on land “blackjack tables will pay 6-to-5, instead of the usual 3-to-2 you’ll find in many land-based casinos.”

23. A Bellagio Bandit stole $1.5 million worth of casino chips, however, these chips turned out to be worthless, so, he joined an online forum, trying to sell the chips he had just stolen from the biggest casino in Las Vegas. He was soon caught and sentenced to prison for 3 to 11 years. – Source

25. You can’t play Texas Hold’em in Texas. Poker rooms are essentially illegal in Texas, with the exception of one casino on an Indian reservation and this card room that found a loophole.