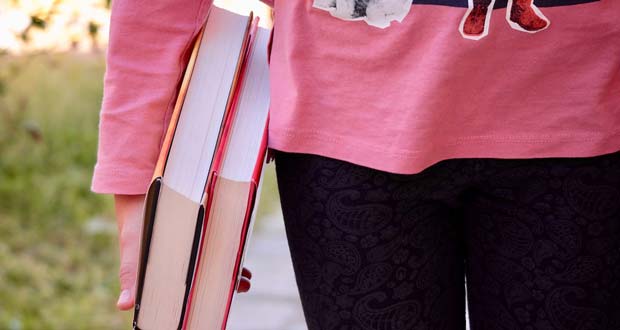 1. The Beastie Boys won a lawsuit against a company for the unauthorized use of their song “Girls” and had the $1 Million settlement donated to a charity supporting education for Girls. – Source

2. Breast Cancer Cure foundation, Susan G. Komen, has been suing other many small charities for using the word “for the cure” in their names or the color pink. – Source

3. When Cristiano Ronaldo was asked to donate his cleats for a charity auction benefitting 10-year old Erik Ortiz Cruz, who had a brain disorder that can cause 30 seizures a day, he instead paid the whole $83K for his surgery. – Source

4. France has become the first country in the world to ban supermarkets from throwing away or destroying unsold food, forcing them instead to donate it to charities and food banks. – Source

5. The Federal Trade Commission says four cancer charities run by extended members of the same family conned donors out of $187 million from 2008 through 2012 and spent almost nothing to help actual cancer patients. – Source

6. Menachem Schneerson was a Russia Empire-born American Orthodox Jewish rabbi and the Lubavitcher Rebbe. Thousands of visitors would line up each Sunday for a brief word of advice or blessing from him. He would give each person a dollar to give to charity, because of his grandfather’s belief that when two people meet, it should benefit a third. – Source

8. J.K. Rowling lost her billionaire status because she donated so much of her money to charity. – Source

9. Jack MacDonald (A 98-year-old secret Philanthropist, war veteran, and lawyer) lived the life of a poor person and saved all his money to donate to charity after his death. He donated 188 million dollars to 3 Washington institutions after his death at age 98. – Source

10. All gambling in Finland is controlled by the government, and all of the profits go to charity. – Source

11. There is an independent service fraternity called the “Independent Order of Odd Fellows” (IOOF for short). The organization is solely aimed towards charity and helping the less fortunate. Notable members include Charlie Chaplin, Ulysses S. Grant, and Franklin Delano Roosevelt. – Source

12. Former President of Uruguay, José Mujica, was considered the poorest president in the world and would donate 90 percent of his $12,000 monthly salaries to charities and would even wait his turn at public hospitals. – Source

13. The US Supreme Court ruled that professional solicitors and charities are not required to disclose their commission structure up front. A Telemarketer could legally take 99% of the charitable donation as a commission. – Source

14. Snoop Dogg has a charity to stop young kids from getting hooked on drugs or getting mixed up with gangs. – Source

15. The Green Bay Packers are a Non-Profit Organization. The team is owned by 112,000 stock holders, who receive no dividends or free tickets. If the team is ever sold all of the revenue goes to the Green Bay Packers Foundation which donates to a variety of charities throughout Wisconsin. – Source

16. Newman’s Own, founded in 1982 by the now late actor Paul Newman, donates 100% of post-tax profits to charity. In total, the food brand has donated over $450 Million to charity, including several children’s organizations. – Source

17. There’s a charity in the UK called The Lucy Faithfull Foundation that aims to treat paedophiles before they offend. – Source

18. Dublin hosts a Women’s Mini Marathon annually as a charity event, and men will dress in drag to join the race. – Source

19. Eminem was an anonymous donor to a Detroit charity, giving 105k in one year. When it was brought to light that he was the anonymous donor, he matched donations up to 100k the next year. – Source

20. The Nazis had a very well developed charity drive for the poor in wintertime and the Stormtroopers would mess up your life if you didn’t contribute. – Source