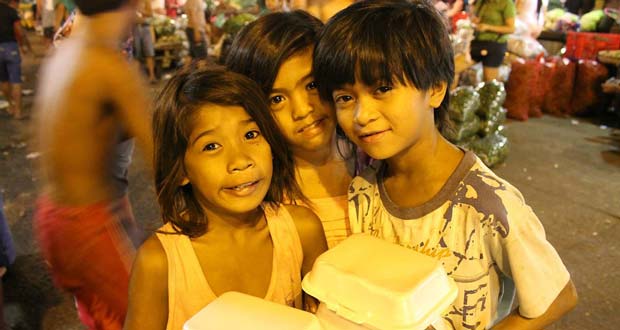 21. The chance to sit in the first booth at Monk’s Cafe and thus be included in a Seinfeld scene was auctioned off for charity throughout the show’s run. – Source

22. In 2010, Warren Buffett, Bill Gates, and Mark Zuckerberg signed a promise called the “Gates-Buffett Giving Pledge”, in which they promise to donate to charity at least half of their wealth, and invite other wealthy people to follow suit. – Source

24. The popular UK charity, Scope, used to be called the ‘Spastics Society’. – Source

25. A dog from Maryland accidentally ran a half marathon and raised $13,000 for charity. – Source

26. In 2004, a group in Melbourne, Victoria organized an event where 30 men would grow a mustache for 30 days in order to raise awareness for prostate cancer and depression in men. The group later formed into the “Movember Foundation Charity” which has since raised $174-million worldwide. – Source

27. In 1986, the United Way released 1.5 million balloons into the Cleveland sky to raise money for charity. The balloons were so thick that Coast Guard helicopters couldn’t reach an overturned boat, resulting in the death of two fishermen. – Source

28. In 2010 George Lucas said “I’m dedicating the majority of my wealth to improving education. It is the key to the survival of the human race.” Two years later, Lucas sold Lucasfilm Ltd. to Disney for $4.05B and donated the proceeds to a charity that focuses on education. – Source

30. There is a charity gaming marathon where gamers complete games as fast as possible. People watching “Awesome Games Done Quick” on a live stream donated over $4.5M in the last 2 year alone. All donation go to charities like Doctors Without Borders and the Prevent Cancer Foundation. – Source

31. Jackie Chan is giving his entire fortune to charity and leaving his son with nothing. – Source

August 12, 2017
Latest Posts
Subscribe to Blog via Email
Did you know?
Loading...
Facts of the Day
Registration is disabled.