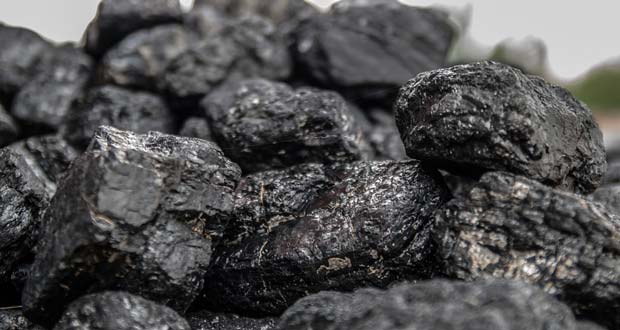 Here are 30 interesting facts about Coal.

1. 10% of those conscripted in the UK in WWII were sent to serve not on the battlefield, but in the coal mines that powered the war machine. Some of these soldiers were not released from service until two years after the war ended. They were not formally recognized for their contribution until 1995. – Source

2. According to NASA, the use of nuclear power prevented an average of over 1.8 million net deaths worldwide between 1971-2009 as a result of lower air pollution from reduced coal usage. – Source

3. The Titanic’s coal stores had been burning for weeks before she set sail, damaging the starboard side of the ship where the iceberg hit. There was not only a cover-up but evidence that the fire damaged the hull enough to be a large contributing factor to why the iceberg caused such damage. – Source

5. Tinnunculite is a naturally occurring material that only forms when Falcon’s poop directly into burning coal mines as they fly. – Source

6. When a coal mine catches fire, it burns for decades or even centuries. There are thousands of these fires across the world at any given moment. – Source

7. Illegal coal mining activities in Mongolia and the intense use of coal burned on simple stoves has turned a region of Mongolia once famed for its blue skies into one of the world’s most polluted. – Source

8. After phasing out coal power plants, Toronto has been smog free for the first time in over a decade. – Source

9. There was a time millions of years ago when trees would die but not decompose. Forests would become massive areas of dead wood. These would catch fire and created staggeringly large fires. Much of the coal we consume today formed as a result of this period. – Source

11. A Soviet coal miner named Alexey Stakhanov reportedly mined 227 tons of coal in a single shift and was campaigned as the greatest laborer of all time. – Source

13. Ontario has eliminated Coal as a source of energy. – Source

14. There’s a town in Pennsylvania which has a coal mine burning underneath it for around last 50 years. Everybody moved out except 9 people, and the fire is expected to go on another 250 years. – Source

15. There is a 1200 acre lake that is super heated by a coal burning power plant, even in zero degree temperatures the water never dips below 50 degrees. – Source

17. When coal became too expensive during WWII, the Swiss decided to just convert their steam locomotives to electric by installing huge heating elements that ran off existing overhead lines. They ended up using hydropower to replace the coal. – Source

18. After a mine explosion killed 29 coal miners in 2010, a study found that 6 out of 7 tested victims had black lung, including one who had worked in the mines less than five years. – Source

19. The father of Solar Energy, Giacomo Luigi Ciamician, was nominated 9 times for the Nobel Prize in Chemistry but never won. He knew coal was limited and stated: ” life and civilization will continue as long as the sun shines!” – Source

20.  The Confederate States of America created explosives disguised as pieces of coal. Saboteurs mixed the “coal torpedoes” with regular coal and when workers shoveled them into the steam engines they detonated, damaging or destroying the ship. – Source

September 4, 2017
Latest Posts
Subscribe to Blog via Email
Did you know?
Loading...
Facts of the Day
Registration is disabled.