So we got asked this question by one of our readers.

For the sake of argument assume that you travelled back 65 million years.

Now, could a modern day human survive in Earth’s environment that existed 65 million years ago? Would the air be breathable? How about temperature? Water drinkable? How about food? Plants/meat edible? I presume diseases would be an non issue since most of us have evolved our immune system based off past infections. However, how about parasites? 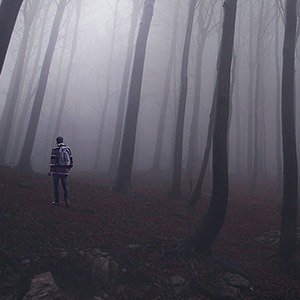 It would depend upon where and in what season you wound up. Paintings and documentaries to the contrary, there would have been times when the landscape wasn’t crawling with every species of dinosaur and other animal that inhabited that region: some may have migrated in for a time, and many would have been clumped together in herds or packs or flocks rather than randomly distributed over the landscape. 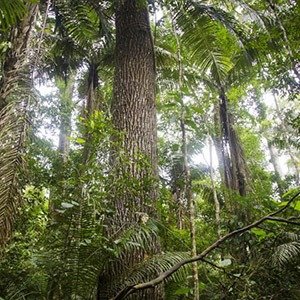 If you wound up in Late Cretaceous Montana, the vegetation would be something like a mix of the forests of southern Japan and of northern Australia, in a setting something like the bayous of the Gulf Coast. Until you saw something distinctly un-modern (like a pterosaur or dinosaur) you might not know you are in another time, but might think instead you were transported to some other corner of the world today. Oh, you would see turtles: lots and lots and lots of turtles. 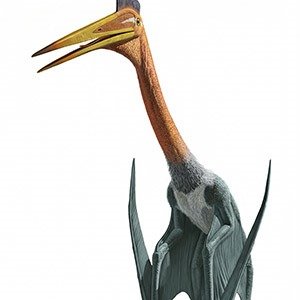 But when you begin to notice a giant Quetzalcoatlus over head, or the herds of ceratopsians and hadrosaurids, and so forth, finding some sort of cover would be good. Depending on your nature skills, you could probably do well for a while (as well as an individual alone might get along in the most isolated parts of the Amazon rainforest or the Serengeti). Raiding nests might be a safe way of getting protein (so long as the parents aren’t nearby: since all living archosaur groups have some parental nest monitoring, we expect pterosaurs and extinct dinosaurs did the same), as well as snaring/spearing small animals, fishing (watch out for crocodiles…), and raiding kills. By the Late Cretaceous there would have been fruit, but you’d have to experiment carefully to find ones that were good for humans. 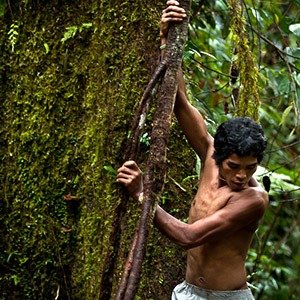 I would say that making your home in the trees would be the best bet. The giant pterosaurs of the time would be too big to do much perching on trees, and those dinosaurs that could get up into the trees would generally be small enough that you could fight them off. I think it would be unlikely that tyrannosaurs would try to eat too many tree-dwelling animals when there was ground-based food to go after. There would have been climbing mammals, but these too would hopefully not be too much problem.

Oh, but don’t let the mammals jab you with their hind limbs! It appears that spurs, possibly poisonous, were common to many Mesozoic mammal groups, and that their presence in male platypus today is simply their last remnant.

The CO2 concetration was higher, oxygen too. Not high enough to be deadly. A human would survive all the gases and what not in the atmosphere. Also a human would most likely be able to digest most things, not leaves or grass or maybe even all fruit, but enough to stay alive. The gut flora would change in the passing, depending on what you eat. 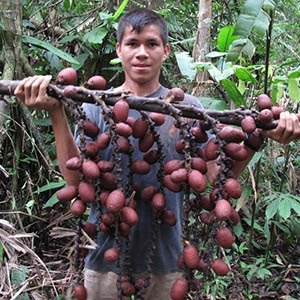 So how do you put the odds of succeeding at finding fruits without dying as a consequence of poisoning?

I will say, some survival experts have different guidelines they use, but for the most part they follow this pretty standard process.

There are many plants throughout the world. Tasting or swallowing even a small portion of some can cause severe discomfort, extreme internal disorders, and even death. Therefore, if you have the slightest doubt about a plant’s edibility, apply the Universal Edibility Test (below) before eating any portion of it.

Test all parts of the plant for edibility, as some plants have both edible and inedible parts. Do not assume that a part that proved edible when cooked is also edible when raw. Test the part raw to ensure edibility before eating raw. The same part or plant may produce varying reactions in different individuals. 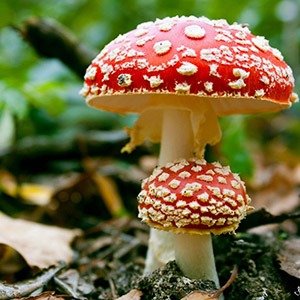 Also, do not eat mushrooms in a survival situation! The only way to tell if a mushroom is edible is by positive identification. There is no room for experimentation. Symptoms of the most dangerous mushrooms affecting the central nervous system may show up after several days have passed when it is too late to reverse their effects.

So what about diseases that you have no immunity against?

In general, our immune system is very good at fighting off random bacteria, viruses, and parasites that it has never encountered before. What it usually has trouble with are diseases that have specifically evolved to evade the immune systems of humans or similar animals. I’d expect a person in the Cretaceous to be at substantially lower risk of disease than someone living today (though I’m sure there would still be some diseases around that could make the jump to people).

Many of our diseases come from other mammals and mutated to affect us, or have just been around preying on us for a very long time. Back then, none of those would exist and most active bacteria and such would likely not be able to interact with us very malignantly. It would still be very possible though, just less likely.