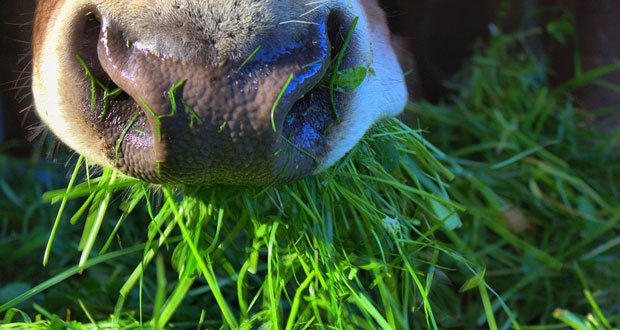 2. A cow named Cincinnati Freedom evaded police officers for 11 days after jumping a six-foot fence to escape a slaughterhouse; after finally being caught, and she was given the “key to the city” by Cincinnati’s mayor and allowed to live out her days in an NY sanctuary. – Source

3. In Finland, some children read to cows because they actually like listening and are extremely attentive. – Source

5.  The Kenyan Masai tribe donated 14 cows to the U.S. following the 9/11 attacks. The cattle regarded as sacred were the highest expression of regard and sympathy. – Source 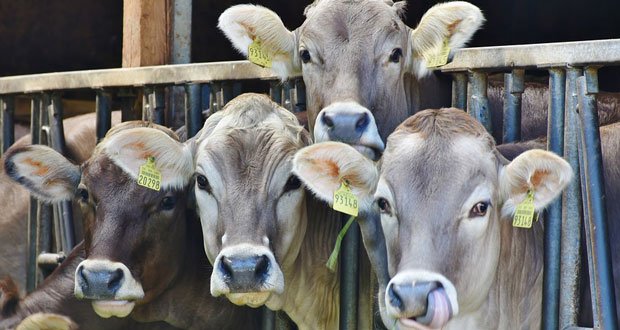 6. There is a system where cows can choose when they are milked. The whole process is automated, customized for each cow, and has seen cows living 30% longer than those at farms that use traditional methods. – Source

7. 5 scientists observed 60,000 episodes combined of 73 cows lying down to determine that: (1) the longer the cow has been lying down, the more likely the cow will soon stand up, and (2) once the cow stands up you cannot easily predict how soon that cow will lie down again. – Source

8. Modern cattle are all descended from about 81 cows, captured and domesticated in the Anatolia region of Turkey (Asia Minor) about 11,000 years ago. – Source

9. A man in Nebraska is breeding red cows and sending them to Israel in hopes of a pure red heifer being born there; such an event will allegedly prompt Jews to build a Third Temple, which fundamentalist Christians believe will usher in Jesus’ Second Coming. – Source 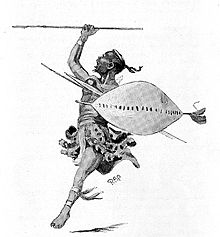 11. When Shaka Zulu’s mother died in 1827, over 7,000 people were executed for being “insufficiently grief-stricken”. Cows were also slaughtered so that young calves would “know what it feels like to lose a mother.” – Source

12. Cows are fed magnets that stay in their stomach for life to collect metal objects like nails or barbed wire that the cow will occasionally eat, thus preventing the objects from getting stuck in their intestines and causing “hardware disease”. – Source

13. Farmers in Botswana have started painting eyes on their cow’s bottoms to stop lions from attacking them. – Source

14. In 1942, Operation Vegetarian was a plan by the British military to drop linseed cakes infected with anthrax on German fields where they would be eaten by cows and thus infect the civilian population that ate them, the test site in Scotland remained uninhabitable until the 1990’s. – Source

15. The gas cells of early zeppelins were made from cow intestines. It took two hundred and fifty thousand cows to make one airship. During WWI, Germany and its allies ceased production of sausages so that there would be enough cow guts to make zeppelins. – Source 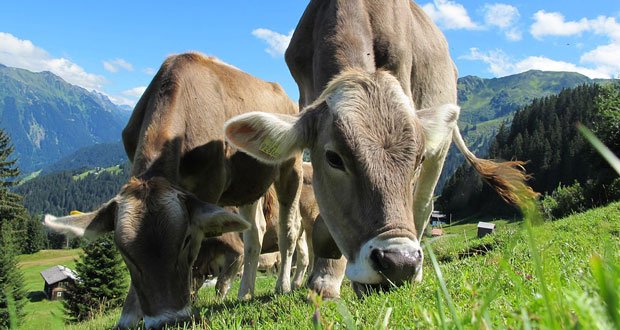 16. Cows can have best friends and are significantly less stressed out when they get to hang out with them. – Source

17. A cow can be tricked into nursing a calf not her own by skinning her dead baby and putting the skin on another calf. The practice is called “grafting”. – Source

18. Missy is the most expensive cow ever sold. Worth $1,2 million, she is considered to be the top milk cow, being at the top in both beauty and milk production. Her embryos alone are worth $3 million dollars in pre-signed contracts. – Source

19. Cows were used for radiation testing of early cell phones. Farmers were paid to have high-powered phones strapped to their cows head 24/7. A single engineer worked full time to chase the cows and change the batteries. – Source

20. Rolls-Royce only uses bull hides for upholstery since female cows are prone to stretch marks during pregnancy. – Source 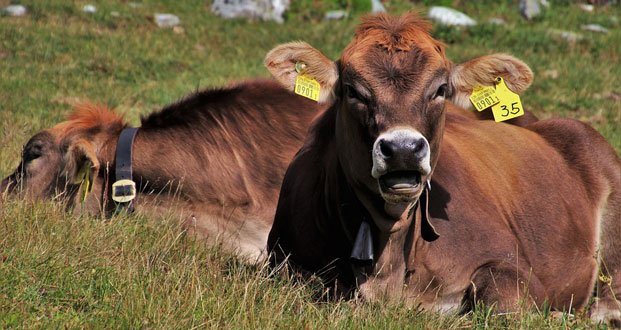 21. Cows have different “moo” accents depending on what region in the world they live in. – Source

22. No cow in Canada can be given artificial hormones to increase its milk production. So no dairy product in Canada contains those hormones. – Source

23. A Canada couple engaged in a neighbor feud dumped massive piles of fresh cow manure along their property line. A judge found them guilty of using the poop as a tool of harassment and fined them $15,000. – Source

25. The Sanskrit word for war literally means “a desire for more cows”. – Source 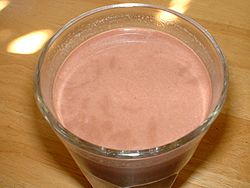 26. According to a poll by the “Innovation Center for U.S. Dairy”, 7% of American adults think chocolate milk comes from brown cows. – Source

27. Fidel Castro had a strange dairy obsession and would craft elaborate schemes such as a “race of super cows” and tiny cows to keep as house pets. He even bred a cow that produced over 100 liters of milk in a day. – Source