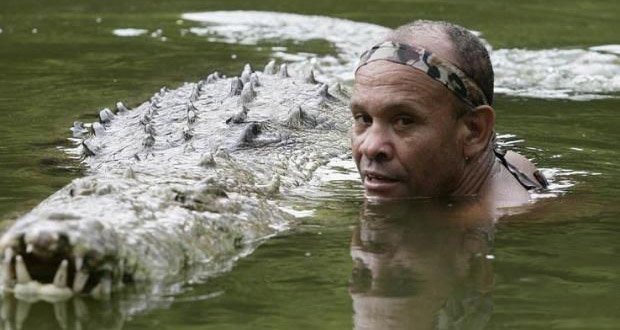 1. A local fisherman in Costa Rica nursed a crocodile back to health after it had been shot in the head, and released the reptile back to its home. The next day, the man discovered “Pocho” had followed him home and was sleeping on the man’s porch. For 20 years Pocho became part of the man’s family. – Source

2. 20 ft. long crocodiles used to have long legs, allowing them to emerge from water gallop at other animals at full speed. – Source

3. An escaped crocodile on a plane caused a stampede that caused it to crash, killing 20. The crocodile survived the crash. – Source

4. In 1945, 900 Japanese soldiers were forced to retreat through 10 miles of mangrove swamp, during which hundreds were to be eaten by the thousands of saltwater crocodiles lying wait, in what is listed in the Guinness Book of World Records as the “Worst crocodile disaster in the world”. – Source

5. Crocodile’s spine is used as a chew toy by baby hippos. –
Source 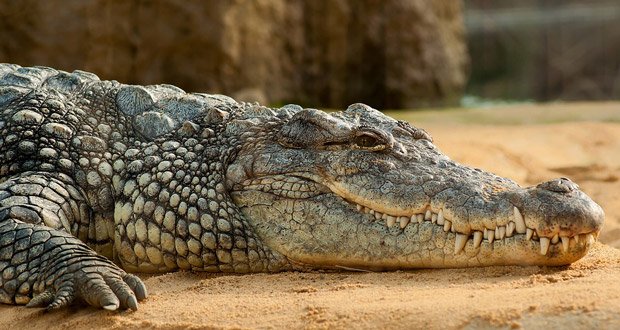 6. Scales on the heads of crocodiles are not really scales, rather they are cracks in the skin. – Source

8. The infamous crocodile jump by James Bond in Live and Let Die was performed with real crocodiles. The only person willing to attempt the stunt was the owner of the crocodile farm. Writers named the film’s villain after the owner Kanaga. – Source

9. Crocodiles are more closely related to birds than they are to any other existing reptile species. – Source

10. India is the home to the only known vegetarian crocodile in the world. – Source 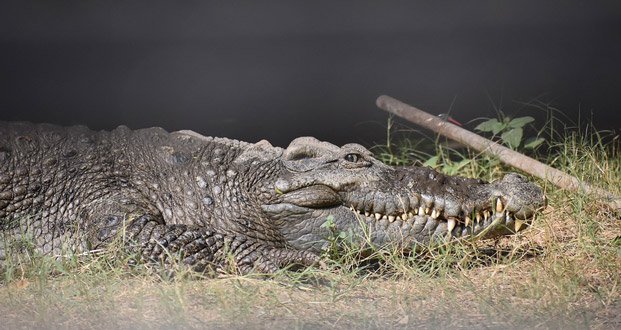 11. Crocodiles have no finite lifespan, but continue to live forever unless affected by their environment. – Source

12. The phrase ‘crocodile tears’ refers to a medieval belief that crocodiles shed tears of sadness when killing and consuming their prey. – Source

13. Paleontologists found fossils of “Machimosaurus rex,” a prehistoric crocodile that would have been the size of a bus, 30 ft. long and weighing 3 tons; the skull discovered is over 5 ft. long, the world’s largest sea-dwelling crocodile. – Source

14. In 2005, a crocodile named “Osama” was finally captured in Lake Victoria, Africa, only after it had consumed 83 people over two decades or 10% of the local village. “Osama” was 20 feet in length and took 50 men to capture the one-ton beast. – Source

16. There is a crocodile in Africa named Gustave that has killed over 300 people. – Source

17. The sex of a crocodile is not determined genetically. Instead, it is determined by the temperature of its environment. – Source

18. The Ancient Egyptians had a city called Crocodilopolis. It contained a sacred lake where crocodiles were worshipped, fed and adorned with jewelry.. – Source

19. There used to be a tiny, armor-plated, herbivorous crocodile. – Source

20. Although the saltwater crocodile has the highest recorded bite force in any animal, the muscles used to open its mouth are very weak, its mouth can be securely shut with a couple layers of duct tape. – Source

21. Just around 4000 years ago, there was a crocodile species that is thought to have been completely terrestrial, and to have had a diet that consisted largely of mollusks. – Source

23. Ancient Egyptians mummified crocodiles that were believed to have the spirit of the god Sobek in them. – Source

24. Crocodiles play by splashing water and giving each other piggyback rides. – Source 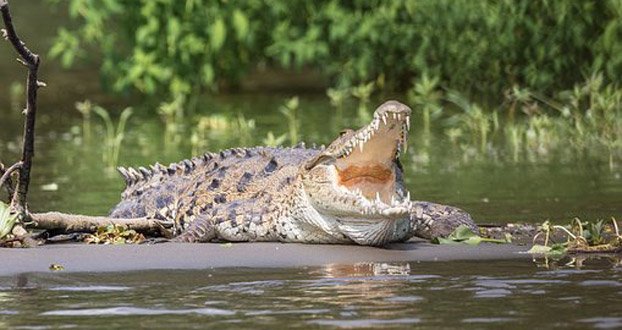 26. Crocodiles don’t sweat. To keep cool, they open their mouths in a process that is called “mouth gaping,” which is a lot like panting. – Source

27. The Ancient Egyptians used crocodile dung as a form of contraception – Source

29. To escape the grip of a crocodile’s jaws, push your thumbs into its eyeballs. It will let you go instantly. – Source

30. Crocodiles have the genetics to grow feathers. – Source

AskReaders: You're at a party and find yourself stuck in a conversation with someone you don't especially want to talk to about something you'd really rather not be talking about. What's your best quick escape line or move?