Here are 25 Interesting Facts About Deserts. 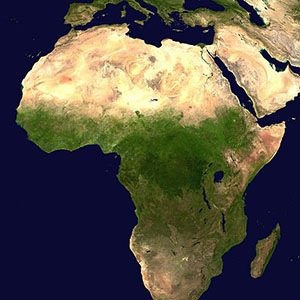 2. Sahara is only currently in a dry period and is expected to be green again in 15,000 years. – Source

3. There was a solitary tree in the Sahara Desert of Niger called the Tree of Ténéré that kept itself alive by a 110 feet deep root system. It was the only tree for roughly 250 miles in any direction. In 1973, a drunk Libyan truck driver managed to ram his truck into it and uprooting it. – Source

4. A phone booth was placed in the Mojave Desert of California in the 60s for no apparent reason at all. It was a good 15 miles from the nearest paved roads and buildings. – Source

5. A 30 mile giant eye in the Sahara Desert once served as a geographical landmark for astronauts. – Source 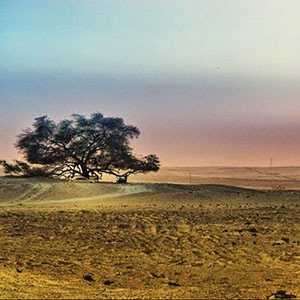 6. There is a tree called the Tree of Life in Bahrain, living in the desert with no other vegetation in the surrounding area. – Source

7. China has planted the biggest artificial forest in the world to stop the spread of the Gobi desert, and plans to expand it to 2,800 miles by 2074 – Source

8. Sahara is large enough to cover almost all of the United States. – Source

9. A boy named Hadara was lost by his parents in the Sahara desert at the age of two, and was apprehended, and raised by ostriches for a period of ten years. – Source

10. There is a Stonehenge type megalithic stone, calendar structure in the Sahara Desert, built around 6000 years ago – Source 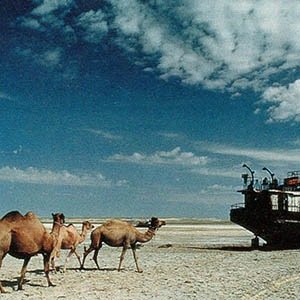 11. The disappearing of the Aral Sea has left behind a desert filled with ship graveyard. In just 50 years, it went from world’s fourth-largest saline body of water to a desert. – Source

12. After getting lost in the Sahara desert, a man tried to kill himself by slitting his wrists, he was so dehydrated that his blood clotted the wounds. Nine days later he was rescued 186 miles (299km) away and had lost 40lbs (18kg), living off his urine, bats and snakes. – Source

13. The Great Sphinx of Giza is not located in a remote region of the Egyptian desert. Rather, it stares directly at a Pizza Hut and KFC located in what has become a suburb of Cairo. – Source

14. In the 1990s, scientists tried to create an artificial biosphere in the Sonora Desert of Arizona, which ended up as a massive failure crawling with crazy ants. – Source

15. The largest desert in the world is Antarctica, because a desert doesn’t need to be hot, but only lose moisture more than it gains – Source 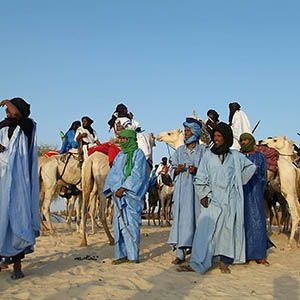 16. There’s a society of 1.2 million where men wear veils and women do not; where most women are literate while most men are illiterate; and where livestock is owned by the women. They’re Muslim and live in the middle of the Sahara Desert. – Source

17. The South American Atacama Desert gets an average rainfall of 1 millimeter (.04 inches) per year and had not had any significant rainfall in over 400 years, until July 2011, when it received a whopping 80 centimeters (31.5 inches). – Source

18. Camels don’t store water in their humps. They store fat, and tapping those reserves actually causes a net loss of hydration. They can survive for so long in the desert because of their ovular blood cells, relatively dry urine and feces, and nostrils that recycle water vapor. – Source

19. In 1958, a Cessna was flown continually for over two months, refueled via truck matching its speed on a desert highway – Source

20. Sand dunes are actually said to “sing” audibly in 30 deserts around the world, producing haunting and baffling sounds. It was first recorded by Marco Polo when he crossed the Gobi Desert. Each song lasts up to several minutes. – Source 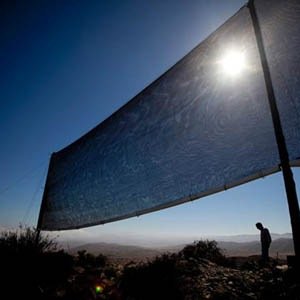 21. Those residing in the Atacama Desert use Fog catching nets to provide up to 2,600 gal/day of fresh water. – Source

22. A man attempted to fly 300 miles into the Mojave Desert by strapping a bunch of weather balloons to a lawn chair. At 16,000 feet, he was spotted by two pilots, who alerted air traffic controllers about “what appeared to be an unprotected man floating through the sky in a chair.” – Source

23. The world’s largest film studio is located in Morocco, consisting mostly of deserts and mountains and was used for the latest Game of Thrones episode, The Mummy, Gladiator, etc. It has also become a popular tourist resort due to the remaining sets of old movie productions. – Source

24. Rain does fall occasionally in deserts, and desert storms are often violent. A record 44 millimeters of rain once fell within 3 hours in the Sahara. Large Saharan storms may deliver up to 1 millimeter per minute. Normally dry stream channels, called arroyos or wadis, can quickly fill after heavy rains, and flash floods make these channels dangerous. More people drown in deserts than die of thirst. – Source

25. Scientists have recently found an ancient mega lake under the Sahara Desert – Source