Here are 50 Facts About Cruel Dictators. We haven’t included Adolf Hitler in the list because we have an entire list dedicated to him separately. 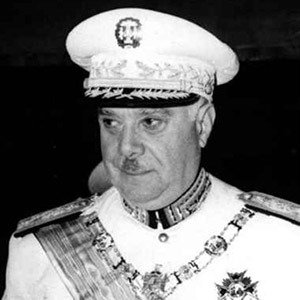 2. Zimbabwean dictator Robert Mugabe tried to stop a critic of Zimbabwe’s hyperinflation by levying ridiculous taxes on his newspaper. The writer retaliated with advertisements printed on trillion-dollar-bills, which was cheaper than actual paper. – Source

3. Peter Tatchell, a British gay rights activist, attempted a citizen’s arrest on Zimbabwean dictator Robert Mugabe in 1999. Tatchell walked up to Mugabe’s motorcade, grabbed the stunned dictator by the arm, and stated calmly, “President Mugabe, you are under arrest for torture.” – Source

4. Soviet dictator Joseph Stalin, though depicted “as physically massive and majestic,” was actually only 5 feet 4 inches (1.63 m). He was shorter than Napoleon and President Truman referred to him as “a little squirt” after first meeting him. – Source

5. In 2003, Teodoro Obiang Nguema Mbasogo, the dictator of Equatorial Guinea took personal control of the national treasury, handing more than $500,000,000 to family members, ostensibly to prevent corruption by civil servants. He has also been declared a god, who “can decide to kill without anyone calling him to account.” – Source 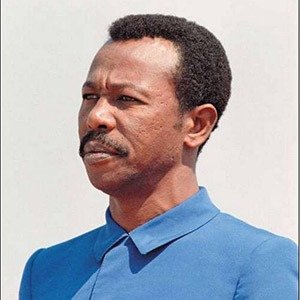 6. Mengistu Haile Mariam, the brutal communist dictator of Ethiopia, who executed thousands of people and may have personally murdered Emperor Haile Selassie is alive and well under asylum in Zimbabwe – Source

7. In 1980, Iraqi dictator Saddam Hussein received the key to Detroit for making large donations to a Detroit church. – Source

8. In 2003, the US troops found approximately $650 Million USD inside the walls of Saddam Hussein’s palace. – Source

9. According to the US soldiers who guarded him, one of the few times Saddam Hussein ever looked defeated in prison was when they brought him the wrong cereal, which was Fruit Loops. He hated Fruit Loops. – Source

10. Saddam Hussein used Whitney Houston’s “I Will Always Love You” as his campaign song in the 2002 election. – Source 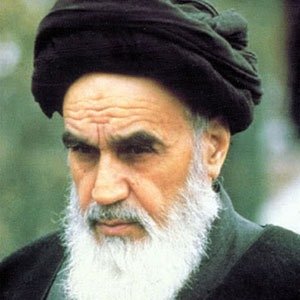 11. As a young boy, Iranian dictator Ayatollah Khomeini was the leapfrog champion of his village and the surrounding area. – Source

12. Uday Hussein, Saddam’s son, murdered his father’s personal valet and food taster with an electric carving knife in front of dinner guests at Suzanne Mubarak’s birthday party for introducing his father to his second wife. – Source

14. Dictator of Uganda, Idi Amin’s official title was “His Excellency, President for Life, Field Marshal Al Hadji Doctor Idi Amin Dada, VC, DSO, MC, Lord of All the Beasts of the Earth and Fishes of the Seas and Conqueror of the British Empire in Africa in General and Uganda in Particular.” – Source

15. Idi Amin once sent Tanzanian president Julius Nyerere a telegram saying, “I want to assure you that I love you very much. If you had been a woman I would have considered marrying you, although your head is full of gray hairs. As you are a man that possibility does not arise.” – Source 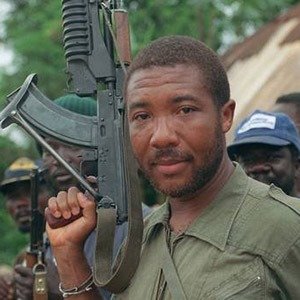 16. Before arriving in Liberia to wage a civil war, dictator and war criminal Charles Taylor broke out of jail in Massachusetts by sawing through a bar, rappelling with knotted sheets and fleeing into the woods after which he ultimately found his way to Liberia. – Source

17. Dictator Charles Taylor, campaigned for president of Liberia on the slogan “He killed my ma. He killed my pa. I’ll vote for him.” He won the election and went on to become one of the worst war criminals in modern African history. – Source

18. George Clooney, as the spokesman for Nespresso, spends most of the money he makes from the deal on keeping a spy satellite operating. The satellite is over the North and South Sudan border, monitoring dictator Omar al-Bashir and his army. – Source

19. Media mogul Pat Robertson used his charity work as a front to mine for diamonds in Zaire and gold in Liberia, allying himself with dictators Mobutu Sese Seko and Charles Taylor (two dictators, embezzlers, and butchers). – Source

20. Dictator Maximiliano Hernández Martínez seized power of El Salvador in 1931 and by force of death squad killed an estimated 10,000-40,000 people who opposed him. He did manage to eradicate crime and paid all the foreign debt. – Source 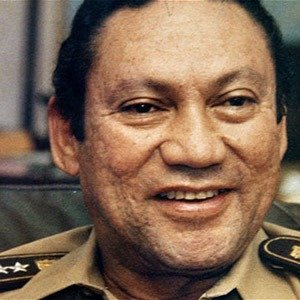 21. In 1989, United States launched a military operation to depose the Panamanian dictator Manuel Noriega. When he took refuge in the Vatican embassy, US military blasted deafeningly loud rock-and-roll music continuously for 10 days to force him out. – Source

22. In October 1988, a 10-year-old Michigan girl named Sarah York traveled to Panama to meet with her Panamanian penpal, the infamous military leader Manuel Noriega. Her parents were criticized for allowing her to visit Panama, and for encouraging her friendship with Noriega – Source

23. The U.S. dropped drug trafficking charges against Manuel Noriega after a 50 lb. stash of ‘cocaine’ found in his freezer was revealed to be a 50 lb. stash of tamales. Noriega used the tamales for ‘magic binding’ rituals against his opponents and people he wanted to control. – Source

24. In 1973, US-backed dictator Augusto Pinochet overthrew the democratically elected leader of Chile, Salvadore Allende. Pinochet ordered an air strike on the Presidential Palace. Labor activists and famous folk guitarists were rounded up for torture. All of them either disappeared or were killed. – Source

25. When he was a child, Fidel Castro sent Franklin Roosevelt a letter expressing his joy at Roosevelt’s re-election and asked if he could send him a 10 dollar bill, because he had never seen one. – Source 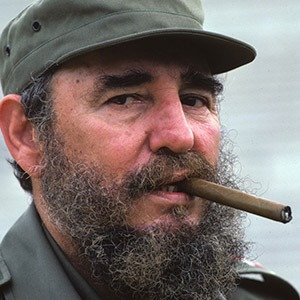 26. Fidel Castro recommended to the Kremlin a harder line against Washington, even suggesting the possibility of nuclear strikes. The pressure stopped after Soviet officials gave Castro a briefing on the ecological impact on Cuba of nuclear strikes on the United States. – Source

27. Marita Lorenz, ex-lover of Fidel Castro had agreed to aid the CIA and attempted to smuggle a jar of cold cream containing poison pills into Fidel Castro’s room. When Castro learned about her intentions, he reportedly gave her a gun and told her to kill him but her nerve failed. – Source

28. In 2012, a 14-year old North Korean girl drowned while trying to save portraits of dictator Kim Il-Sung and Kim Jong-Il. The government renamed her school after her. – Source

29. Kim Il Sung, founder and dictator of North Korea, had a baseball-sized growth on his neck. It was benign but could not be removed due to its location. Official photos of the “Eternal President” were therefore taken from a leftward angle to hide the growth. – Source

30. Doctors induced labor to make sure the Kim Jong Un’s child was born in 2012, which marked the 100th anniversary of North Korean founder Kim Il-sung. – Source