One of our readers asked us this question. Does Quantum Mechanics really say there’s a universe where Elvis didn’t die? This has bothered me for a long time. I thought that whole interpretation was about different states of atoms, not macroscopic events but I see people say a variation of that variation all the time.

I’ll try to give you a fair introduction to the Copenhagen interpretation and Many Worlds. 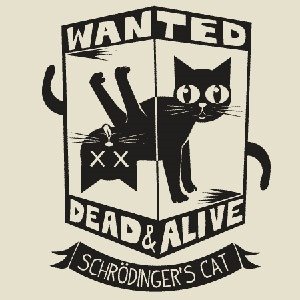 Anyway, it’s not meant to seriously argue that the cat is in a superposition – that’s nuts. Schrodinger’s cat is meant to criticize the notion of the Copenhagen interpretation (which allows a quantum system to be in multiple states, which are collapsed into definite states by observation). 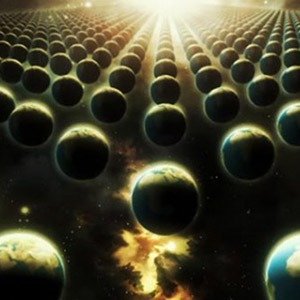 So if you don’t like Copenhagen, what’s the alternative? Well, the first one that comes to mind is Many Worlds. The Many Worlds Interpretation argues that every time an observation would occur, rather than collapsing the state (like in Copenhagen) multiple new universes are spawned, one for each state available. If your particle is in a mixture of states A, B, and C, and if your measurement observes B then you are now in the universe where B happened, and there are two others where A and C happened.

Caveat: “Observer” and “observation” don’t have anything to do with consciousness, and the people who claim that are making sh*t up. An ‘observation’ is better described as an ‘interaction’ in quantum mechanics, like bouncing a photon off of an electron. The photon is the ‘observer’ – it’s not magic, it’s just a weird naming convention that stuck. 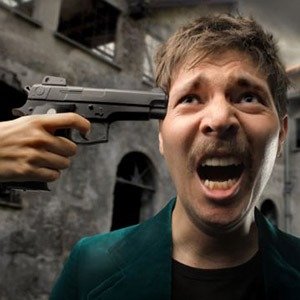 ‘Quantum immortality’ implies that for every quantum mechanical event like this a universe is spun off, so in the case of Schrodinger’s cat it would imply that there will always exist a universe where the cat doesn’t die (if you repeat the experiment many times), even if the probability of survival in the Copenhagen interpretation approaches zero.

So just replace “Schrodinger’s cat” with “Elvis” and it should be clear where people get the idea that “Quantum mechanics says there’s a universe where Elvis is alive!.” In fact, it’s crazier than that – MWI could imply that there arecountless universes where Elvis is still alive, among tons of other alternate histories. Just imagine every little event that ever conspired to kill Elvis happening exactly in the opposite way (at some kind of atomic level?) and perhaps you could justify the argument that Many Worlds would allow him to still be alive. 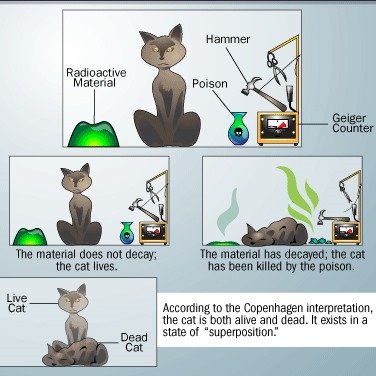 That said, I don’t think there’s a problem with the Copenhagen interpretation in the Schrodinger’s cat problem. Clearly the detector in the box is the thing making the observation, and it’s collapsing the radioactive particle’s state. The cat is never in a superposition. Many-Worlds is just chocked full of problems like… how the f**k do you confirm it empirically? But I’ll spare you a rant about why I dislike MWI.

In general, people use MWI as the basis of a lot of made up stuff, like “Every possible universe exists!” without qualifying the word ‘possible.’ Even if there are an infinite number of universes spawned by MWI, that doesn’t mean literally anything you make up has it’s own universe. I once heard the example “There are an infinite amount of numbers between 0 and 1, but 2 is not one of them.” Kinda like that.

Anyway, quantum immortality is just meant as a thought experiment. No physicists are doing serious calculations about alternate reality Elvisses (Elvi? Elvodes?), or experimeting on cats in boxes for that matter. Personally, I find quantum immortality absurd and I think it illustrates exactly what’s so bad about MWI in the same way that Schrodinger’s cat was meant to illustrate what’s wrong with Copenhagen, but that’s just my interpretation.

In fairness, MWI is second in popularity only to Copenhagen, but I think MWI is far more speculative and fails Occam’s razor (don’t make unnecessary assumptions!), and if MWI is speculative, you can be sure that quantum immortality is a double dose.

If you followed none of that, then here’s a take-away. As a general rule if someone says something that sounds like utter magic about something other than a subatomic particle and then tries to justify it with ‘because quantum mechanics’ they are usually just talking out of their ass.

How to Avoid a Bear Attack (Infographic)