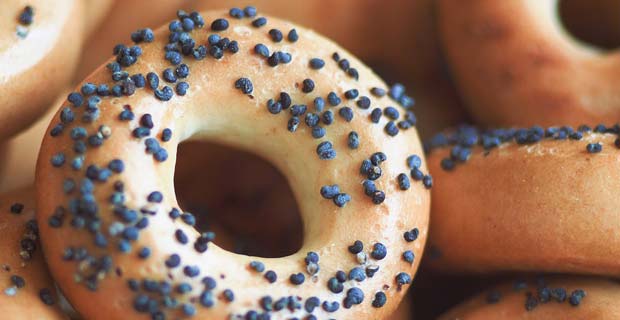 2. Voodoo Doughnut, a doughnut shop in Portland, used to sell doughnuts glazed in NyQuill and others packed with Tums and Pepto until local health officials ordered them to stop. – Source

3. The original doughnuts from Dunkin’ Donuts had a handle. – Source

4. The doughnuts get their name from Hanson Gregory, who “put hazelnuts or walnuts in the center, where the dough might not cook through.” – Source

5. National Doughnut Day was not created by doughnut manufacturers but instead by the Salvation Army in 1938 to honor the “Doughnut Dollies”, women volunteers who served doughnuts to soldiers in France during WWI. – Source 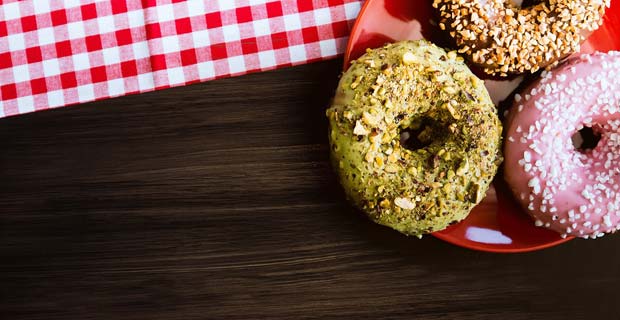 6. In Northern Ireland, ring doughnuts are known as ‘gravy rings’ due to the word ‘gravy’ being an archaic term for cooking oil. – Source

7. The alternative spelling “donut” was invented when the New York–based Display Doughnut Machine Corporation abbreviated the word to make it more pronounceable by the foreigners they hoped would buy their automated doughnut making equipment. – Source

8. Krispy Kreme is teaming up with Cheerwine to make a doughnut flavored soda. – Source

9. The name for a doughnut shape is a toroid. – Source

10. The doughnut industry in California is controlled primarily by Cambodian immigrants. – Source

11. The Spudnut is a potato doughnut which is typically sweet and is made with mashed potatoes instead of flour. – Source

12. Researchers have noted that the size of the hole in a doughnut correlates with the quality of the economy. Specifically, the worse the economy, the bigger the doughnut hole. – Source

13. Jelly-filled doughnuts, sufganiyot have been embraced by Jews as the ceremonial food of Hanukkah. Their rationale is that sufganiyot are cooked in hot oil and thus pay homage to the second century B.C. rededication of the Holy Temple, during which the oil in the temple lamp lasted eight nights instead of the expected one. – Source

14. Doughnuts can be up to 25% fat because they absorb so much of the fat they are fried in. – Source

15. The world’s most expensive Doughnut sells for $100 a piece. The ingredients include golden flakes, edible diamonds, and aged chocolate balsamic vinegar. – Source

17. Tim Horton’s restaurant invented the Apple Fritter and Dutchie variety of donuts in the 1960’s. – Source

19. There is a donut shop in Michigan run entirely by cops. – Source