1. Eminem watched his daughter, Hailie, get crowned homecoming queen from an empty classroom in the school because he didn’t want to take the attention away from her. – Source

2. Eminem’s song “Lose Yourself” was the first rap song to win an Oscar for Best Original Song, but Eminem did not even watch the awards because he did not think he stood a chance at winning. Instead, he fell asleep watching cartoons with his daughter. – Source

3. When Eminem wanted to get clean he called Elton John who then helped him for 18 months to kick his addiction to Vicodin, Ambien, and other prescription drugs. – Source

4. When Eminem was sued in 2003 by the bully, DeAngelo Bailey for slandering him in the song “Brain Damage”, the judge threw out the case and provided the ruling by rapping it. – Source

5. Eminem set the Guinness World Record with “Rap God” for most words in a hit single. The song has a record-breaking 1560 words in 6 minutes 4 seconds and averaging 4.28 words per second. One section of the song features 97 words in 15 seconds at 6.5 words per second. – Source

6. Eminem created Slim Shady when D12 (short for the dirty dozen) was formed. It included 6 rappers and their 6 alter egos. – Source

7. The Game considers Eminem to be the most lyrically insane hip-hop artist alive and when asked what he would do if Eminem started an industry beef with him he simply said, “run.” – Source

8. Eminem was so severely bullied in public school that his mother sued the local school board for failing to sufficiently protect her child. – Source

9. Eminem was admired by Michael Jackson as an artist. But soon Michael Jackson was disappointed when the rapper made fun of him in “Just Lose It” and said that “I’ve never attacked a fellow artist. Great artists don’t do that”. – Source

10. Eminem tried killing himself in 1997 after he was fired from his job and couldn’t afford a gift for his daughter. – Source 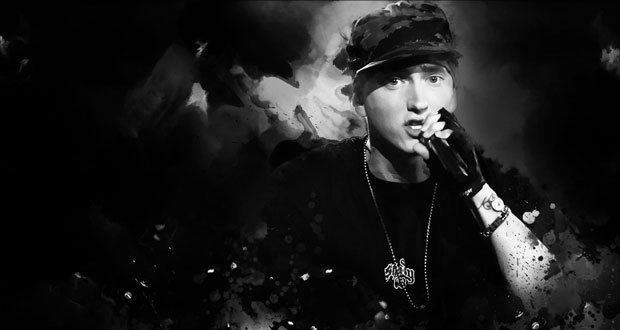 11. Eminem has caused several rappers to rewrite their verses on their own tracks in fear of Eminem stealing the show on their songs. – Source

12. Eminem’s best friend proof battle rapped 30 people back to back and won every battle, he also is the one who taught Eminem how to freestyle. – Source

13. Ed Sheeran cites Eminem as one of his biggest musical influences. – Source

15. Eminem was offered the lead role in the 2013 sci-fi movie, Elysium. He was interested but he turned it down due to one major condition not being met: Elysium would have to be shot in his hometown, Detroit. – Source

16. When Eminem heard “Ice Ice Baby” for the first time, he felt like he didn’t want to rap anymore. – Source

20. Eminem wrote a song where he rhymed 4 different phrases with the term orange juice. – Source 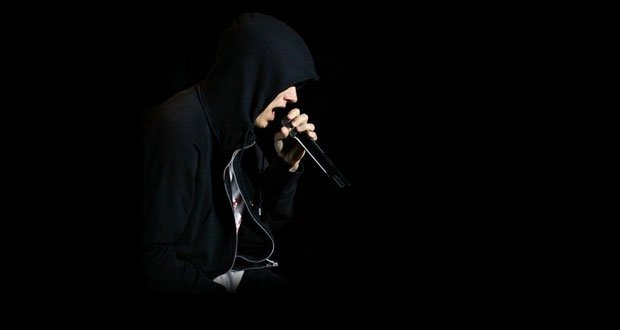 21. There is a widespread conspiracy theory that Eminem died in 2006 and was replaced by a lookalike. – Source

22. Eminem was asked by Kim Mathers to not perform the infamous song “Kim” at a concert she was attending. He proceeded to come out on stage with a blonde blow up doll and choke it to death, she went home and slit her wrists. – Source

23. In late 90s Will Smith told Eminem, “You’ll either be the biggest flop, or the biggest thing we’ve ever seen”. – Source

24. Eminem used the word N***a only once and he decided to censor it. – Source

25. Eminem told his wife he was taking his daughter to Chuck E. Cheese so he could use her voice in a song about killing her, stuffing her in his trunk, and dumping her body in the ocean. – Source

26. Despite being titled by many as “Eminem’s worst album”, “Recovery” was the best selling album worldwide in 2010. – Source

28. Due to the massive success and popularity of Eminem’s “Stan”, the Oxford Dictionary made a definition of “Stan” – ‘an obsessive fan of a particular celebrity’. – Source

29. When Eminem was a kid he originally wanted to be a comic book artist and when an exec at his label saw his collection, he called it, otherworldly. – Source

30. A production engineer deleted the original recording of the third verse of “Stan” by Eminem. Eminem messed up on the last three lines, and the engineer accidentally re-recorded over the whole thing because he was high. When confronted by Eminem, his response was “My bad man…you wanna hit this?” –Source

31. Eminem’s hit song “The Way I Am” uses anapestic tetrameter for all parts of the song except the chorus. – Source