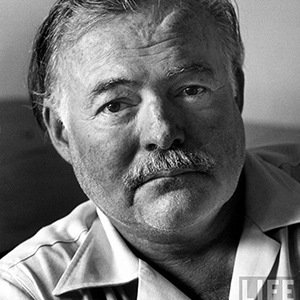 1. Ernest Hemingway grew paranoid and talked about FBI spying on him later in life. He was treated with electroshock. It was later revealed that he was in fact watched, and Edgar Hoover personally placed him under surveillance. – Source

2. The FBI was right to watch Earnest Hemingway. He was a failed KGB asset named Argo according to the book, ‘The Rise and Fall of the KGB in America’ that was released in 2010. – Source

4. Ernest Hemingway used to machine gun sharks to stop them from eating his catch and that in 1938 he established a world record by catching seven marlins in one day. – Source 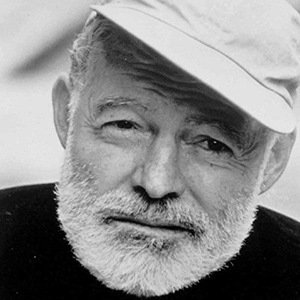 6. Ernest Hemingway took a urinal from his favorite bar and moved it into his Key West home, arguing that he had “pissed away” so much of his money into the urinal that he owned it. – Source

9. As a war correspondent during WWII, Ernest Hemingway took off his non-combatant insignia and posed as a colonel in order to lead a group of French militia into battle against the Nazis – Source

10. The mother of Ernest Hemingway often dressed young Ernest and his older sister in matching pink flowery dresses (and similar outfits) to fulfill her obsessive desire to instead be mother to a pair of twin girls. – Source 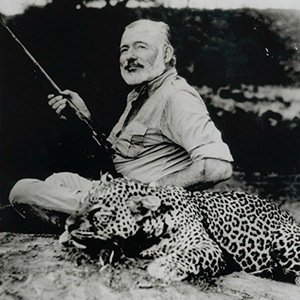 11. While vacationing in Africa, Ernest Hemingway was almost fatally injured in 2 separate plane crashes over a 2-day period. The next day he read in a newspaper his own obituary. A few days later, he was seriously injured in a brush fire. – Source

12. On one instance, when his plane burst into flames on the runway and with his door jammed, Hemingway used his head as a battering ram, butted the door twice and got out. – Source

13. Hemingway underwent shock therapy to treat his manic depression (bi-polar disorder). The treatment obliterated his memory, which made it impossible for him to write. This was the catalyst that sparked his desire to commit suicide. – Source

14. There is a Hemingway look-alike Society – Source

15. Ernest Hemingway’s mother disliked his first book, The Sun Also Rises, apparently claiming that he was “prostituting a great talent” and “pandering to sensationalism” – Source 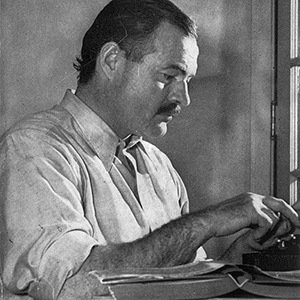 16. American actor Orson Welles and Ernest Hemingway became great friends after getting into a fist-fight with each other in a theater. – Source

17. Francis Scott Fitzgerald once showed Hemingway his penis and confessed his worry that it was too small to satisfy his wife Zelda. Hemingway kindly reassured him it was ok. – Source

18. Ernest Hemingway’s brother founded a nation off the coast of Jamaica that consisted of a raft and 7 citizens. It had currency, postage, and a constitution. – Source

20. Hemingway’s wife lost a suitcase at a train station in 1922. In that suitcase was just about every piece of writing Hemmingway had completed up until that point. Having lost it all, he essentially had to start from scratch – Source