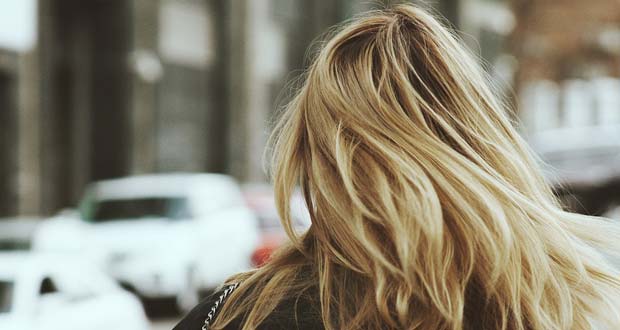 1. Blond hair in humans developed only 11,000 years ago as an evolutionary response to the lack of sunlight in Northern Europe to enable more Vitamin D synthesis. – Source

2. The Hindu religion states that science only offers a limited view of reality, but all it offers is right and correct, meaning that the religion by its nature cannot contradict science, leading to the majority of even highly religious Hindus accepting evolution as fact. – Source

3. The Stoned Ape Theory is a controversial theory from Terence McKenna which states that a lot of our advanced human evolution came as a result of the ingestion of psilocybin mushrooms, also known as magic mushrooms by our primate ancestors. – Source

4. “Sally sells seashells by the sea shore” is based on the real life of Mary Anning, who dug up fossils to sell to tourists at the beach in the 1800s to help her poor family. She discovered several intact dinosaur skeletons, including findings that contributed to the eventual theory of evolution. – Source

5. The Catholic Church considers the Theory of Evolution to be “virtually certain”, and believes that intelligent design isn’t science even though it pretends to be. – Source

6. In 1984, a 1-year-old received a heart transplant from a baboon but ended up dying 21 days later due to rejection. When questioned with why a baboon and not a primate more closely related to humans, the surgeon said he didn’t believe in evolution. – Source

7. The Pandoravirus is a giant virus where 93% of their genes resemble nothing known, cannot be traced to any known cellular lineage and suggests the 4th domain of life. – Source

9. Scientists say caesarian births are “affecting human evolution” because women with narrow hips are spreading this genetic predisposition to their daughters. – Source

10. When Lord Kelvin claimed the Earth was not old enough to support Darwin’s Theory of Evolution, it was Darwin’s son, George Darwin, who helped prove his calculation invalid due to radiation from the earth’s core. – Source

11. Camels originated in the present day United States and only later spread to Asia and North Africa. – Source

12. There is a sea snail that wears a suit of iron plated armor. It is the only known animal to use iron sulfide as skeletal material. – Source

13. Ancient humans hunted Glyptodon, an extinct massive armadillo, in order to live within their shells. – Source

14. A pregnant Tyrannosaurus rex was found in 2016, shedding light on the evolution of egg-laying as well as on gender differences in the dinosaur. – Source

15. Octopus eyes do not have a blind spot and evolved separately from vertebrate eyes – an example of convergent evolution. – Source

16. People in the medieval ages never actually believed the Earth was flat. It was a myth created during the evolution debate in the late 1800s. – Source

19. A conservative think tank named 700 scientists who publicly reject evolution in favor of creationism. In response, the NCSE launched “Project Steve” and has found 1,250 scientists who support evolution, all of whom are named Steve. – Source

20. The recurrent laryngeal nerve in Giraffes is often cited as evidence of evolution, as opposed to the “intelligent design” from God. The lengthy 15-foot nerve takes an inefficient, circuitous route; It exits the brain, goes down and around the heart, then back up to the Giraffe’s voice box. – Source

21.  Panspermia is the hypothesis that life exists throughout the Universe, distributed by meteoroids, asteroids, spacecraft etc. in form of extremophile types of bacteria. If met with ideal conditions on a new planet’s surfaces, the organisms become active and the process of evolution begins. – Source

22. 13,000 Christian clergies have signed an open letter affirming that evolution and God can coexist. – Source

23. A librarian found smallpox scabs stored inside a 19th-century medical book. In the 1800s scabs from infected people would be inserted into healthy people as a means of vaccination. These scabs have the potential to shed light on the evolution of the small pox vaccine used in the US today. – Source

24. Mammalian evolution has been fundamentally driven by viruses. – Source

25. In the late Devonian period i.e. during the evolution of terrestrial plants, there was a ‘wood crisis’. Trees became abundant, took CO2 out of the air, and caused an ice age, simply because the fungi that eventually would decompose dead wood & return the CO2 to the air hadn’t evolved yet. – Source

26. Empedocles, 5th-century Greek philosopher most known for the development of the idea of the Four Elements, also concluded that matter could neither be created nor destroyed and developed a theory of evolution concluding that form followed function and that the fittest survived. – Source

27. Geneticists have figured out the time that evolving humans lost their primate body hair by using mitochondrial DNA to calculate the date that head lice evolution diverged from that of public lice. – Source

28. Exposure to platinum can turn snails into their evolutionary decedents the slug. – Source

29. Flatfishes, originally used as evidence against Darwin’s theory of evolution, have come to be understood as incredible examples for the theory. – Source

30. Pandas were carnivorous but they inexplicably lost their appetite for meat during evolution. – Source

31. Ben Stein does not believe in the scientific theory of evolution and blames it and science as a cause for the Holocaust. – Source

32. All common citrus fruits were created by hybridizing just three species: the mandarin orange, the pummelo, and the citron. – Source

33. Light skin evolved independently in Europeans and Asians, and as a result, it is regulated by different genes. – Source

34. “Modern biologists have reaffirmed the role of sexual selection in the evolution of beards, concluding that there is evidence that a preponderance of females finds mates with beards more attractive than mates without beards.” – Source

35. Among all animals that include meat in their diet, humans are the only animal unable to break down uric acid, the cause of gout. This is due to an enzyme lost in early primate evolution. – Source

36. Over the course of the evolution of mammals, one lower and one upper jaw bone lost their purpose in the jaw joint and were put to new use in the middle ear, giving mammals improved hearing ability. – Source

37. Flowers didn’t exist until dinosaurs and mammals were already roaming the earth. – Source

38. The red grapefruits we eat today are the result of irradiated pink grapefruits from “gamma gardens”, where scientists in the 1950s fired gamma rays at plants in order to speed their evolution of useful mutations. – Source