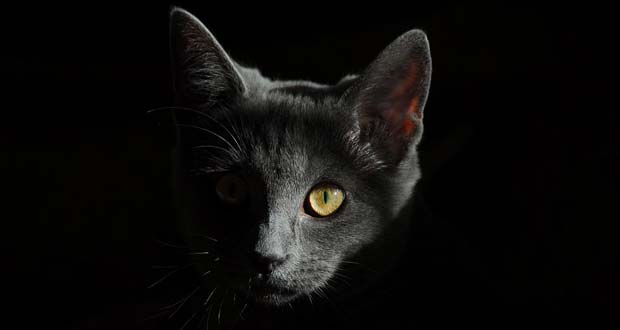 1. Cats are thought to be primarily responsible for the extinction of 33 species of birds. – Source

2. After large animals went extinct, such as the mammoth, avocados had no method of seed dispersal, which would have led to their extinction without early human farmers. – Source

3. A man spent several years acting as the mate of a female whooping crane sleeping, dancing, and building nests with her as part of an effort to save the species from extinction. And it worked! – Source

4. There was a man-made mouse utopia called Universe 25. It started with 4 males and 4 females. The colony peaked at 2200 and from there declined to extinction. Once a tipping point was reached, the mice lost instinctual behaviors. Scientists extrapolate this model to humans on earth. –Source

5. A creature known as a “Tardigrade” has survived all five mass extinction events. – Source

7. There is a type of Australian beetle which is threatened with extinction because the male beetles try to have sex with beer bottles instead of females. – Source

8. Around 70,000 years ago the volcano Toba in Indonesia erupted and covered the earth with so much ash the sun was dimmed for 6 years. The population of early humans neared extinction and some studies indicate there were as few as 40 breeding pairs. – Source

9. Lions inhabited many areas of Europe until they were hunted to extinction around 100 BCE. – Source

10. Nearly every Megafauna (animals larger than humans) extinction in the last 45,000 years, directly follows the introduction of humans into the area. – Source

11. The near-extinction bison hunting in the 1800s was not to gain food, but to restrict the American Indians’ dominant food supply; herds were shot from trains and left to rot where they died. – Source

12. Former U.S President Jimmy Carter helped to reduce the Guinea Worm Disease cases from 3.5 million to 126. This disease is now at the brink of extinction. – Source

13. Scientists have successfully genetically engineered American chestnut trees to resist the blight that annihilated them, bringing back a species from functional extinction. – Source

14. There were four mass extinction events before the one that killed the Dinosaurs. The most severe killed a staggering 97% of all species. All life on Earth today is descended from the 3% that survived. – Source

15. The galaxy M100 is so far away that if beings from there were to look at Earth right now, they would be watching the real time extinction of the dinosaurs. – Source

16. Dire wolves’ extinction has been related to their inability to compete for prey against faster wolves, making them scavengers. – Source

17. Passenger pigeons were once the most abundant bird in the world. John James Audubon once saw a flock that took three days to pass. Alexander Wilson reckoned that a flock he saw contained 2,230,272,000 individuals. The bird was hunted to its extinction, which came on September 1, 1914. – Source

18. Feral goats on the Galapagos Islands were eradicated by attaching a radio location collar to a “Judas” goat. When it returned to the herd all goats were shot except the Judas goat. When it relocated to another herd the process was repeated until only the Judas goat remained, which was then shot. – Source

19. The Cordoba Fighting dog was an aggressive breed, it preferred to fight rather than mate, leading to its extinction. – Source

20. The stock market got the names “bear and bull” because of Caballeros in California. The Caballeros put California Grizzlies in battle with bulls. They observed bears swiped downward and bulls hooked upward, thus lending the analogy. This also helped lead to the California grizzly’s extinction. – Source