Here are some facts and lore about Witchcraft.

Witchcraft in the Middle Ages 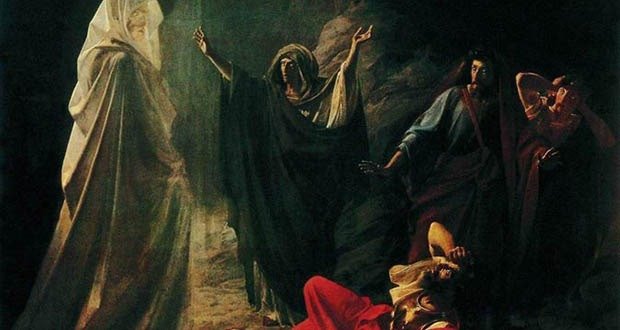 The original Christian view of witchcraft in the Middle Ages was that it wasn’t real and could do no serious harm because it didn’t exist. It took many years, various arguments of theologians, a number of inquisitor’s manuals, and a series of papal bulls (written letters by the Pope of judgment and command) to contradict that traditional Christian idea and identify witchcraft as heresy and blasphemous. Eventually in1484, Pope Innocent VIII, in his bull Summis desiderantes, allowed the Inquisition to pursue “witches”. The idea of a “witch hunt” is not limited to witches. People against witches were also against Jews, Muslims, lepers, or any group of people the Church disliked. Very few people that were involved in these hunts had any tie to magic or witchcraft that historians are aware. The trials had little to do with actual witchcraft. Witch hunting was officially banned in England in 1736 when the Witchcraft Act was passed. 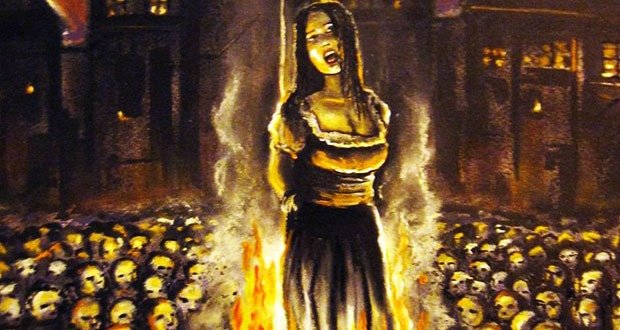 Burning a witch at the stake was a fairly rare occurrence (except in the 17th century). It took a great amount of effort to make the stakes and pyres for burnings whereas ropes were reusable and you could perform dozens of hangings in a single day. Hangings were much more cost-effective and efficient. 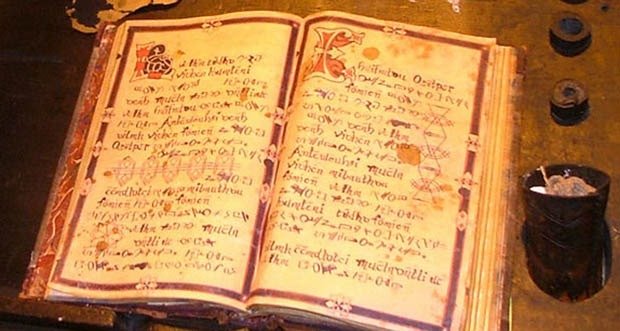 The most widely observed witchcraft-based religion in the western world is the faith system Wicca, which was officially recognized as a religion in the U.S. in the early 90‘s. It was created in the early 1940’s by Gerald Gardner and is largely based on ancient druidism. The word wicce was Anglo-Saxon in origin, and meant “to bend” and evolved into the Middle English wicche, or from masculine Old English wicca, meaning “sorceror.” It is the root of the words “witch” and “wicked.” Wicca was formed as a sort of “spin-off,” if you will, of Druidry, a celtic religion that existed more than a thousand years ago. One problem with this, however, is that the Druidic order was an oral tradition, so nothing about their rituals was written down, meaning most of the modern practices are based largely on guesswork and outsider accounts.

Potions and their Ingredients 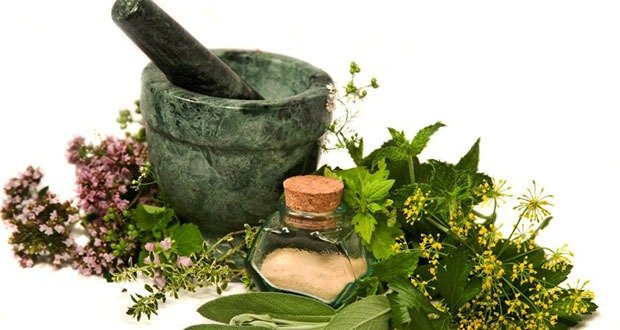 Names like “Cat’s Paw” or “Maiden Hair” often written as ingredients of spells or potions are code words used in place of plants. It was a common practice among farming people to disguise the names of herbs and other such plants so that others wouldn’t know what their different recipes and potions actually contained. Some are actually the proper names for certain herbs. There really are plants called “Serpent’s Tongue”, “Bird’s Foot”, and “Mouse’s Ear.” 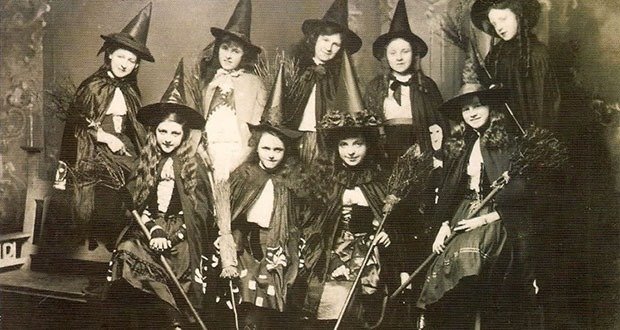 The term “pagan” originally meant “rustic” or “country-dweller”. Paganism refers to ancient religions (like Druidry or the pantheons of the Greek and Roman Empire). Neopagansim refers to new faith systems or reconstructions of old religions (like Wicca and Theodism). The four categories of neo-paganism are Animism (the belief that non-human entities are spiritual beings), Polytheism (belief in more than one god), Pantheism (the view that the Universe or Nature and God are identical), and Shamanism (the belief that shamans are intermediaries or messengers between the human world and the spirit worlds). 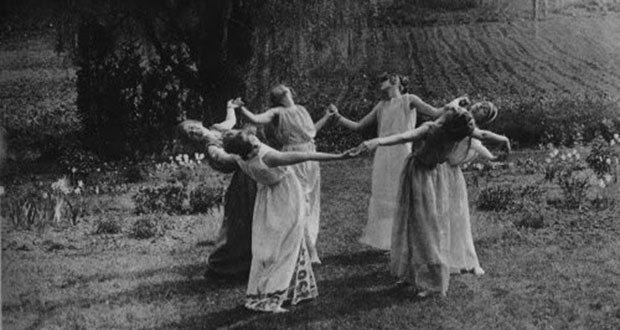 The notion that witches worship Satan is false. Most pagan religions and belief systems are not based in Christianity, they have no concept of Satan, and therefore cannot worship him. There are Satanists who do, but there are two types of Satanism; Laveyan and Luciferan. Luciferans, as Satan-worshippers, are the original branch of Satanism. Levayen Satanism, which is Atheistic, was introduced in the 1970’s by a man called Anton LaVey. Laveyan Satanism is a relatively “new” branch of Satanism, whereas Luciferan Satanism has existed as long as Christians have acknowledged “Satan” as a entity. Luciferan Satanists are the only magic-practicing religion who worship the Christian Satan. 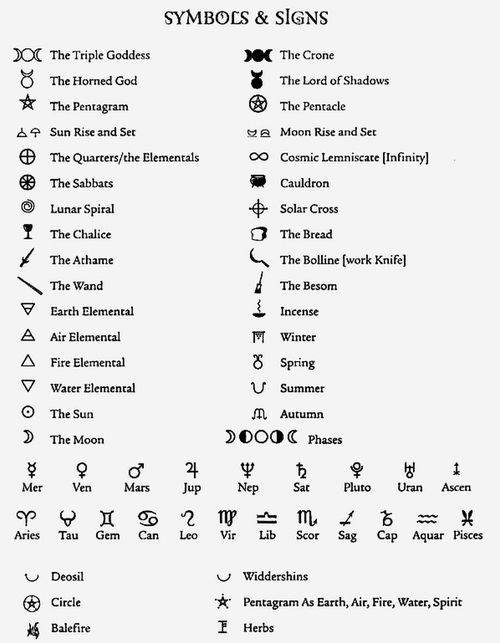 In Western magic, “sigils” are symbols connected to a set of ideas by which spirits or deities may be summoned to awareness and controlled. They are used in divinatory practices. The term is derived from the Latin “sigilum” meaning “seal.” The sigil itself does not call forth the spirit, but serves as a physical focus through which the magician achieves the desired state of mind. 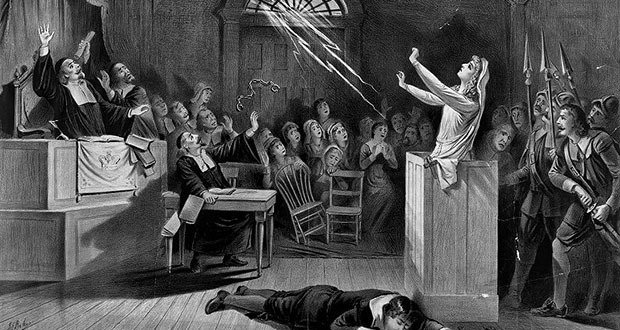 It is possible to trace the origin of witch hunting to an incident that occurred in 1208. Two of the Pope’s Inquisitors were staying in a house in Avignonet, in the south of France. They were staying there to root out heretics. In the middle of the night, a knight of Raymond VI, who believed that the Old Testament God was a demon, was admitted to the house. He slaughtered Pierre de Castelnau. After this murder, the Pope was determined to stamp out heretics at all costs. A bloody crusade followed. Cathars were dragged from their homes and burned. In 1244, two hundred of them were burned on a gigantic bonfire at Montsegur. Those that survived were no longer accused of heresy – they were accused of a new and strange crime: conspiring with the devil or, as it came to be known, witchcraft. 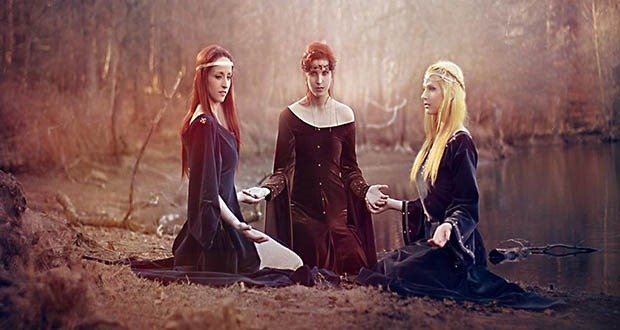 The Salem Witch trials did not start in Salem MA. They started in Salem Village, now known as Danvers. In the early part of the year 1692 a small town located near Salem was massacred by Native Americans and this put the village of Salem on alert. Salem, besides being full of fear for their own safety was looking for divine intervention to either help or perhaps deters their preservation as a community. A major factor contributing to the mass hysteria that lead to “witch-hunts” and hangings was the deep rooted Salem rivalry between the village folk of the west part of town and the village folk of the east side of town; westerners were farmers and the easterners were businessmen/store owners. A theory that can not be verified holds that the reason for the hysteria in Salem was due to their grain supply being infected by ergot, which can cause hallucinations. 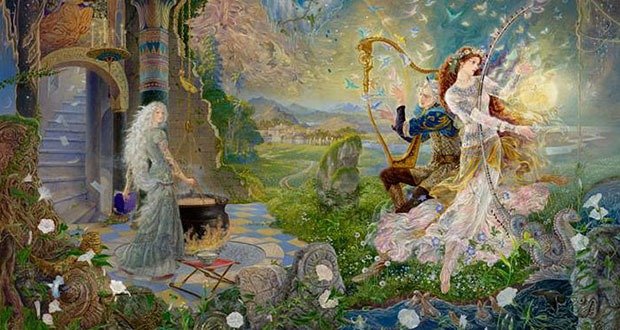 Ornithomancy is the Greek term for the practice of divination by observing the flight of songbirds. Margaritomancy is a form of divination which uses a pearl covered with a vase which was utilized during trials. The vase was placed near a fire while names of subjects were read aloud. When the name of the guilty person was pronounced supposedly the pearl would bound up and pierce the bottom of the vase. Philtre, a potion that causes one to fall in love with another person, were popular in the Middle Ages, but lost favor to charms and spells in the 17th and 18th centuries. Philtres are still produced in some folk-magic traditions, but are strictly forbidden in most neo-Pagan religions.

25 Interesting Behind the Scene Facts About Famous Movies – Part 6