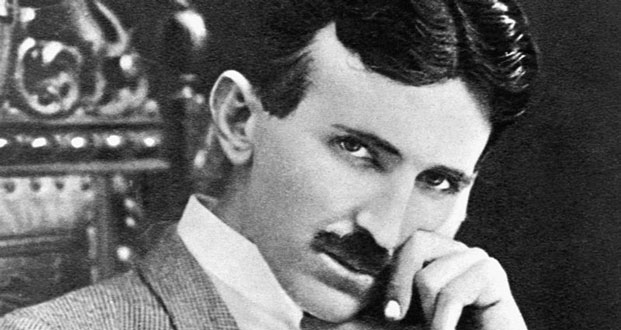 1. Tesla became a gambling addict, lost all his tuition money, dropped out of school and suffered a nervous breakdown. – Source

2. A village in India is addicted to chess after one man taught everyone how to play 50 years ago to stop excessive alcohol use and gambling which has now all declined to almost nothing. – Source

3. A wife bought a scratch-off lottery ticket to prove a point to her husband that it was a waste of money, but it ended up winning her $1 million. – Source

4. Monkeys can learn to use the money. Capuchins that were taught to exchange silver discs for treats began budgeting for foods they liked, buying more of something when the price dropped and started gambling. Eventually, rich monkeys even figured out they could pay each other for sex. – Source

6. Gambling for cash is illegal in Japan. Instead, balls won from games are exchanged for prizes or tokens. These items are then exchanged for cash at a place nominally separate from the parlor. – Source

7. The night before the Olympic final, Michael Jordan apparently spent the night drinking and gambling all night, then he went on a long day of press appearances, plus 18 holes of golf in Barcelona before he went on to lead Team USA in a gold-medal winning victory over Croatia. – Source

8. In 1992, an Australian gambling syndicate bought almost all the combinations in a Virginia lottery and won, turning a $5M purchase into a $27M winnings. – Source

9. All gambling in Finland is controlled by the government, and all of the profits go to charity. – Source

10. Loot Boxes are regulated in some countries under gambling laws. – Source 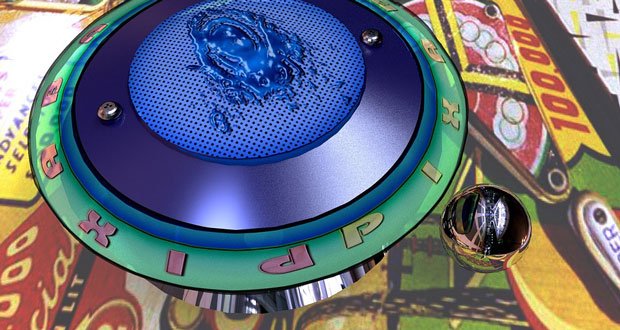 11. Pinball was banned in NYC as a gambling device until 1976 when Roger Sharpe testified by playing pinball in the courtroom while calling out precisely what he was going to shoot for and scoring showing that it’s a game of skill and not chance. – Source

12. After Russia outlawed virtually all gambling in 2009. A Russian engineer learned how to cheat slot machines. He took his knowledge to the U.S. and won $21,000. Casinos still have no fix for it. – Source

13. Canadians who win sweepstakes have to answer a math question to claim the winnings to keep it from being considered gambling or a game of chance. – Source

14. The most successful pirate in history was a Chinese prostitute. Cheng I Sao commanded 80,000 sailors & a fleet bigger than most country’s navies, which is why the government had to give up and offer her a truce. She retired with her loot & opened a gambling house before passing away peacefully. – Source

15. A gambler named Archie Karas went to Las Vegas with $50, gambled it up to $40 million over the next two years, only to lose it all in three weeks. – Source

17. Australians lose more money per capita to gambling than any other nation. – Source

18. The sandwich was supposedly invented by the Earl of Sandwich, who was so addicted to gambling that he refused to leave the table for meals and demanded something he could eat with one hand. It caught on amongst other players, who ordered “the same as sandwich” thus, “the sandwich”. – Source

19. Kowloon Walled City once existed in Hong Kong with an estimated population density of 3,250,000 people per square mile. No laws or rules governed the city and had the highest rates of gambling, prostitution, and drug use. – Source

20. In a case study patients were given an experimental drug to treat their Parkinsons disease, 11 of the patients experienced intense urges to gamble their money despite little interest in gambling before. Even losing large sums of money. All the patients stopped gambling when tapered off the meds. – Source 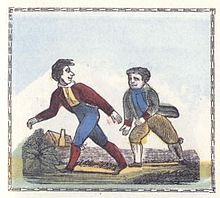 21. In the 1800s, one of the most popular sports in the world was distance walking which attracted huge crowds and gambling. Thousands of spectators would turn up to watch challenges such as walking 1,000 miles in 1,000 hours. – Source

22. In 2014, Singapore’s anti-gambling agency, in a bid to leverage the world cup fever, published an advert that showed a worried kid telling his friend that his father had bet all their savings on Germany winning the world cup. Germany won. – Source

23. Medieval university students had a reputation for drunken debauchery and were criticized for neglecting their studies in favor of gambling, drinking, and sleeping with prostitutes. – Source

24. A male gambler called Brian Zembic is known for doing anything to win a bet and agreed to have breast implants and keep them for one year in return for $100,000. He won the bet and 20 years later still has 38C breasts. – Source