One of our readers asked us this question the other day. Given time to decompress slowly, could a human survive in a Martian summer with just a oxygen mask? If you were in a decompression chamber and gradually decompressed (to avoid the bends), could you walk out onto the Martian surface with just an oxygen tank, provided that the surface was experiencing balmy summer temperatures?

Short answer: No. Exposure to vacuum or near vacuum is not well understood because it hasn’t happened to many people, and while we’re fairly sure it will kill you no one really knows what will get you first… but we do have a few ideas. 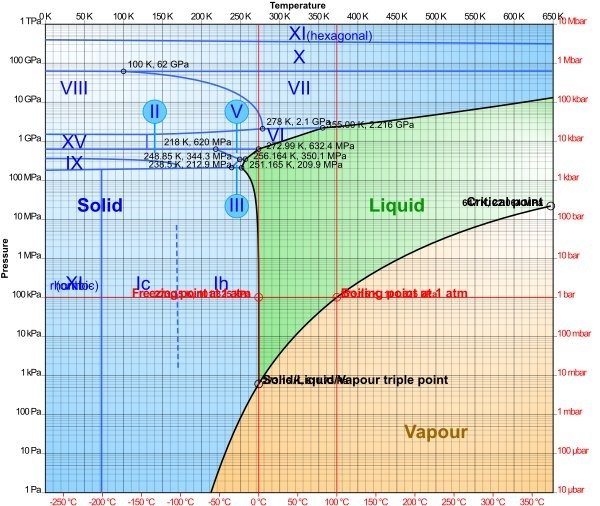 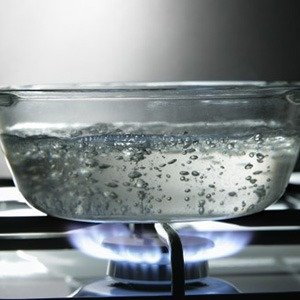 The atmospheric pressure of Mars is about 0.6% that of earth, or about 600 Pascals at sea level. So what happens to the water in your body? At this pressure, you’re even below the triple point of water, so it can only exist as a gas or solid. Given your body temperature, your eyes would boil. But it wouldn’t stop just there. Without the pressure the atmosphere provides I expect any exposed fluids will boil, such as saliva and the fluid in lungs, though whether or not blood boils seems to be an open question. (Also, I don’t want anyone coming away from this thinking it means it’s impossible for their to be liquid water on Mars – just that the liquid water can’t be you).

By boiling I mean just a liquid to gas phase transition, not cooking the flesh around the liquids.But the heat for the phase transition has to come from somewhere. Just like the sweat evaporating off your body cools you down – the transition from liquid to gas pulls the heat from your skin and the atmosphere around it. You won’t get a frostbite on your tongue because of the extreme rapid change of state.There’s only so much liquid on the surface of your tongue, so the amount of heat lost is being restricted by that. The trade-off of the “extreme rapid change of state” is that it has a really short duration – it would be like you putting your hand on a .1 mm sheet of dry ice: very cold, very fast, very short duration – so the temperature loss doesn’t cause damage in the short-term. You’d be far more concerned with the other pressure-related issues after the first second or two. 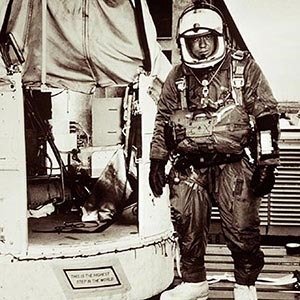 Jim LeBlanc survived exposure to vacuum (or comparably low pressures). He was testing a NASA spacesuit in a vacuum chamber when the suit lost pressure. He reported that he could feel the saliva on his tongue boiling, before passing out almost instantly. I’m not a doctor, but I just honestly don’t think this would be survivable for any extended period. 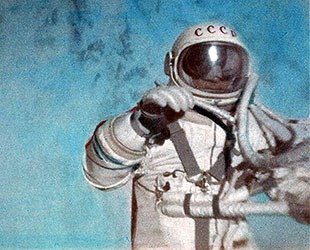 Alexi Lenov, the first person to do a spacewalk, was also exposed to low pressures. His spacesuit ballooned enough that he was unable to reenter his spacecraft, so he had to vent some of the gas inside. He experienced the nitrogen in his blood boiling, and his eardrums were damaged. That said, he was able to complete the mission, and is still alive today. 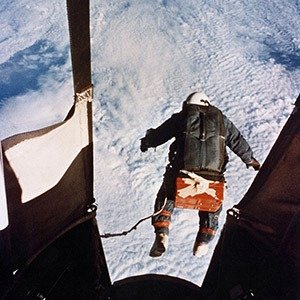 The effect of extremely low pressures on humans has been studied by the US military. When jet aircraft were developed, the Air Force was concerned that their pilots would not be able to safely eject at the altitudes reached by the new planes. They conducted Operation High Dive and Project Excelsior in Roswell, New Mexico to develop methods for safely returning pilots to earth. Operation High Dive involved dropping dummies off of weather balloons, and Excelsior did the same thing with a human named Joseph Kittinger.

The test “pilot” in Project Excelsior tore his glove during his third ascent, exposing his hand to extremely low pressure. He reported extreme pain and loss of function in his hand. Fortunately, his hand swelled up enough that it sealed off his suit at the wrist, protecting the rest of his body from near-vacuum exposure. He regained use of his hand several days later.

The syndrome caused by exposure of human tissue is called ebullism. It’s sort of similar to the decompression injury experienced by divers who ascend to the surface too quickly, but it is much more pervasive and severe.

So many things are going to be wrong that the minor inconvenience of experiencing a phase transition from liquid to gas might not even be the thing that kills you. 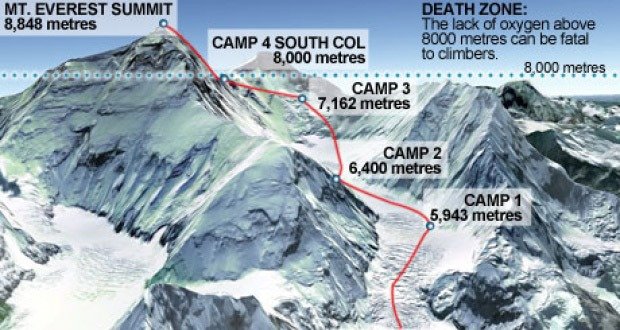 For example, you might be familiar with the concept of the “Death Zone” on Mt Everest. Among other things trying to kill climbers, the atmospheric pressure is about a third of what it is at sea level. The lower partial pressure of oxygen (ppO2) results in a lower blood oxygen saturation level, and thus many Everest climbers resort to bottled oxygen. That’s a problem at 33% of atmospheric pressure on earth – now consider how deadly it will be at 0.6% on Mars. Even with 100% oxygen (and liquid blood) you’d only have 0.006 ppO2 on Mars, while the survivable limit is between 0.16 and 1.6.