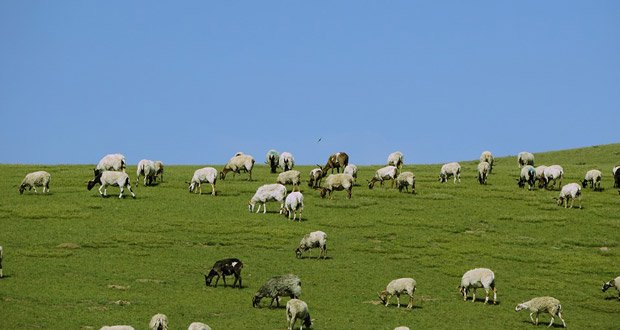 1. A flock of around 200 goats is hired regularly by Google to chew away the grass in their lawns rather than using land-mowers. – Source

2. To eliminate all the elusive invasive goats in the Galapagos, researchers attached a radio-collar to a Judas goat who would, because of its gregarious nature, seek out other goats. It was then tracked down and the group was killed, but with the traitor left alive in order to find more goats. – Source

3. A goat called Sergeant Bill became a Canadian war hero during WWI when he head-butted three soldiers into a trench to avoid an exploding shell. – Source

5. Goats are one of the reasons behind the desertification of the middle east. – Source

6. A goat reached the rank of lance corporal in the British Army and got demoted for inappropriate behavior during the Queen’s Official Birthday. – Source

7. The stimulating effects of coffee were first observed in the 9th century by goat herders who noticed their goats started dancing after eating coffee berries. – Source

9. The reason that the US Naval Academy has a goat for a mascot is that goats used to be common on ships as a source of dairy products. Goats were smaller and safer than cows at sea and they can even swim. – Source

10. A geneticist at Utah State University has created spider-goats. He took the gene that encodes dragline silk from an orb-weaver spider and placed it among the DNA that prompts milk production in a goat’s udders. The silk produced is stronger than Kevlar and is suitable for ligament repairs. – Source

11. A town in Ireland hosts a fair in which a goat is crowned king for 3 days and hoisted on a 40-foot pedestal. – Source

12. Mountain goats are not actually goats, but members of the Antelope family. – Source

13. In 2006, a Sudanese man was caught having sex with a goat, and as a punishment was forced to take the goat as his wife while paying a dowry of around $50 to its owner. – Source

14. Goats have been used as Torture Devices. – Source

15. A goat once killed his abusive owner in self-defense. The community rallied around the goat and saved its life. – Source 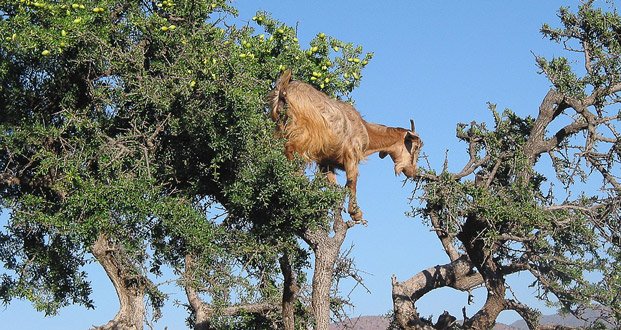 16. Farmers allow the Tree Goats of Morocco to climb Argan trees to eat the fruit because their poop (consisting of digested clumps of seeds) is then pressed to create the sought-after Argan oil. Argan oil is commonly found in the popular Ogx Shampoo bottle effectively making it Shampoop. – Source

17. Around 70% of all red meat consumed worldwide is goat meat. – Source

18. A cave goat that went extinct approx. 5,000 years ago is the first known mammal to have become cold-blooded. Their bone growth rate is unlike any other mammal, and more similar to crocodiles in showing slow and adaptive rates to environmental temperature. – Source

19. A goat was once arrested in Nigeria after vigilantes claimed it was an armed robber who turned himself into a goat with black magic. – Source

20. Nepal Airlines have the worst safety record in the world and have sacrificed goats to fix technical problems. – Source 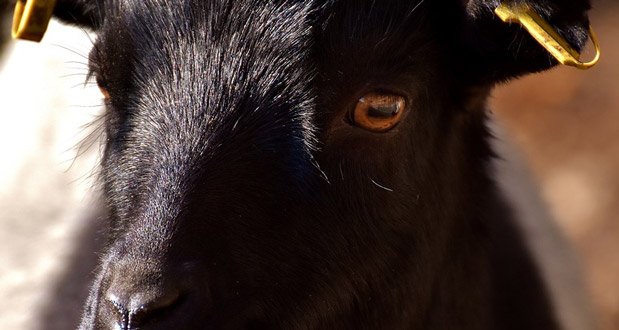 21. Goats have rectangular pupils that allow them to see 320 degrees around their head, with no blind spot. – Source

22. Illegal Sardinian Cheese is illegal since the cheese is made from goats milk that is fermented in a newborn baby goat’s stomach. The baby goat is killed, its milk filled stomach is then hung up for months while the milk hardens into cheese, and then serve with a knife. – Source

24. British Acts of Parliament are still printed on goatskin. A proposal to end the tradition in 1999 was thrown out, partly because it would mean the death of the industry in Britain. – Source

25. Therapy Goat is a therapy in which goats visit old folks homes to cheer them up. – Source