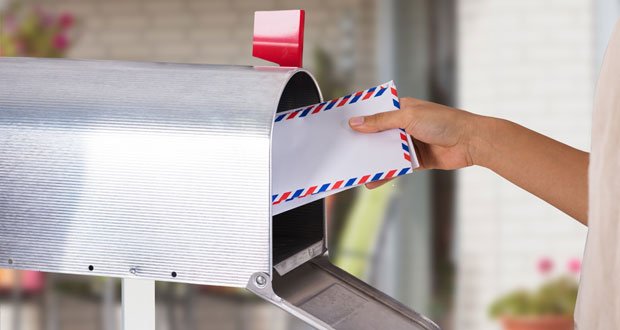 In today’s digital world, the post office tends to fly under the radar. Make no mistake though, they’re still out there working hard to deliver our mail.

The U.S. Postal Service has been around almost as long as America has been a country. Over the years, it’s gone through many transformations.

It’s also amassed a treasure trove of facts. Many of these are quite interesting, others hilarious.

Let’s go over some fascinating facts and changes that have occurred throughout postal history that you probably aren’t aware of.

A small group of America’s founding fathers created the system that would become the United States Postal Service. In fact, there was a committee that was responsible for establishing the system.

This committee consisted of politicians such as Sam Adams, Philip Livingston, and Thomas Willing. Each of these men helped facilitate communications between the military and Congress at the time.

However, Benjamin Franklin was the person responsible for refining the postal system. Before America’s independence from Britain, he worked as Joint Postmaster General for the Crown.

The British fired Franklin from this role when he showed support for the rebels. In 1775, he became the first Postmaster General of the newly-independent nation. He’s earned $1,000 a year in this role.

Many Famous People Were Once Carriers

The number of notable personalities who’ve worked as mail carriers may surprise you. It’s hard to picture some of these people delivering mail door-to-door, but it happened.

In New Salem, IL, Abraham Lincoln worked as a postmaster. While this title has more weight than a carrier, he often delivered mail personally.

A handful of celebrities have also worked as carriers. These include Walt Disney, Charles Lindbergh, and Bing Crosby.

Writers Charles Bukowski and William Faulkner both held positions at the USPS. Bukowski was a carrier and Faulkner worked as a postmaster.

Remember the television show The Jeffersons? Sherman Hemsley, who played George, worked as a clerk in Philadelphia before moving on up to an acting career.

The Postal Service Once Had a Mascot

Government organizations don’t usually have mascots. However, the U.S. Postal Service had one for a short period.

For a decade, a dog named Owney claimed the position of USPS mascot. Postal workers in Albany befriended the abandoned pup who liked to hang out around the station. They soon allowed him to ride on the postal trains that transported mail to New York.

Owney quickly formed a reputation among postal workers and the public. However, this came to an end when he bit a postal worker.

Although Owney was put down after the incident, a group of postal workers had him stuffed. Today, he’s on display at the National Postal Museum. The USPS released a commemorative stamp in his honor in 2011.

Recipients of Mail Used to Pay for the Stamps

Having to buy a single stamp to mail a letter seems like a hassle these days. That’s why many people buy books of stamps to keep on reserve at their home or office.

However, stamps used to cause bigger headaches. Long ago, the recipient of a piece of mail had to pay for postage. All the sender had to do was send it.

You can probably imagine why this caused problems. If a recipient didn’t want to pay for the stamp, they refused the mail. This meant that the post office had to return it.

The time and effort put into returning mail to senders prompted the creation of prepaid stamps. This made the process much easier for the USPS.

Have you ever written the address on the front of an envelope and wondered whether the post office would be able to read it? You’re not alone. Sloppy handwriting has always presented a problem for the USPS.

The good news is, they created a reliable solution to this. A facility in Salt Lake City is responsible for decoding mail that the automatic sorters can’t decipher.

At the Remote Encoding Center, approximately 1,000 staff members work to translate poor handwriting. All day, these experts figure out what address each envelope needs to get delivered to.

This seems like an overwhelming task. However, the employees at the Remote Encoding Center are so good, they can decode a piece of mail in four seconds on average.

Megan Brennan began the role in 2015. She’s the 74th Postmaster General of the United States.

Brennan started working as a carrier for the USPS in 1986. She went on to work as a delivery supervisor, manager of a processing plant, and district manager.

In 2010 Brennen become the chief operating officer of the USPS. She was appointed to the position of Postmaster General in 2014 and started work in this role the following year.

Everyone’s familiar with the white and blue mail trucks that have been zipping around American neighborhoods for years. However, the USPS also uses boats to deliver the mail.

It’s important to note this only happens in a few locations. In Michigan, a boat called the J.W. Westcott delivers mail to other vessels on the Detroit River.

When making a delivery, the boat pulls up to the sides of larger boats. The recipients lower a pail down to the J.W. Westcott and the operators fill it with mail.

Another USPS boat is in operation on the Magnolia River in Alabama. This one, however, delivers mail to homes that have mailboxes attached to their docks.

Postal History is More Interesting Than You Thought

With a function as straightforward as delivering the mail, you wouldn’t think the USPS would have so many interesting and unexpected facts. The truth is, postal history is educational, fun, and even humorous.

Keep these interesting facts in mind and share them with your friends the next time you get together.

We hope you’ve enjoyed this article. Explore the rest of our site for more interesting facts.

Every character played by the same actor is now a part of one continuous story. Which actor has the best story arc?

December 12, 2019
Latest Posts
Subscribe to Blog via Email
Did you know?
Loading...
Facts of the Day
Registration is disabled.