1. During prohibition, grape farmers would make semi-solid grape concentrates called wine bricks, which were then sold with the warning “After dissolving the brick in a gallon of water, do not place the liquid in a jug away in the cupboard for twenty days, because then it would turn into wine.” – Source

2. If you microwave a sliced grape, it can explode in a fireball of super-heated plasma. – Source

3. The famous windows XP desktop background “bliss” was only possible due to an infestation that killed all of the grapes that would have been in that field. – Source

4. The year on bottles of wine is the year the grapes were picked, not the year the wine was bottled. – Source

5. It’s very common for people in Japan to peel grapes before eating them, due to a perception that the skins are dirty and/or bitter. – Source

6. The Spanish have a tradition consisting of eating a grape with each bell strike at midnight of December 31. – Source

7. There are grapes that taste like cotton candy. – Source

8. William the Conqueror introduced a custom to UK. According to this custom, people would leave their homes and move to a summer home to aid the grape harvest. Due to the act of vacating their usual home, this custom was given the name: vacation. – Source

9. The woods oldest grapevine is 500 years old and found in Slovenia. It has survived Napoleonic wars, WWI, and bombing by the Nazis in WWII. It still produces 35-55kg of grapes and 100 bottles (250 ML each) of wine are produced each year. – Source

10. Grapes and raisins are severely toxic to dogs and can cause an acute kidney failure. A couple of hours after ingestion, the dog may develop vomiting, diarrhea, excessive thirst, excessive urination or lethargy. There is no antidote. – Source 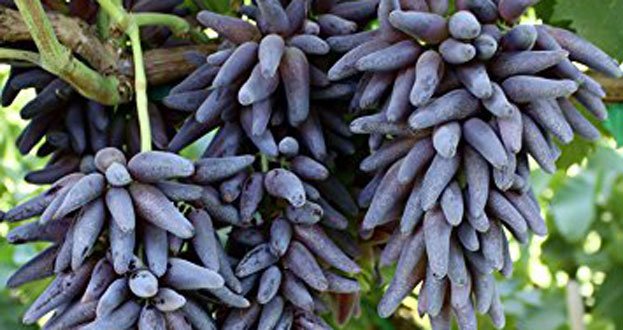 12. The white wax you see on the grapes you buy from the grocery store is produced by the grapes naturally. It is called epicuticular wax and it helps to reduce moisture loss. – Source

13. Seedless grapes actually do contain seeds at some point. But a genetic error prevents the seeds from forming hard outer coats like normal seeds do. – Source

15. Armenians are credited to be the earliest growers of grapes and its cultivation for wine production. Caves found recently date wine there to 6000 BC, nearly a full millennium earlier than the Egyptian site previously found. – Source 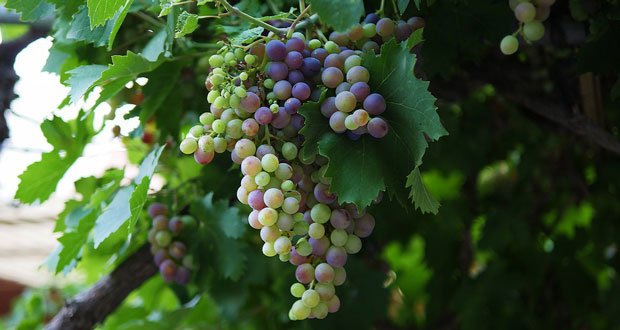 16. While they are botanically classified as berries, grapes still are considered a fruit. – Source

17. Contrary to popular belief grape seeds are very healthy when eaten. They are capable of reducing fat and have anti-cancer properties and also fight against inflammatory acne, asthma, and arthritis. – Source

18. In the 1850s American grapes were used to save the French wine industry. – Source

25 Uplifting Headlines of the Week - Part 75