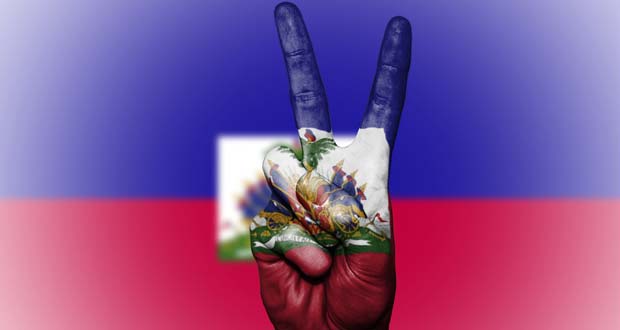 1. Haiti is the first and only nation established as the result of a successful slave revolt. – Source

2. Haiti and Liechtenstein developed identical national flags independently of each other. No one realized until the two countries competed against each other in the 1936 Summer Olympics under the same flag. – Source

3. After the Haiti earthquake, the “Feed The Children” website claimed that the charity was “providing medical relief for 12,000 people”. In reality, they sent a total of three doctors, and two weeks after the earthquake it emerged that they had fed zero people. – Source

4. Zombie folklore originated in Haiti when bokors (“black magicians”) would poison victims with pufferfish neurotoxin, inducing a state of suspended animation from which the victim would awaken in a psychotic state under which they could be easily controlled. – Source

5. After the Haitian Slave Revolt, France demanded the newly independent country compensate former plantation owners who had lost their ‘property’ to the tune of $21 Billion (inflation adjusted). – Source

7. Honor killings for adultery were legal until 2005 in Haiti. – Source

8. Haiti has had 23 constitutions since 1801, with the most recent being enacted in 2012. At least two have declared the country to be an empire. – Source

9. A Voodoo ceremony united the people of Haiti and began the Haitian revolution in 1791. Voodoo was later trivialized by American elites and Hollywood fearing an uprising in opposition to the US occupation of Haiti. – Source

11. Jacques Préval was Haiti’s first elected head of state to serve a full term in office since its Independence in 1804. – Source

12. The cholera outbreak in Haiti following the 2010 earthquake has killed over 8000 people. Despite initial denials and investigations, most evidence now suggests that the disease was actually introduced to Haiti by Nepalese soldiers at a UN base, before spreading through the population. – Source

13. In 1937 Dominican soldiers asked dark-skinned people to pronounce “perejil” (parsley), killing those who did so with a French inflection because it indicated Haitian origin. – Source

14. There is a hotel in Port-au-Prince Haiti with rooms named after celebrity guests such as Marlon Brando and Mick Jagger. In the 1970s, its poolside rivaled that of the Beverly Hills Hotel and Haiti was a popular Caribbean retreat. – Source

15. The world’s largest solar-powered hospital is in rural Haiti and it’s capable of producing more than 100 percent of its required energy. – Source

17. Haiti’s teenage prostitution problem has skyrocketed since the earthquake, with girls as young as 8 engaging in “survival sex.” – Source

18. On an episode of “No Reservations” in Haiti, Anthony Bourdain buys out an entire food stand to feed hungry onlookers which lead to a fight breaking out among the crowd. – Source

19. Most HIV/AIDS viruses in the US descended from a common ancestor from Haiti who arrived in the US in 1969. – Source

20. The national anthem of Haiti is named after a man who committed genocide on 5,000 white people. – Source

21. After winning independence in 1804, Haiti went and built the largest fortress in the Americas atop a 3000 ft mountain in order to keep the French out. – Source

22. During the 1950s and 1960s in Haiti the Tonton Macoute would bury people alive, murder, rape and even hang corpses from trees, then kill family members who tried to take them down. – Source

23. In the early 80s, Haiti was compelled by the US, Canada, and Mexico to eradicate its pig population. This was meant to prevent the spread of African swine fever, but it devastated Haitian peasant wealth. – Source

25. Haiti played a role in saving Jewish families during the Holocaust. – Source

26. The University of Haiti in Port Au Prince charges only US $15 in tuition a year. Although this made education more affordable, the competition was still fierce, with only about 15 percent acceptance rate for undergraduates while its dentistry school had 20 places for about 800 applicants yearly. – Source

27. Six species of globally unique frogs were rediscovered in the few remaining rainforests of Haiti. Frogs are known as a “barometer species” that indicate environmental health which gives hope to conservation efforts in a country undergoing rapid deforestation. – Source

28. Haiti disbanded its armed forces in 1995 because of dozens of military coups that had occurred in the country’s history. – Source

30. The U.S., Poland, and Argentina invaded Haiti in 1994 in an operation titled “Uphold Democracy” to remove the military leader. – Source