Harry Potter readers notice parallels and hidden meanings scattered all over the books. Here are a few you may have missed. 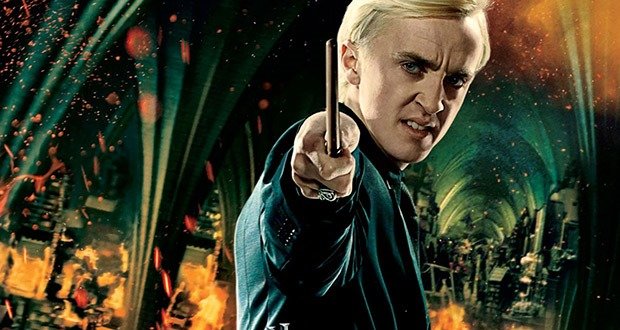 Malfoy, the notoriously Pureblood family that has aligned itself with Voldemort, is derived from the French mal foi, meaning bad faith. Voldemort, loosely translated, comes from vol de mort, or flight from death. Throughout the series, he seeks to escape death and does so by creating Horcruxes in hopes of becoming immortal.

The reputable center of Diagon Alley can be accessed from the Leaky Cauldron by tapping one’s wand in a diagonal pattern on the wall. The shady Knockturn Alley is a homophone of ‘nocturnally’, referring to darkness and nighttime. “Morsmordre”, the incantation to cast the Dark Mark, means “take a bite out of death” when loosely translated. And the biggest one of all? Voldemort’s heritage and rise to power parallels Adolf Hitler’s. Oh J.K. Rowling, you clever, clever woman.

While hype was building for the release of the final book, Rowling revealed to fans that she’s always thought of Dumbledore as gay. She was surprised at the applause that greeted her statement. She sportingly says, “You needed something to keep you going for the next 10 years! …Oh my god, the fan fiction now, eh?”

In response, she said, “If I had known this would have made you this happy, I’d have announced it years ago.” Dumbledore, who had always believed in the power of love, found love himself in Gellert Grindelwald, his childhood friend who went dark. It made him sad that he had to defeat his friend in battle, but he did what was needed. This may have been one of the memories he was reliving when he drank the potion the night he died. 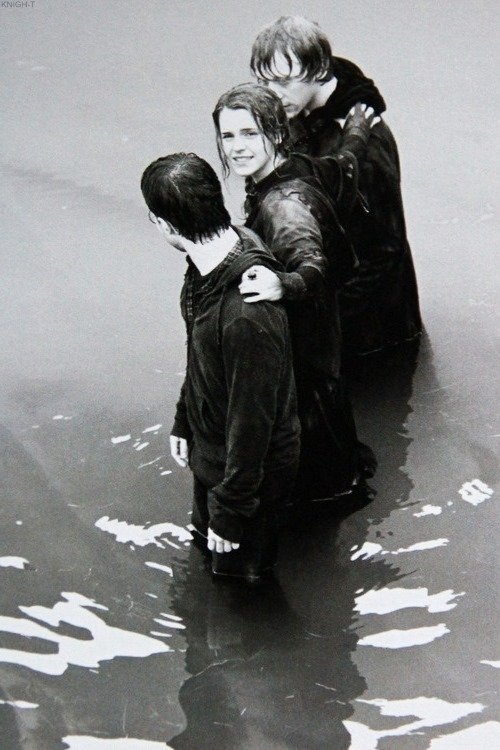 The power of three is shown by the Golden Trio- Harry, Ron and Hermione; the Deathly Hallows- the Invisibility Cloak, the Elder Wand, and the Resurrection Stone. The number seven is especially powerful. There are seven years of school in Hogwarts, seven players on a Quidditch team, seven Horcruxes, and seven Harry Potter books written. 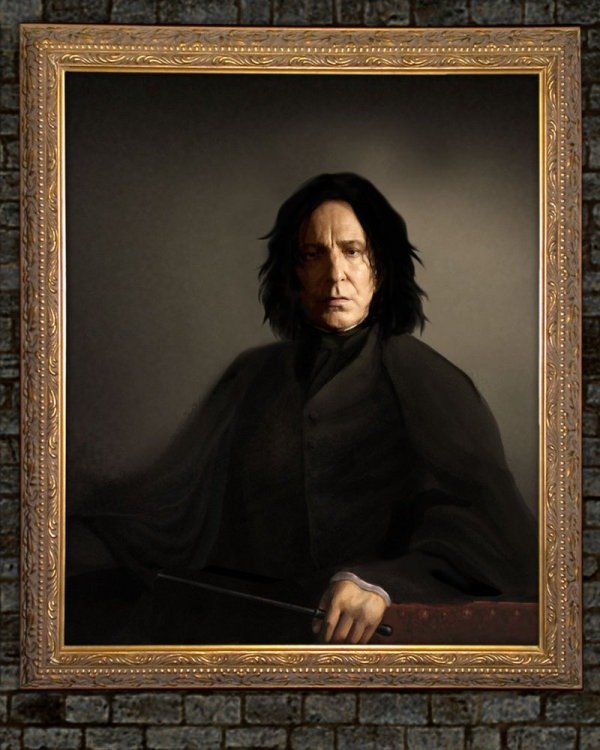 Severus Snape was hailed a hero after his loyalty to Dumbledore was revealed. Because he deserted his post by “doing a bunk”, he was not approved by past headmasters for a portrait. Rowling deliberately did not include Snape’s portrait in the epilogue, but reveals that Harry would have fought for Snape’s portrait to be made. Although he didn’t much like Snape, Harry can still appreciate Snape’s efforts and respect him for it. To that end, Harry would have used his “saving-people thing” to have the portrait made and hung right next to Dumbledore’s. Whether or not Harry would have talked to the portrait is a separate matter. Snape’s successor is Minerva McGonagall. 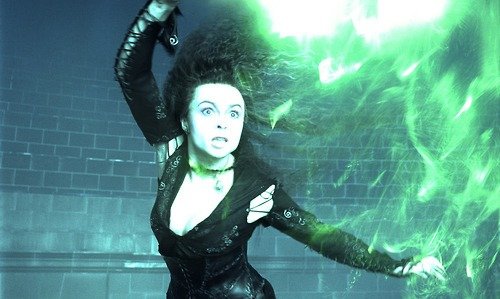 She is responsible for the catatonic state of Frank and Alice Longbottom as well as the death of Sirius Black. In the Final Battle, Molly Weasley is the one to kill her. Although Neville would have been a primary candidate to be the one to off Bellatrix, Rowling always knew it would be Molly. The reason is twofold: this battle represents the fierce maternal love of Molly versus the fanatic love of Bellatrix for her master. The second reason is to show that although Molly is a housewife with a good heart, she has other talents out of the kitchen.

If Arthur Weasley had died 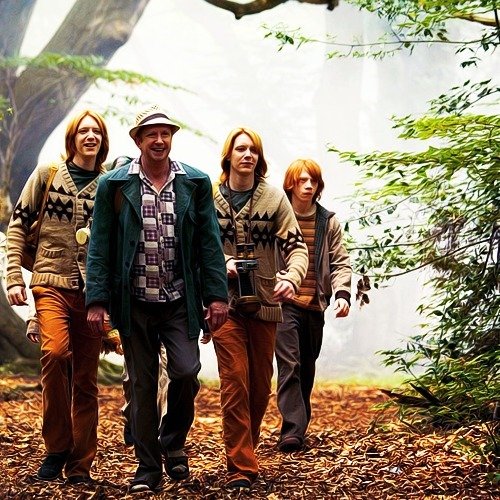 JK Rowling’s original plan for the books were very different. For one, Fred would have lived and Hermione and him would have had a relationship. Additionally, Arthur Weasley was originally killed by Nagini’s bite in Book 5.

Rowling decided against this mainly because of how it would affect Ron. Ron, as Harry’s best friend, provides comic relief through his admittedly juvenile behavior. The books themselves deal with dark subject matter, with death and evil as prominent motifs. Ron would have been affected greatly by the loss of his father and he would lose much of his humor in his grief. The incident did force him to acknowledge his family’s mortality without losing his father. Ron grows up because of this but still keeps the lovable and immature personality that is so uniquely him.

The theme of death 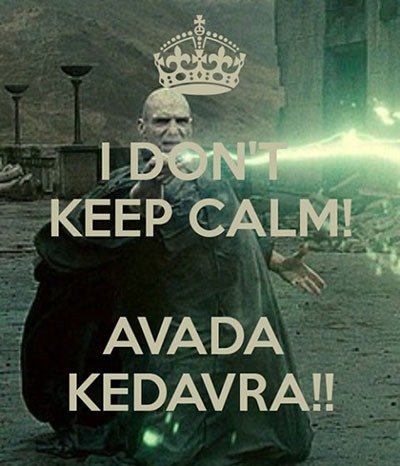 Death is a prominent theme throughout the series. JK Rowling’s own personal losses made it easier for her to write Harry as an orphan, as she could relate to him. The death of his first friend Hedwig is also used to show Harry’s maturity.

Her mother passed away due to multiple sclerosis before she had the chance to see her daughter become an international success. The loss of her mother hit her hard. Rowling’s relationship with her father is non-existent, so her mother’s passing left her essentially an orphan. In Harry Potter and the Deathly Hallows, Harry’s owl Hedwig is the first character to die and on the night Harry becomes an adult. This represents his “loss of innocence and coming of age”.

Petunia and Lily didn’t have a good relationship growing up because Petunia was jealous of her sister’s magic. Although she didn’t treat Harry well, she pauses at the door as if to say something to him on the night that the two part ways. Rowling has revealed that if Petunia had spoken, she would have said “ I do know what you’re up against and I hope it’s okay.”

The three Dursleys were thought to be regular, Harry-disliking muggles until the fifth book. Once Dudley has been exposed to the effects of the dementors, Petunia shows knowledge of the creatures, Azkaban, and receives a Howler from someone in the wizarding world. In the seventh book, Harry sends his relatives to safety before the protection of the blood wards fades. Dudley wishes him well while Petunia hesitates. Though she did neglect Harry throughout his life, this proves that blood does matter to her and she would have wished her nephew luck on his harrowing quest. 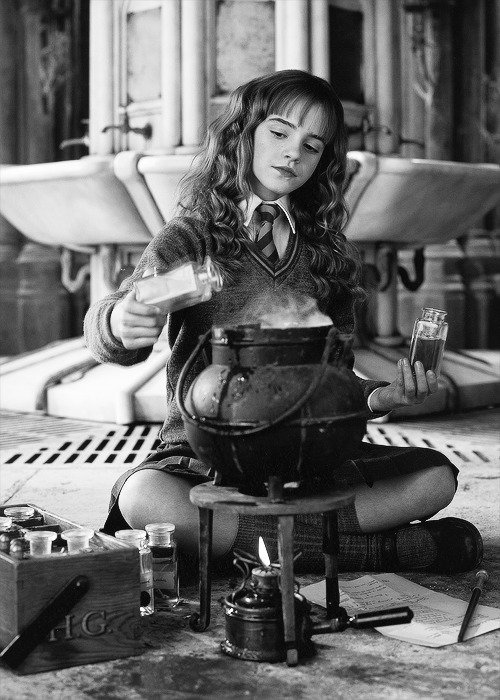 Out of all the characters in the Harry Potter series, Hermione Granger is the most similar to Rowling. Rowling has even said that Hermione and her focus on her schoolwork is a caricature of how Rowling was when she was younger. Another parallel? Rowling’s favorite animal is an otter. It’s no coincidence that Hermione’s patronus is also an otter.

Hermione is a bossy but kind-hearted friend of Harry’s who spends her free time with her nose in a book. She is deliberately described in the books as a plain, everyday girl with bushy brown hair. This is to give the image that nothing is particularly special about her looks. Instead, her value rests in her intelligence. This is to give her character female empowerment. Rowling has mentioned that all the girls should aspire to be more like Hermione rather than Pansy Parkinson, who grows out of her pug looks to become classically beautiful. 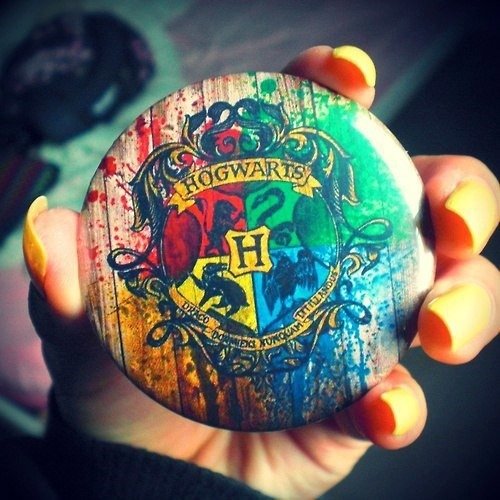 Colors have significance in the world of Harry Potter. Red represents good while green is malevolent. Take for example the times Harry and Voldemort face off. The red Expelliarmus sent by Harry Potter clashes with the green Avada Kedavra Voldemort uses to create a beam of pure gold light.

The two conflicting houses in Hogwarts are Gryffindor and Slytherin. Their house colors are red and gold and silver and green, respectively. The clash between red and green also represent a large battle. Examples of red as good are shown by Gryffindor’s red robes, the crimson Hogwarts Express train, Harry’s red ink, the red hair of the historically Light Weasley family, and the red roof of the Burrow. Green is the color of Slytherin House and is the color of Harry’s first memory- the night his mother died by Voldemort’s killing curse.

How it all started 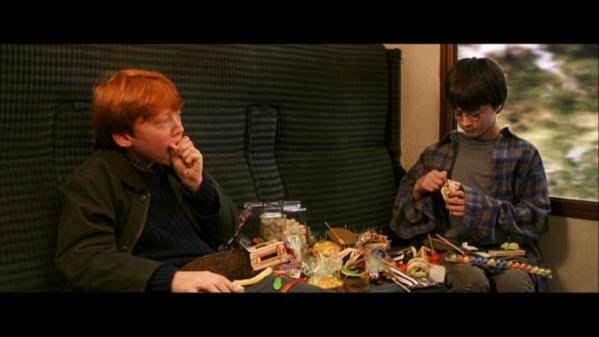 J.K. Rowling first got the idea for Harry Potter when she was travelling back home on a crowded train in London. When inspiration struck her in the form of a messy-haired boy with glasses, she didn’t happen to have pen and paper on hand. Instead, she spent the rest of the four hour train ride brainstorming ideas in her head. It wasn’t hard for her to imagine, as Harry just “strolled into her head”.

From a young age, she had a habit of creating stories and characters. Although we’d love to see the first drafts, she admits to being glad she didn’t write it down. According to Rowling, the ideas came to her so fast and furious that she wouldn’t have been able to keep up with them if she had to take time to write them down. By the time her train arrived at the station, Harry Potter and his adventures were starting to develop. 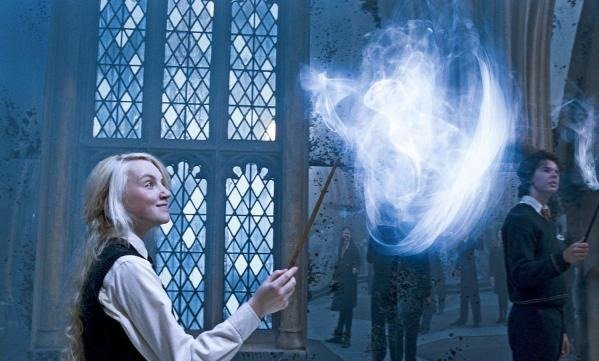 J.K. Rowling went through a bitter divorce while she was writing the books. The depression she felt inspired the creation of Dementors, the soul-sucking creatures that guard the wizarding prison Azkaban.

She also became a single mother as she struggled to raise her two children. Understandably, it was a dark time in her life. As you may recall, the only defense against dementors is the Patronus charm, which uses happy memories to combat the bleak effects of the dementors.