Here is part 9 of the Harry Potter Backstory series about Peeves from Pottermore by J.K. Rowling.

Peeves the Poltergeist is a spirit haunting Hogwarts and its inhabitants. He frequently causes trouble and is at constant war with the caretaker Filch. He enjoys getting students into trouble.

The name ‘poltergeist’ is German in origin, and roughly translates as ‘noisy ghost’, although it is not, strictly speaking, a ghost at all. The poltergeist is an invisible entity that moves objects, slams doors and creates other audible, kinetic disturbances. It has been reported in many cultures and there is a strong association with the places where young people, especially adolescents, are living. Explanations for the phenomenon vary all the way from supernatural to scientific. 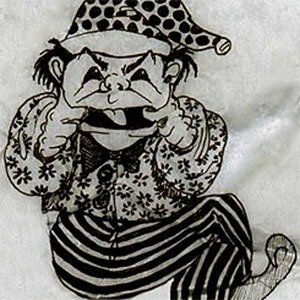 It was inevitable that, in a building bursting with teenage witches and wizards, a poltergeist would be generated; it was likewise to be expected that such a poltergeist would be noisier, more destructive and harder to expel than those that occasionally frequent Muggle houses. Sure enough, Peeves is the most notorious and troublesome poltergeist in British history. Unlike the overwhelming majority of his colleagues, Peeves has a physical form, though he is able to become invisible at will. His looks reflect his nature, which those who know him would agree is a seamless blend of humour and malice. 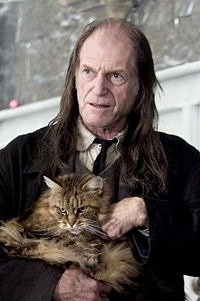 Peeves is well-named, for he has been a pet peeve of every Hogwarts caretaker from Hankerton Humble (appointed by the four founders) onwards. Though many students and even teachers have a somewhat perverse fondness for Peeves (he undoubtedly adds a certain zest to school life), he is incurably disruptive, and it generally falls to the caretaker of the day to clean up his many deliberate messes: vases smashed, potions upended, bookcases toppled and so on. Those with weak nerves deplore Peeves’ fondness for suddenly materializing an inch from the end of their noses, hiding in suits of armor or dropping solid objects on their heads as they move between classes. 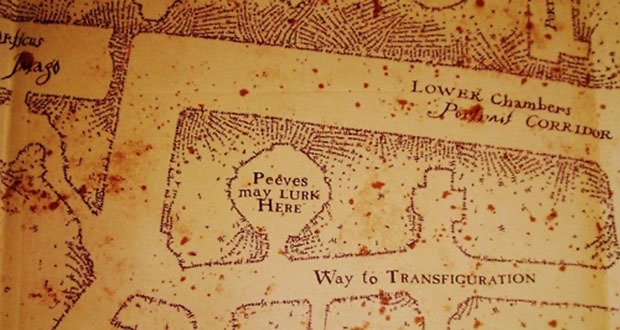 Several concerted efforts to remove Peeves from the castle have resulted in failure. The last and most disastrous was made in 1876 by caretaker Rancorous Carpe, who devised an elaborate trap, baited with an assortment of weapons he believed would be irresistible to Peeves, and a vast enchanted bell jar, reinforced by various Containment Charms, which he intended to drop over the poltergeist once he was in place. Not only did Peeves break easily through the giant bell jar, showering an entire corridor with broken glass, he also escaped the trap armed with several cutlasses, crossbows, a blunderbuss and a miniature cannon. The castle was evacuated while Peeves amused himself by firing randomly out of the windows and threatening all and sundry with death. A three-day standoff was ended when the Headmistress of the day, Eupraxia Mole, agreed to sign a contract allowing Peeves additional privileges, such as a once-weekly swim in the boys’ toilets on the ground floor, first refusal on stale bread from the kitchen for throwing purposes, and a new hat –to be custom-made by Madame Bonhabille of Paris. Rancorous Carpe took early retirement for health reasons, and no subsequent attempt has ever been made to rid the castle of its most ill-disciplined inhabitant.

Peeves does recognise authority of a sort. Though generally unimpressed by titles and badges, he is generally amenable to the strictures of the teachers, agreeing to stay out of their classrooms while they teach. He has also been known to show an affinity for rare students (notably Fred and George Weasley), and is certainly afraid of the ghost of Slytherin, the Bloody Baron. 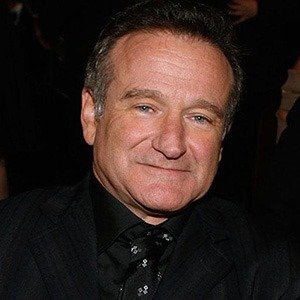 Bonus fun fact -not from pottermore-: Rosie O’Donnell and Robin Williams were two of the celebrities who had asked for a role in the movies without pay. Also, it was rumored that Robin Williams asked for the part of Peeves (but I couldn’t find a decent sauce for this).