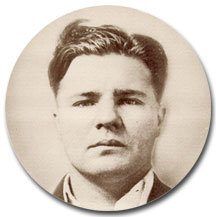 1. “Pretty Boy” Floyd, one of America’s most notorious bank robbers, on bank heists, he was known for destroying mortgage papers, consequently freeing hundreds of people from property debt. – Source

2. Despite having DNA evidence of the suspect, German police could not prosecute a $6.8M jewel heist because the DNA belonged to identical twins, and there was no evidence to prove which one of them was the culprit. – Source

3. The world’s largest diamond heist was solved after the thieves dumped a garbage bag of evidence in the woods on the property of a man who happened to always pester the cops about garbage on his property. – Source

4. The Stopwatch Gang was a group of three Canadian bank robbers who were known for their brilliant planning of heists, politeness to victims, and non-violent methods all while robbing banks within 90 seconds. – Source

5. “Master idiot” Peter Scott was a burglar whose victims include Sophia Loren and the Shah of Iran. Disturbed during a heist by a woman, he shouted: “‘Everything’s all right, madam,’ and she went off to bed thinking I was the butler.” On other occasions, he would reassuringly shout “It’s only me!”. – Source

6. The largest art heist in history was completed in 1990 at the Isabella Stewart Gardner Museum in Boston, totaling 13 paintings worth $500M. To this day, all of the empty frames are still hanging, acting as placeholders until the pieces are returned. – Source

7. There was a bank heist in which the robbers got away with $30 million cash, and carefully covered their tracks by wiping down everything down in their townhouse before they left; however, they forgot to start the dishwasher and so their fingerprints were found on dirty dishes. – Source

9. Canada had a multi-million dollar maple syrup heist around 6 years ago, and have a maple syrup “cartel”. – Source

10. Sweden accelerated its move to become a virtually cashless society in 2009, following a massive cash heist in which criminals landed a stolen helicopter on a depot roof, entered via a skylight and used Kalashnikovs to rob $6.5 million, none of it recovered. – Source

11. In 1978, the Canadian Museum of Nature fabricated a heist story to cover up the fact that they’d misplaced their Goodwill Moon Rock. The story was only given to one person: the 17-year-old who’d delivered it 4 years earlier. He later found it in 2000 in a giant warehouse for museum exhibits. – Source

12. Bank heists almost never happened, in the wild west days, no matter how much Hollywood tries to make us believe. – Source

13. The Queen Consort of Hungary in the 1400s, Elizabeth of Luxembourg, after being widowed, asked her chambermaid to steal the physical crown of Hungary, and the chambermaid wrote a book about the successful heist. – Source

14. Albert Spaggiari was a French criminal known as the mastermind of the 1976 Société Générale bank heist, which at the time was the worlds greatest bank heist. He was eventually caught but made a dramatic courtroom escape and remained free for the rest of his life. – Source

15. An Italian mob pulled an elaborate heist involving olive oil, using adulterated and chemically treated oils and labeling their containers as extra virgin. The profit margin of this heist was said to have “three times the profit margin of cocaine.” – Source

17.  One of the largest heists in English history was committed by a gang comprising of mostly seniors. – Source

18. Spam heists in Hawaii prompt retailers to put them in locked cases. To buy a can of Spam, you have to ask a salesperson to retrieve it. – Source

19. China’s one of the largest bank heist was by a man who stole the money in order to buy lottery tickets, his plan was to win the lottery and put the money he stole back before anyone noticed. – Source 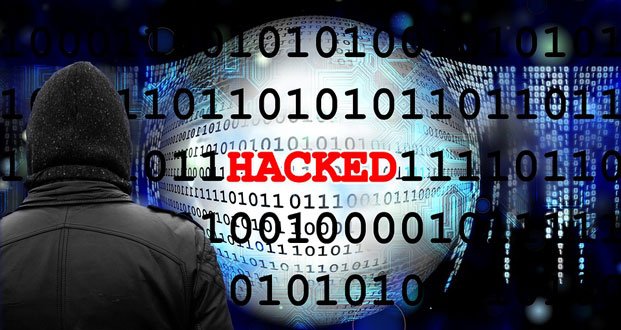 21. In 2015, Cyber Hackers stole approximately $1 billion from over 100 banks in one of the largest bank heists ever. – Source

22. Garrett Brock Trapnell was a plane hijacker. He once allegedly stole a plane, flew to the Bahamas, and pulled off a $100,000 jewelry heist. Escaped from a couple of mental institutions before the last hijack, he sued in court after he said he was scammed out of a $300k yacht months earlier. – Source

23. In 2011, in Paris, in a heist, two Frenchmen crashed into a delivery truck stealing 6,000 copies (value of 400,000 euros) of MW3 then proceeded to throw tear gas at the people who came out of the truck and made their escape. – Source

24. A typo stopped a Billion dollar bank heist from the Federal Reserve. – Source

25. The largest ruby in the world was sculpted into the shape of the liberty bell, is worth 2 million dollars, and was stolen in 2012 in a jewelry heist. – Source

26. The robbers involved in the great train robbery of 1963 were caught because of fingerprints left on a monopoly game they played with the stolen money shortly after the heist. – Source