1-5 Facts About Hiroshima and Nagasaki 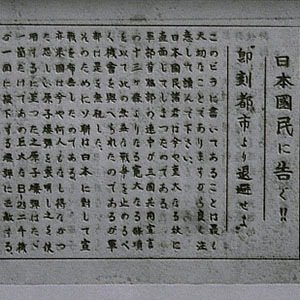 1. The US Airforce before dropping the A-bomb, dropped pamphlets in Hiroshima warning people of the bombing. – Source

2. For decades, the mayor of Hiroshima, Tadatoshi Akiba wrote letters of protest each time a nuclear test was conducted, as a plea to end the use of nuclear weapons. – Source

3. The Flame of Peace in Hiroshima, Japan has burned since 1964 in honor of the victims and will be extinguished only when all nuclear weapons are removed from the world and the Earth is free from nuclear threat. – Source

4. After the first Hiroshima atomic bombing in Japan, one Hiroshima policeman went to Nagasaki to teach police about ducking after the atomic flash. As a result of this timely warning, not a single Nagasaki policeman died in Nagasaki’s atomic blast. – Source

5. In 1945, a man named Tsutomu Yamaguchi survived the atomic blast at Hiroshima, dragged himself into an air-raid shelter, spent the night there, in the morning caught a train so he could arrive at his job on time in Nagasaki, where he survived another atomic blast. – Source

6-10 Facts About Hiroshima and Nagasaki 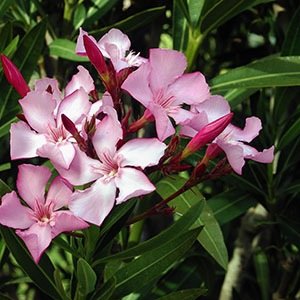 6. The oleander is the official flower of the city of Hiroshima because it was the first thing to bloom again after the explosion of the atomic bomb in 1945. – Source

7. About 12 cyanide pills were kept in the cockpit of the Enola Gay (plane carrying A-bomb), and pilots were instructed to take them if the mission was compromised during the bombing of Hiroshima – Source

8. Only 3 of the 12 people on board the Enola Gay actually knew the real purpose of their mission to Hiroshima. – Source

9. After the atomic bombing of Hiroshima, hundreds of people (many of them already injured), made their way towards Nagasaki. Of these, 165 survived, both the bombings and lived to tell the tale. – Source

10. An American made bank vault saved the contents from the atomic bombing of Hiroshima. After reconstruction of the bank, the new manager sent a congratulatory letter to the vault manufacturer. – Source

11-15 Facts About Hiroshima and Nagasaki 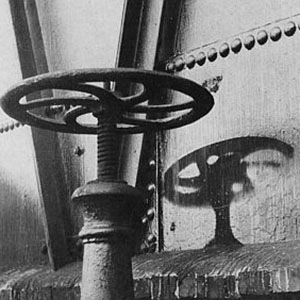 11. “Hiroshima shadows”: When the atomic bomb was dropped on Hiroshima, the intensity of the blast was of such intensity that it permanently burned shadows of people and objects into the ground. – Source

12. In 1945, Japanese radar operators detected a small number of incoming US planes (one of which carried the nuclear bombs to be dropped on Hiroshima and Nagasaki), but decided not to intercept them as the small number of planes were not seen as a threat. – Source

13. The most destructive bombing event of WWII was neither Hiroshima nor Nagasaki. It was the Operation Meetinghouse, the American firebombing of Tokyo. – Source

14. The Gingko Biloba species of tree is 270 million years old. It rarely suffers disease or insect attack and was one of the only living things to survive the Hiroshima nuclear bombing. The trees healed quickly and are still alive today. – Source

15. The ancient board game of “Go” was being played at a tournament in Hiroshima in 1945, when the atomic bomb went off only 3 miles away. Though the building was damaged and people were injured, they finished the match later that same afternoon (white won) – Source

16-20 Facts About Hiroshima and Nagasaki 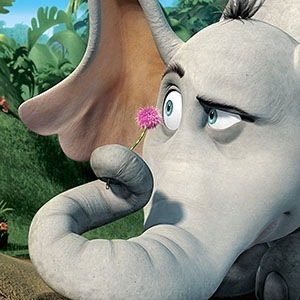 16. “Horton Hears a Who” was an allegory about Hiroshima and the America’s occupation of Japan and may have been Dr. Seuss’s way of apologizing for his support of Japanese Internment. – Source

17. It took Tokyo about 3 hours before they realized Hiroshima had been bombed. – Source

18. The USA originally denied that atomic bombs caused any lingering radioactivity whatsoever, calling such claims as Japanese propaganda. Even New York Times ran an article with the headline “NO RADIOACTIVITY IN HIROSHIMA RUIN,” citing only military sources and ignoring eyewitness accounts of radiation sickness. – Source

19. The Japanese army planned to have every man, woman and child to fight America to the death Kamikaze style even after Hiroshima. They even attempted a coup when the Emperor gave word to surrender – Source

20. The closest known survivor of the Hiroshima atomic bomb was in a basement only 170m (560 ft) from ground zero. – Source

21-25 Facts About Hiroshima and Nagasaki 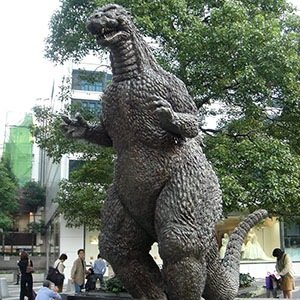 21. Godzilla was created by Japan as a reaction to the bombings of Hiroshima, the monster itself spawning as a result of the nuclear detonations of Hiroshima and Nagasaki – Source

22. During WW2, the Japanese city of Kyoto was spared from atomic destruction solely by Henry L Stimson; the sitting US Secretary of War who had admired the city during his honeymoon decades earlier. Nagasaki took its place on the list.

23. Major Charles Sweeny, the pilot of the B29 that nuked Nagasaki, ignored direct orders during the bombing, nearly causing the plane to crash due to low fuel. Instead of investigating Sweeny’s conduct, the chief of staff for the Strategic Air Forces simply stated “You f**ked up, didn’t you, Chuck?” – Source

24. Around 25% of the deaths caused by the atomic bombs in Hiroshima & Nagasaki were conscripted Koreans. – Source

25. The US dropped about 49 practice bombs nicknamed “pumpkin bombs” that killed 400 and injured 1,200 before nuking Hiroshima and Nagasaki. – Source